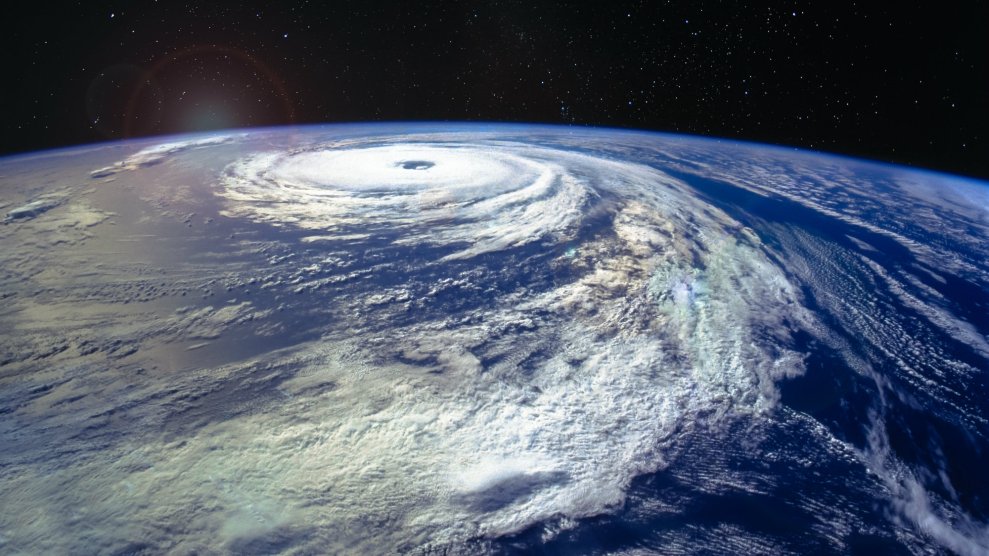 Hurricane Florence over the Atlantics close to the US coast, viewed from the space stationElen11/Getty Images

On Monday, dozens of regional and state emergency managers were scheduled to convene in Miami for a weeklong course preparing them for the upcoming extreme weather season. The annual Emergency Management Institute, as it is formally called, is the main way federal authorities train their state and local counterparts on the basics of navigating deadly natural disasters, including when to begin evacuations and how to prepare for the effect of a storm surge.

But the course has been canceled this year and is unlikely to be rescheduled—another casualty of the government shutdown, which on Saturday became the longest in history. The Federal Emergency Management Authority, which conducts the training with specialists from the National Hurricane Center, “may only provide services that directly apply to the protection of human life or the protection of property,” a spokesperson tells Mother Jones. Day-to-day operations are close to fully staffed, but research, development, and training exercises—all key aspects of the outreach work these agencies do before hurricane season starts in May—have been suspended. Winter normally offers government staffers a reprieve from hurricane and tornado season, giving them time to update and test forecasting models, in addition to training first responders in the event of future natural disasters. But none of that work can be completed during the shutdown.

This is also peak season for prep for severe weather season – storm spotter training, preparedness events and talks, EM meetings, etc – and none of that happens during the shutdown.

The timing could hardly be worse. The last two years have produced three of the five costliest hurricanes to hit the United States on record, including Hurricane Maria, which devastated Puerto Rico and left roughly 3,000 people dead. This past year’s hurricane season was relatively mild by historical standards, but still included two major storms and a series of horrific wildfires in California. “This is an administration that thinks nothing of the future,” says David Titley, a retired naval officer who formerly served as chief operating officer of the National Oceanic and Atmospheric Administration.

Even though many employees at NOAA, which includes the National Hurricane Center, have not been furloughed, their work is limited in scope and virtually impossible to do without the assistance of partner agencies. The Environmental Modeling Center in Maryland has been all but shuttered. More than 95 percent of NASA employees have been sent home, removing an important resource for scientists in need of satellite imagery for research.

Ahead of severe weather season, these few weeks would normally be when government employees update and test existing forecasting models, but at the Environmental Modeling Center, which runs the current weather forecasting model, only one staffer is working, according to the Washington Post. And that person is not tasked with fixing the model when it runs poorly, as it was reported to have done last month. “The US model is basically standing still. Nothing’s happening right now,” Blake says. (Neil Jacobs, deputy administrator of NOAA, disputed this finding in an op-ed published in the Post and Courier, writing, “Model accuracy ebbs and flows as a function of complex weather patterns.”)

The National Weather Service had actually planned to use this winter to unveil a new global forecasting model as part of an ongoing effort to catch the United States up with better-performing models overseas. “It’s the best generation of hurricane models,” Blake says. But the testing and research that are necessary before the model’s rollout are impossible to accomplish during the shutdown, which means it might not even be ready in time for hurricane season.

That lack of forward focus might blunt the accuracy of future forecasting models come hurricane season, but it already has eliminated a crucial opportunity to train emergency managers. Former FEMA Administrator Craig Fugate told NPR that none of this week’s training sessions can be rescheduled this year. “And that means those people are not getting the training they were trying to get to get better at what they’re doing,” he said. Perennial staff shortages, which FEMA have acknowledged as a factor contributing to its scattershot response to Hurricane Maria, will not be addressed either. The agency cannot onboard new staffers during a shutdown.

A FEMA spokesperson noted in an email that “emergency work as well as public infrastructure and mitigation projects” are considered essential and not impacted by the shutdown. That designation does not include management training, despite sessions having essential-sounding names like “Determining which Critical Decisions Need to be Made Based on Hazards, Vulnerability, Risk, and Impacts,” according to a schedule reviewed by Mother Jones.

The FEMA spokesperson would only say, “Training and exercises are suspended during a lapse in appropriations.”