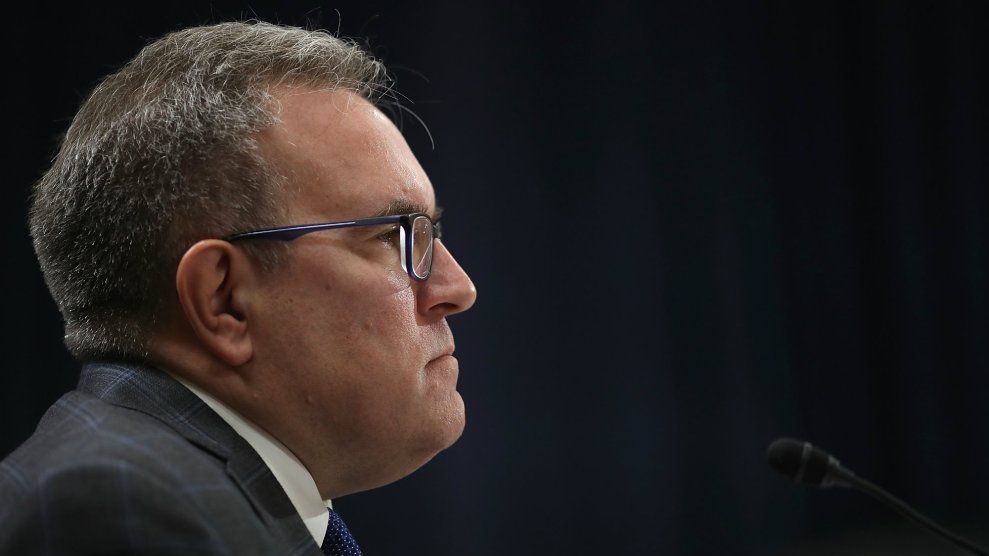 More than a year after the US Environmental Protection Agency took down information on climate change from its website for an “update”, it now seems uncertain whether it will ever reappear.

In April last year, the EPA replaced its online climate change section with a holding page that said the content was being updated to “reflect the agency’s new direction under President Donald Trump”.

Information previously found at epa.gov/climatechange made it clear that human activity was warming the planet, resulting in harm to Americans’ health as well as crucial ecosystems on which humans depend.

The “update” page has now given way to a page that simply states: “We want to help you find what you are looking for.” Below, there are links to search other areas of the EPA website, as well as to an archived “snapshot” of the site from the day before Trump became president in January 2017. The switch was observed by the Environmental Data & Governance Initiative, which tracks changes in government websites.

“It’s an embarrassment. It is a ghost page,” said Judith Enck, who was EPA regional administrator during Barack Obama’s presidency. “It’s a bit like Amazon not allowing the public to order books via its website—it’s that fundamental. There’s no other issue at the EPA more important than climate change; it affects air, water, health and whether large parts of the world will survive.”

“It’s a bit like Amazon not allowing the public to order books via its website—it’s that fundamental.”

Scott Pruitt, a climate change skeptic who was Trump’s pick as EPA administrator until he resigned in July amid a long-running ethics scandal, repeatedly questioned basic scientific understanding of climate change while he headed the agency, such as whether carbon dioxide is a primary driver of planetary warming.

The EPA under the Trump administration has attempted to roll back all key measures designed to address climate change, such as limits on pollution from coal plants, rules to prevent methane emissions from oil and gas drilling and tighter fuel efficiency standards for cars. Andrew Wheeler, a former coal lobbyist who is now acting EPA administrator, has said “federal regulations are not necessary to drive greenhouse gas reductions”.

A senior EPA official, who asked not to be named, said: “Wheeler has been somewhat meticulously going through the mess Pruitt left behind and I think is finally getting to the place of making some decisions on stuff.” The official added: “I’ve been surprised that we are still even talking about climate change and that there are still people nominally assigned to that beat in the air office.”

Enck said that EPA career staff are “frustrated” and “ashamed” about the new stance on climate change and urged her former colleagues to speak out.

The administration also began taking the ax to climate change language across other government websites in the spring of 2017.

“The EPA website is used by decision and policy makers, not just for high school student assignments,” she said. “The lack of timely, accurate information is part of a much deeper problem that the agency is on the sidelines of the most urgent environment issue of our time.”