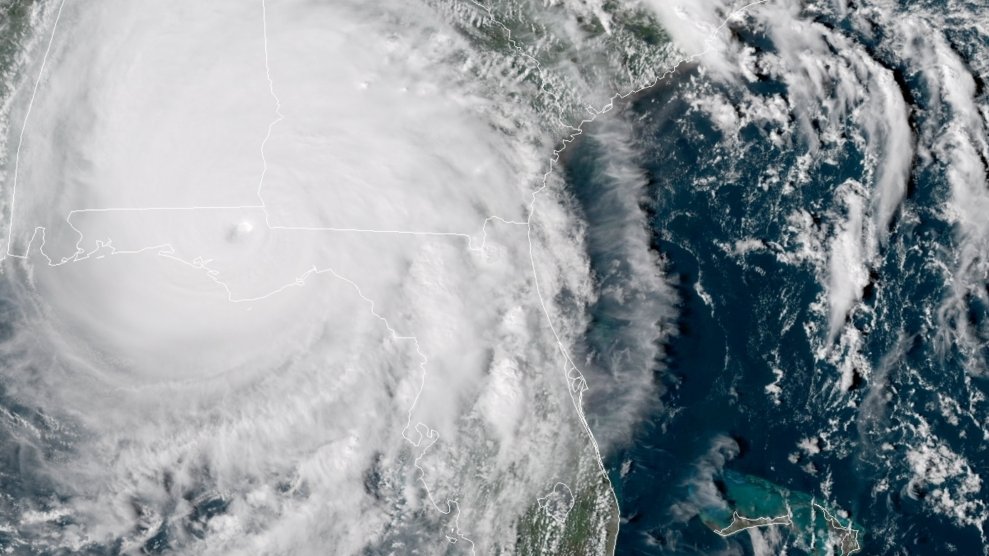 Hurricane Michael made landfall near Mexico Beach, Florida, with 155 mph winds. About 375,000 people are under a mandatory evacuation, but it’s unclear how many people have left.

A rare extreme wind warning is in effect in parts of the Panhandle, and the National Weather Service is advising Floridians to treat the winds as they would treat an incoming tornado.

An extreme wind warning is in effect Panama City FL, Lynn Haven FL, Callaway FL until 3:15 PM CDT for winds in excess of 130 mph. Treat these imminent extreme winds as if a tornado was approaching and move immediately to an interior room or shelter. #HurricaneMichael pic.twitter.com/varLTSyGnB

Houses are being destroyed in Mexico Beach.

A look at what houses in #Mexico Beach, #Florida look like right now. This is a follow up from the previous clip posted. They are now submerged and were no match for #HurricaneMichael (via Tessa Talarico) #Hurricane #Michael #HurricaneMichael2018 pic.twitter.com/GJENrhFJha

The wind isn’t the only aspect of the storm that has forecasters worried. A storm surge up to 14 feet could inundate the area and devastate local communities.

Update, October 10, 6:40 p.m. ET: Experts say the storm surge could force red tide—a toxic algae bloom that’s been ravaging Florida’s coast in the past months—ashore and into coastal neighborhoods. Red tide can be deadly for marine mammals, fish, and sea turtles, and can cause respiratory problems for people, but it’s unclear what would happen if the bloom is pushed inland. “A storm surge or king tide could bring red tide up onto land,” Larry Brand, a professor in the Department of Marine Biology and Ecology at the University of Miami, told Bloomberg. “The toxin would get into the air and people would be breathing it.”

We’re about to watch a hurricane pick up a red tide and dump it on land. Nobody’s sure what will happen next. https://t.co/tWgIs5psC8