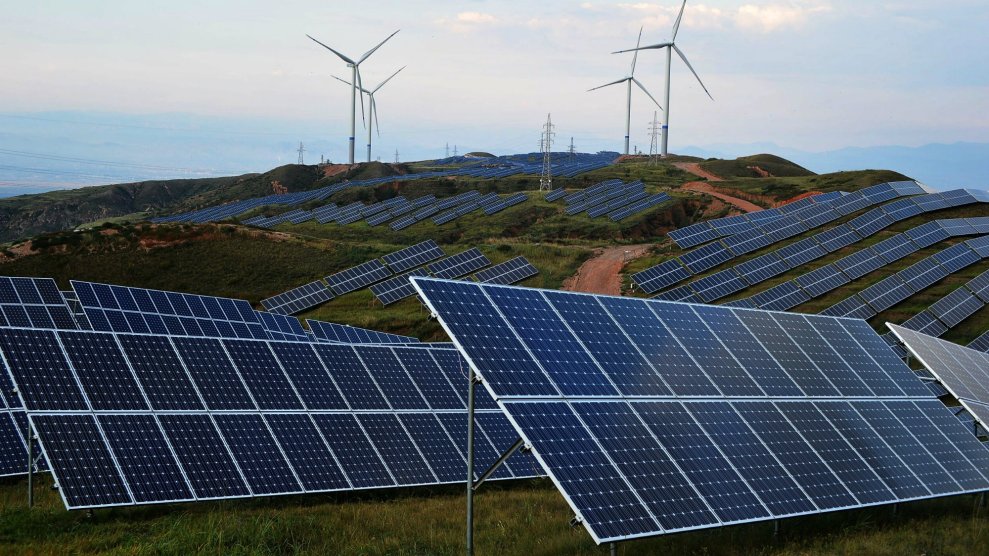 If you want to get electricity generated by fossil fuels in California you’re soon going to be out of luck. A bill that just made it through the legislature requires the state’s electricity to come entirely from zero-carbon sources by 2045.

Environmentalists campaigned hard for the bill. Michael Brune, executive director of the Sierra Club, called its passage, “a pivotal moment for California, for the country and the world.”

There’s a key term of art in this clean-energy bill that’s easy to miss if you aren’t clued in. Activists and like-minded politicians often campaign for “100 percent renewable,” but this bill mandates 100 percent carbon-free sources of electricity. Catch that? It means California is likely to replace fossil fuels with more electricity from large hydroelectric dams (not considered renewable under California rules), nuclear reactors, and any new technologies, like fusion, that become viable in the next 30 years.

There’s a big debate among greens over how much wind and solar an electric grid can handle.

Right now, California gets about a third of its electricity from renewables. Another third comes from natural gas. The rest comes from large hydroelectric dams, nuclear, and a little coal.

Most experts say that California—and the United States as a whole—could eventually get 80 percent of its electricity from renewables, but it’s really hard to fill that last 20 percent (see explanations here and here). A few academics, most famously Stanford’s Mark Jacobson (a 2016 Grist 50 member), think 100 percent renewable energy is within our grasp.

The new bill says that California will have to get half its electricity from renewables by 2027 and 60 percent by 2030. That seems within reach because the state expects to produce 50 percent renewable electricity by 2020.

Where will the other half come from? California’s network of dams provides as much as a fifth of its electricity in some years, but that depends on the weather. In the middle of the drought in 2015, California hydropower was less than half of what it is in an average year.

In-state nuclear looks like a long shot. It provides 10 percent of the state’s electricity, but the state’s only nuclear plant, near San Luis Obispo, is slated to shut down in 2025.

And then there’s conservation: If people turn off their lights and air conditioners, the state won’t need to generate as much electricity.

Finally, there’s generation from outside the state, which is the most likely way that California will compensate for any shortfall. Californians already buy hydropower from Washington and Oregon, along with some nuclear electricity from Arizona. If Brown signs the mandate into law, they’re likely to get more.

Of course, climate action is a planetary problem, not a local problem, so there’s only so much one state can do. It doesn’t help the climate if California buys Arizona’s low-carbon electricity while Arizona buys the fossil-fuel power that California shunned. But California could prove to other states that switching to clean electricity isn’t so hard. Massachusetts, New Jersey, New York and Washington, DC are considering bills to make the switch. Hawaii already has a carbon-free law—not just for electricity, but for all forms of energy.

Brown is holding out for another bill that would allow California’s electric grid to bring in renewable resources from say, windy Wyoming, to big coastal cities like Los Angeles. The larger the grid, the greater the likelihood that it contains a spot where the wind is blowing and the sun is shining. But many labor and environmental justice groups are fighting against that bill on the grounds that it would give away local control. The Sierra Club and Earthjustice oppose it; the Natural Resources Defense Council and the Union of Concerned Scientists back it.

In the meantime, it seems like every environmental group is cheering the passage of the zero carbon bill.

By shooting for 100 percent carbon free, instead of 100-percent renewable, California is shifting from the true north of activists’ demands. Yet activists appear exultant. It’s like what New York’s Governor Mario Cuomo said back in 1985, “You campaign in poetry. You govern in prose.”