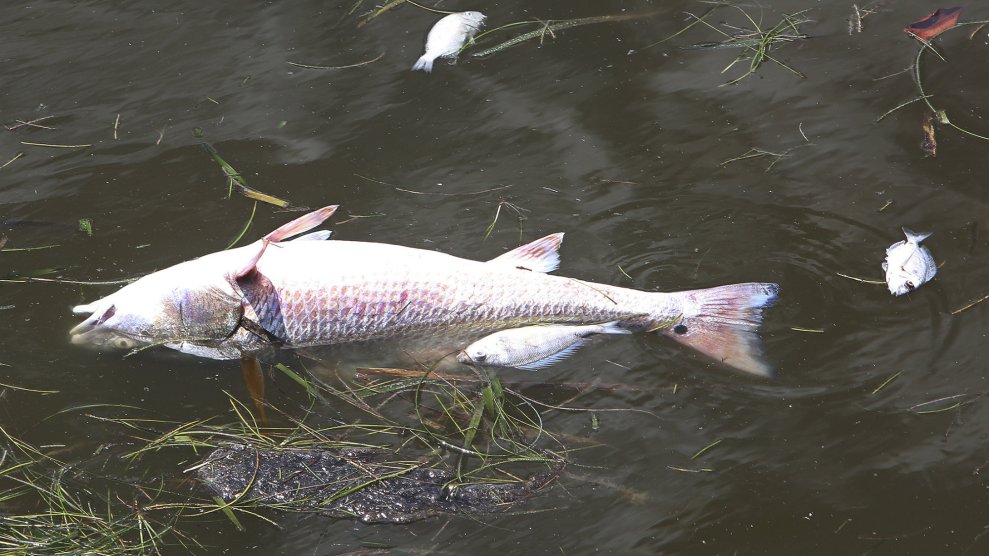 Florida Gov. Rick Scott (R) declared a state of emergency on Monday as a months-long red tide continues to spread throughout the region’s waters, killing hundreds of turtles and sickening people in coastal communities.

The red tide―a harmful bloom of algae that occurs naturally―began last year and has spread through the Gulf of Mexico, now spanning some 150 miles. Fish and other wildlife have been washing up dead on beaches throughout Florida, including more than 300 sea turtles, manatees and even a whale shark that may have been killed by the phenomenon.

“I am issuing an emergency declaration to provide significant funding and resources to the communities experiencing red tide so we can combat its terrible impacts,” Scott said in a statement on Monday.

The declaration will provide $1.5 million in emergency funding and make state scientists available to help with clean-up efforts and animal rescues.

The bloom of algae began last October and extends from Naples to the Everglades region, with no sign of slowing down. Residents have reported some negative health effects, including eye, nose and throat irritation, due to the vapors released by the red tide, according to the Washington Post.

“I can’t describe the smell. It’s like unbelievable,” Alex Kuizon, a resident of Bradenton Beach, told the Associated Press last week. “It makes you throw up.”

More than 100 tons of dead fish have been removed from area beaches, NPR reports, and officials say they’re worried about the tide’s impact on tourism.