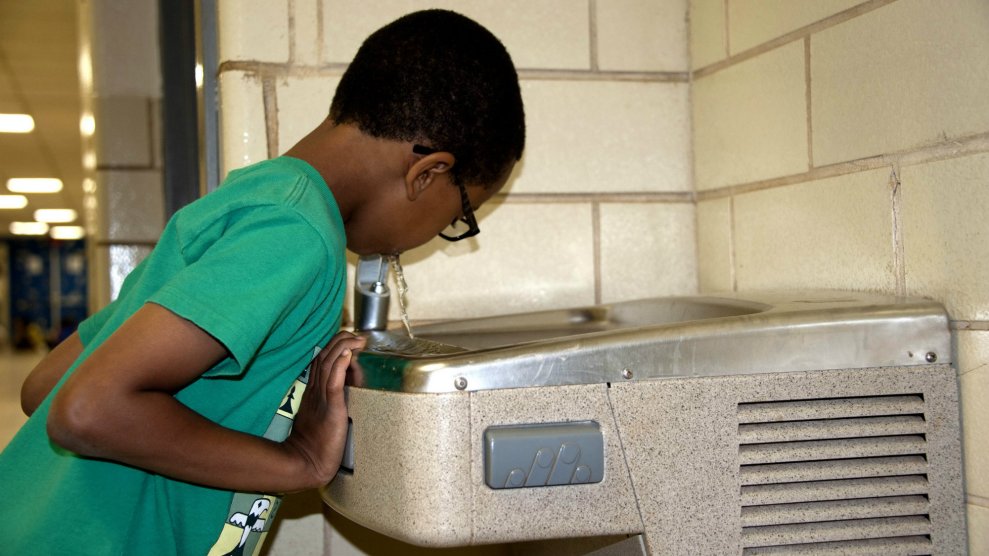 Most American schools either haven’t tested their water for lead in the last year or don’t know whether they have. Of the schools that have performed the test, more than a third have report elevated levels. Those are the main findings of a report, based on a survey conducted in 2017, published by the Government Accountability Office on Wednesday.

The 2014 water crisis in Flint, Michigan, which exposed as many as 12,000 children to dangerous levels of lead, renewed a national conversation on the dangers of the pervasive problem of lead in the water supply. In children, lead exposure can cause a host of long term physical and psychological problems, including learning disabilities, neurological effects, kidney disease, and aggressive behavior.

“No child should be put at risk for toxic lead exposure simply by drinking water at school,” wrote the House and Senate Democrats, who had requested the report, in a joint statement after its release. “This report should serve as a wake-up call to the Trump Administration that it must take immediate action to address lead in drinking water.”

As part of its report, the GAO issued a set of recommendations to improve lead monitoring in schools. While the agency stopped short of recommending mandatory lead testing in all schools, it asked the EPA to update and clarify guidance materials and testing schedules. It also suggested that the EPA and the Department of Education should work together to “encourage testing for lead in school drinking water.” Currently, just eight states require schools to test for lead, though another 13 help fund schools’ efforts to do so, according to the EPA.

In 2005, the Environmental Protection Agency pledged to work closely with school districts on lead testing, but the report notes that it has not made good on that promise.