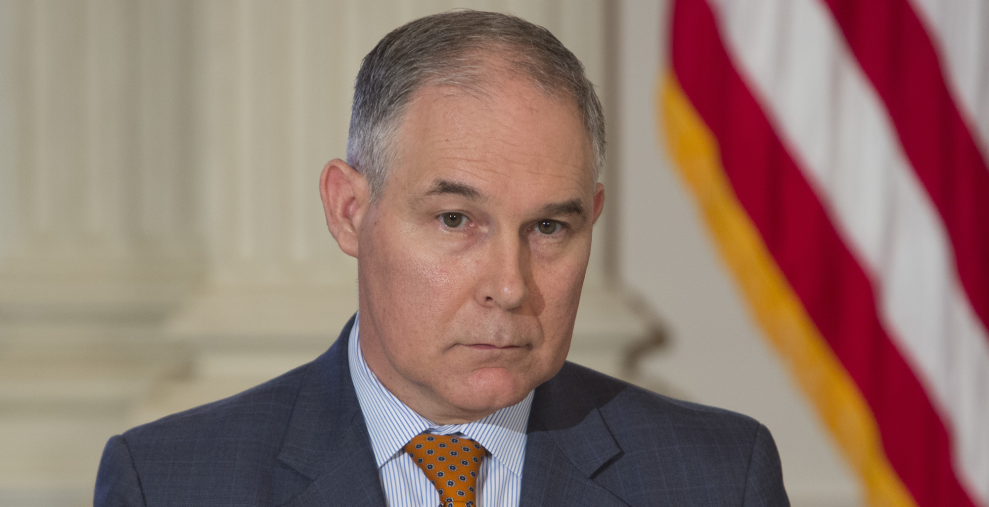 The acting director of the Office of Government Ethics has written a stern letter outlining concerns over Pruitt’s seemingly endless list of controversies, warning that the American public’s trust in government was being imperiled by his mounting scandals.

In a letter addressed to EPA deputy counsel Kevin Minoli, David Apol listed several of the most serious reports concerning Pruitt’s potential ethical violations. They included Pruitt’s discounted housing rental arrangement with an energy lobbyist and his use of first-class flights for official EPA trips. Apol encouraged the agency to take the appropriate actions to address the scandals, though he stopped short of explicitly calling for Pruitt’s removal.

The letter also made mention of a recent report in The Atlantic that Pruitt had approved controversial raises for two of his close aides. Pruitt has since denied having any knowledge about the raises. But just hours after the scathing letter was published on Monday, the The Atlantic followed up on its original reporting with a previously undisclosed email appearing to directly contradict Pruitt’s denial. The magazine reports:

In the last few days, top staffers became aware of an email exchange between one of two aides who received such a raise and the agency’s human resources division. In mid-March, Sarah Greenwalt, senior counsel to the administrator, wrote to HR in an attempt to confirm that her pay raise of $56,765 was being processed. Greenwalt “definitively stated that Pruitt approves and was supportive of her getting a raise,” according to an administration official who has seen the email chain.

Amid the reports, President Donald Trump has repeatedly defended the embattled EPA chief, claiming “death threats” against Pruitt justified the administrator’s use of a lavish security detail three times the price of his predecessor’s. When asked about the threats to Pruitt’s safety on Monday, White House press secretary Sarah Huckabee Sanders said she couldn’t cite any specifics or police reports but that the White House was continuing to review the administrator’s conduct.