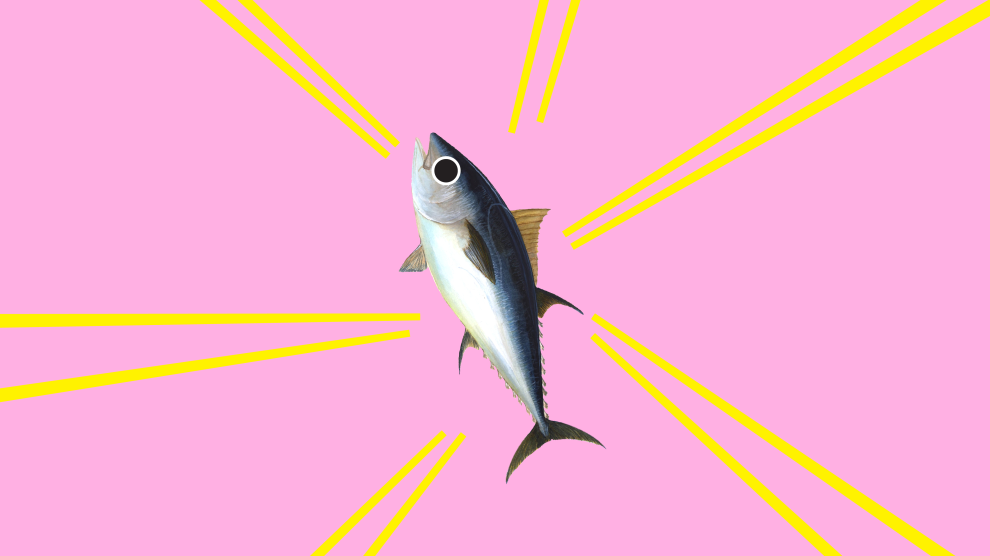 My first Thanksgiving in the Bay Area, a new friend invited me to share the holiday with her family. Before the potluck meal kicked off, my friend’s Hawaiian grandmother unveiled a bowl of treasure: cubes of succulent raw ahi, or tuna, lightly seasoned with sesame oil and sliced scallions. It was poke—a traditional Hawaiian salad made from fishermen’s leftover catch. With its glassy pink tautness and oceanic aroma, the appetizer put the gloppy mashed potatoes and dry turkey that followed to shame.

Long a staple dish of Hawaiian fishing communities, poke—which means “to cut into pieces”—is often composed of tuna but can be made from other species of fish, octopus, shellfish, or even pork. Over the last few years, more off-island chefs started experimenting with poke on their menus, and boy, did mainlanders take the bait. The number of Hawaiian restaurants on the mainland, mostly in California, doubled between 2014 and 2016. Chains like Pokéworks, Sweetfin Poké, and Aloha Poke Co. feature the raw fish in bowls with rice, and a rainbow of vegetable sides and sauces have turned poke into the hottest trend in fast-casual dining.

The most transparent option ended up being the most costly.

There’s a dark side to this dish’s newfound popularity. Ahi, the star of most poke bowls, commonly refers to yellowfin or bigeye tuna. These large, sleek predators help keep ocean ecosystems in balance. Though not in nearly as dire of a predicament as their bluefin cousins, yellowfin are considered a near-threatened species. Most tuna consumed in the United States is imported, much of it caught in the Pacific in regions where fishing practices are loosely regulated, says Ryan Bigelow of the Monterey Bay Aquarium’s Seafood Watch. Many fishermen use drift nets and longlines, which pick up sharks, turtles, and seabirds along with the tuna, while others increasingly rely on floating devices that lure large schools of tuna and can accelerate the collapse of fisheries in overfished areas. And fishermen in some regions often flout quotas, which can lead to depleted stocks; according to a 2014 study, as much as a third of the wild seafood imported to the United States was caught illegally.

Both the Monterey Bay Aquarium and the National Oceanic and Atmospheric Administration offer guidelines that can help you prioritize which type of tuna to eat to lower your risk of contributing to these problems—but to use these guides, you have to know where the ahi comes from and how it was caught. And at poke bars, the waters get murky. I asked four poke counters near my office how they sourced their ahi. Two told me the name of their distributor but didn’t know how the fish was caught; another just said it came from New Zealand, and only one, Coast Poke Counter, assured me that its ahi was deemed a “Best Choice” on the Monterey Bay Aquarium’s seafood guide. The most transparent option ended up being the most costly: Coast’s poke bowl, albeit fresh, delicious, and accompanied by a side of tangy miso kale, rang in at $14.75, compared with the $11 or $12 bowls at other vendors.

Distributors often use carbon monoxide to preserve the pink color in their tuna.

To add to these sourcing concerns, because of industrial emissions, the mercury content of Pacific-caught yellowfin and bigeye tuna crept up by several percent every year between 1998 and 2008, according to a 2017 review paper. In January 2017, the Food and Drug Administration added bigeye to its list of foods to be avoided by women of childbearing age and kids.

For the rest of poke’s fan club, there are other potential health pitfalls. Distributors often use carbon monoxide to preserve the pink color in their tuna, which critics warn can cause the tuna to appear fresher than it actually is. In May, Hilo Fish Co. recalled tuna sourced from distributors in Vietnam and the Philippines that had tested positive for the potentially deadly virus hepatitis A, but not before contaminated fish ended up in restaurants in several states, including at Blue Hawaii Açaí Café, a stone’s throw from my San Francisco office. (There were no reported cases of hepatitis A.)

If all that’s enough to make you avoid ahi completely, many grab-and-go poke joints now feature alternative ingredients like tofu, sweet potato, or avocado. But not everyone thinks labeling these meals “poke” does justice to the dish’s origins. Noelani Puniwai, an assistant professor of Hawaiian studies at the University of Hawaii-Manoa, criticizes mainland eateries that profit from selling something as poke when it has nothing to do with seaweed, salt, and raw fish. “It doesn’t mean I don’t want to eat it,” Puniwai says. “It just means I don’t want it to be taken over and colonized.”