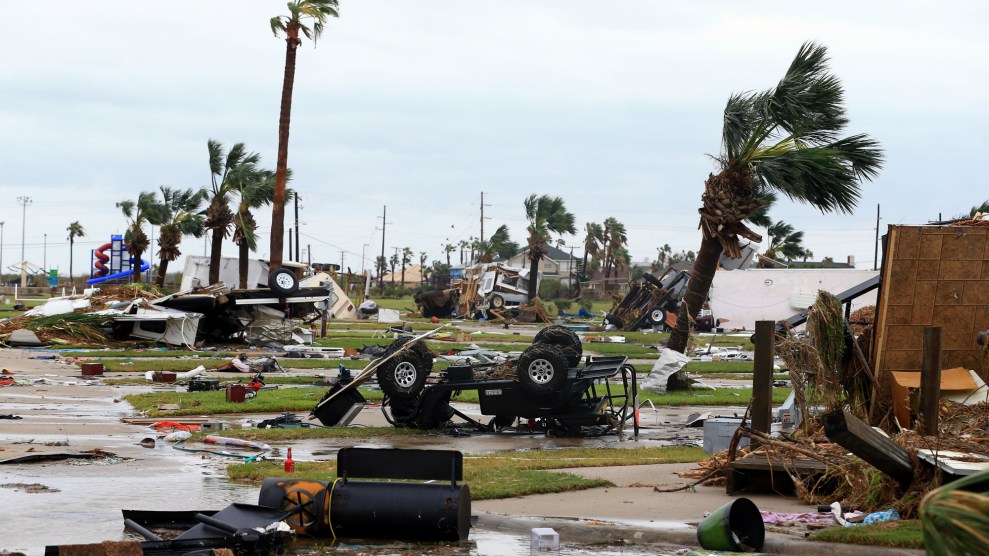 Three weeks ago, President Donald Trump signed an executive order that reversed an Obama-era requirement that future construction in areas likely to flood need to be built at a higher elevation. But after the devastation Hurricane Harvey caused in Houston and with Hurricane Irma barreling toward Florida, the White House is now trying to walk back Trump’s order.

In 2015, the Obama White House updated flood-risk standards for the first time since the 1970s, incorporating climate models and sea-level rise into calibrations for building elevations. The new standard meant that any federally funded building in flood plains must be built at higher elevations, especially for critical infrastructure like hospitals and fire stations. On August 15, Trump erased those standards with one line buried in a broader infrastructure order.

But it appears the recent string of natural disasters has made the administration change its mind. On Friday, Homeland Security adviser Tom Bossert told reporters that the White House might put out another executive order or additional guidance in the next month. “We shouldn’t use federal money to rebuild in ways that don’t anticipate future flood risk,” Bossert said. “So we need to build back smarter and stronger against flood plain concerns when we use federal dollars.”

While not providing any details on what those new standards would entail, the broad strokes of what Bossert proposed sounds an awful lot like the standards Trump just reversed—except Bossert didn’t mention the words “sea level rise.”

Obama’s update of the 40-year-old standards was popular not just among environmentalists but fiscal conservatives worried about government spending. It only appeared to be on Trump’s radar for two reasons: 1) It was an Obama executive order. 2) It was about climate change.