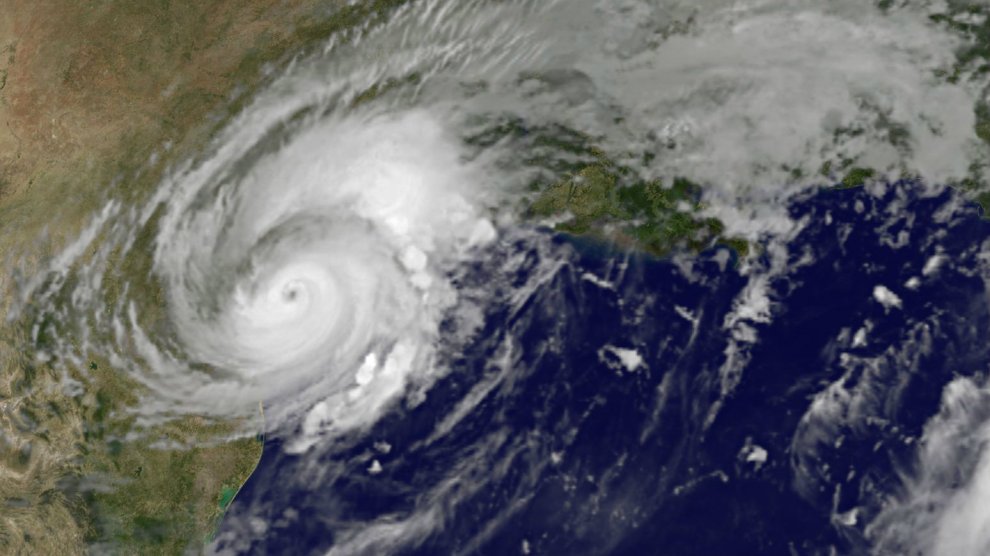 Hurricane Harvey slammed into Texas’ Gulf Coast late Friday, damaging buildings and leaving hundreds of thousands without power. While Harvey’s winds weakened substantially after the storm made landfall, the danger is only just beginning. As the Houston Chronicle explains, the region now faces extreme rainfall and potentially life-threatening floods:

The storm has now weakened to a Category 1 storm with 80 mph winds and is expected to continue to weaken, becoming a tropical storm later on Saturday.

Overnight, a reported tornado ripped through Missouri City causing damage to homes inside Sienna Plantation. Although the storm continues to weaken, rain threats remain and the entire Houston area remains under a flash-flood watch until Tuesday evening. High water areas began cropping up Saturday morning across the region as rain moved in.

Harvey is expected to produce total rainfall amounts of 15 to 35 inches, with isolated pockets of 40 inches through Wednesday. The weather service said “rainfall of this magnitude will cause catastrophic and life-threatening flooding.”

The top elected official in Harris County says the main threat to the area is not Hurricane Harvey’s winds but rain and flooding.

As of Saturday morning, the National Weather Services was predicting that “torrential rainfall” would continue through Monday, causing “catastrophic flooding.”

Here's a look at rainfall totals over the next 5 days based on the projected stalling and slowing in speed of #Harvey. #houwx #glswx #bcswx pic.twitter.com/Dat3dZjsdi