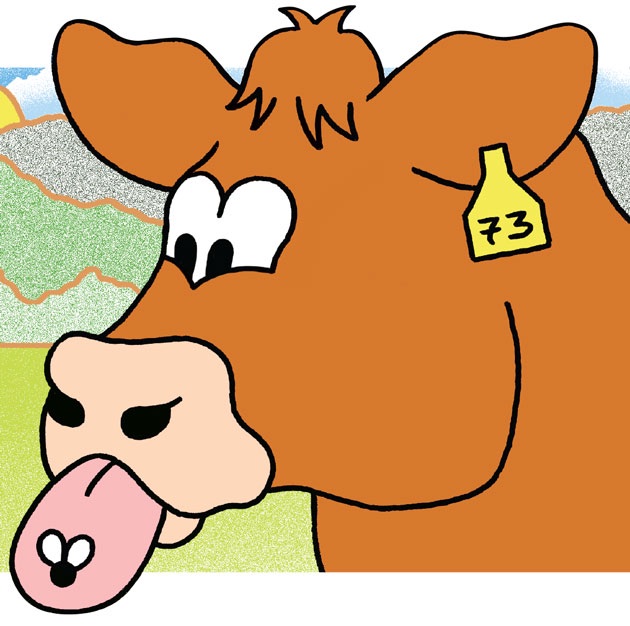 Even though insects are extremely nutritious and emit little greenhouse gas, they probably don’t make your mouth water: Here in the United States, dining on bugs is still taboo. Chances are we’re not going to replace bacon with smoked beetles or wolf down meatballs made of ground fly larvae anytime soon. Animals, though, have no qualms about devouring bugs. I’ve seen otherwise tame hens stampede through grass like bulls to pluck a fresh insect.

Hear Four Fish: The Future of the Last Wild Food author and lifetime fisherman Paul Greenberg discuss how using insects for feed could help us save our wild fish populations on Bite podcast. The interview starts at 10:12 of the episode below.

Chances are we’re not going to replace bacon with smoked beetles or wolf down meatballs made of ground fly larvae anytime soon.

So could insects offset grain as the main course in animal feed? Scientists think so. In a 2013 research review, UN experts sang the praises of the black soldier fly. Unlike houseflies, adult black soldier flies aren’t vectors of human disease, and they’re not attracted to our habitats. They reproduce swiftly, inhibiting the growth of bacteria and keeping odors to a minimum. The flies can breed everywhere from farms to dense urban areas and can turn almost any organic matter into larvae—something we won’t eat but farm animals will.

The benefits might not stop at the water’s edge. Two-thirds of America’s salmon are farmed: One pound of salmon takes up to five pounds of wild-caught forage fish—sardines, anchovies, and others that may be overfished, imperiling oceanic food chains. But soldier fly larvae contain almost as much protein as fish meal and are less carbon-intensive to produce. With about 20 percent of global fish meal going to pig feed, scaling up larvae production could make raising both land and sea creatures easier on the oceans.

A handful of startups are already at work on the fly-to-feed project. EnviroFlight, located in Yellow Springs, Ohio, feeds byproducts from food processing—like unused dough—to soldier flies. Their larvae are sold to nearby salmon and trout farms and as food for pets and backyard chickens. EnviroFlight hopes to get into the hog and poultry markets, too. And Mad Agriculture of Boulder, Colorado, plans to use spent brewing grains and pulp from juicing as feed for soldier flies whose larvae are bound for free-range chickens.

The bug-feed industry is in its infancy, with regulatory hurdles to cross. In the United States, novel foods for animals have to be approved by a public-private review body run by the Association of American Feed Control Officials, and the process is cumbersome. But the companies got a major boost in July 2016 when the Food and Drug Administration approved dried larvae from black soldier flies as a food for salmon.

By replacing resource-intensive grain and fish with abundant and nutritious insects in livestock feed, we could begin to make industrial agriculture work like an ecosystem.

Phil Taylor, the CEO and co-founder of Mad Agriculture and an ecology researcher at the University of Colorado, thinks companies like his are ahead of the curve. He envisions people establishing soldier fly colonies to eat “tailpipe” waste from meat-processing plants, bakeries, breweries, and restaurants across the country. Taylor estimates we could save 250,000 cars’ worth of carbon emissions by using just 5 percent of US food waste to grow black soldier fly larvae instead of producing fish meal. With roughly 6 percent of the UN estimate of global food waste, we could replace the entire world’s fish meal market—a feat that would yield the carbon savings equivalent of ditching two-thirds of the globe’s vehicles.

Taylor notes that “natural systems have no waste”—one critter’s refuse quickly becomes another’s feast. By replacing resource-intensive grain and fish with abundant and nutritious insects in livestock feed, we could begin to make industrial agriculture work like an ecosystem. And for most Americans, that’s a much more appetizing prospect than encountering these industrious insects on the dinner table.