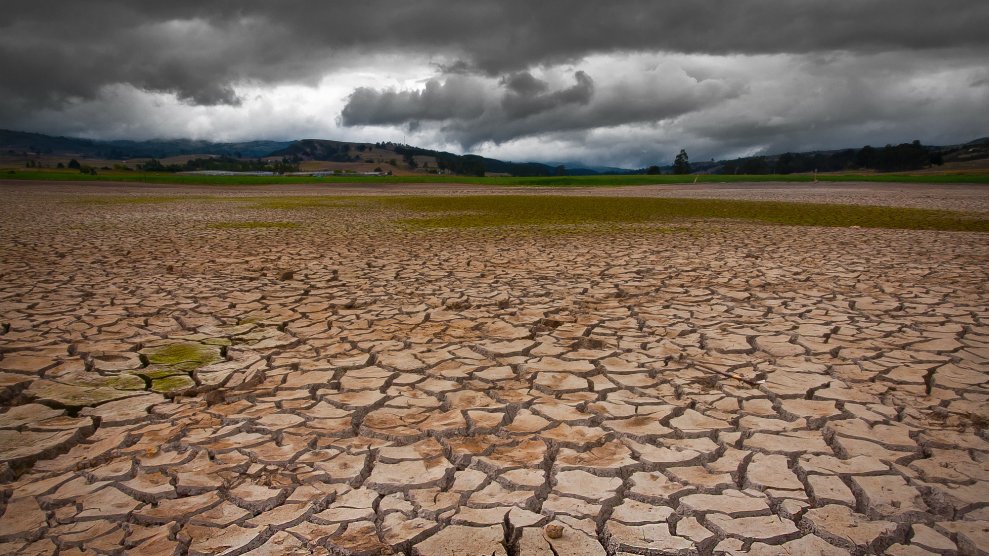 This story was originally published by Project Earth/Fusion and is reproduced here as part of the Climate Desk collaboration.

Climate change is a global problem with extremely local impacts. A major new study illuminates how the effects of climate change will reverberate economically across the United States. Its findings are both a warning of challenges to come and an opportunity to recalibrate how resources are allocated to protect Americans from global warming’s negative repercussions.

Published in the journal Science, the study found that unmitigated climate change will make the United States “poorer and more unequal,” with the poorest third of counties across the country potentially sustaining economic damages costing as much as 20% of their income. Furthermore, if emissions are not slowed and the planet warms 6-10°F (3-5°C) above pre-industrial levels by the end of the century, costs will approach those of the Great Recession—“except they will not go away afterwards and damages for poor regions will be many times larger.”

They found that states that are already hotter, and already poorer on average, will lose the most. These states tend to be located in the South and lower Midwest. Meanwhile, states to the north and west will see increased economic opportunity, with “colder and richer” counties across the northern border and in the Rockies standing to benefit the most as health, agriculture, and energy costs are likely to improve.
The study is the first to price warming by analyzing decades-worth of data and evidence. The researchers estimate that for each one degree Fahrenheit (0.55°C) increase in global temperatures, the U.S. economy loses about 0.7% of Gross Domestic Product, with each new degree of warming costing more than the last.

Solomon Hsiang, the Chancellor’s Associate Professor of Public Policy at UC Berkeley and a co-leader of the study, said of the results: “If we continue on the current path, our analysis indicates it may result in the largest transfer of wealth from the poor to the rich in the country’s history.”

Amir Jina, a postdoctoral scholar in the department of economics at the University of Chicago and another co-leader of the study, told Project Earth he was very surprised by the extent of the damages being forecast.

“The U.S. is among the most resilient economies in the world, and even here we see quite high damages from a high emissions climate change scenario.”

“It doesn’t matter just how much you warm up, but also how close you are to the threshold where temperatures become really harmful,” said Jina. “This is the case in the South—it is already hot there, and it is going to heat up more, so people are getting pushed over those thresholds.”

Of the impacts studied, increased mortality will be the greatest direct economic cost from climate change, accounting for about two-thirds of the costs seen by the end of the century according to the study and using mortality values consistent with current U.S. government practices. Jina said this data could help inform how health care investments in infrastructure and other spending are distributed, as they will be needed more in some areas than others to offset the increased risks of climate change. For instance, the study found that warming reduces mortality in cold northern counties and elevates it in hot southern counties.

Jina hopes the study will help inform researchers and policymakers working to integrate the Social Cost of Carbon, a measurement of how rising CO2 emissions affect human welfare, into economic planning. He said he views the lack of such a cost right now to be a “huge distortion in the market” as even though we know CO2 emissions are causing damages, the cost of releasing them into the atmosphere is artificially set at zero.

“We need to make sure we correct the current huge distortion of pricing carbon,” he said. “If we care about inequality, and care about reducing income differences between the already rich and already poor, then we should think about making strong policies to mitigate and adapt to climate change.”
In March, as part of a broad executive order on energy, President Trump disbanded a federal social cost of carbon working group started by Obama. Trump stopped short of abandoning the SCC altogether, but rewrote the rules so that agencies can employ an SCC value that approaches zero. In reality, the SCC should be rising every year to reflect the increasing costs of unmitigated climate change. The Trump administration is literally changing the math to get the answer they desire to make fossil fuels look better.
“It certainly appears that addressing the climate change problem has fallen far down on the agenda in Washington.”

Amir and others working in the intersection of climate change and the economy have started a group called the Climate Impact Lab. The team hopes to broaden the work of this study to a global scale and to calculate a social cost of carbon with as much real-world evidence as possible—perhaps for use by other government entities or future administrations.

D.J. Rasmussen, a co-author on the study and a PhD student at Princeton, told Project Earth that the detailed county-by-county analysis is in-depth enough to help decision makers at state and local levels estimate how climate change could impact their economies.

“It certainly appears that addressing the climate change problem has fallen far down on the agenda in Washington,” said Rasmussen. “However, state and local governments can still choose to put resources towards lowering their emissions and becoming more resilient to the impacts of climate change.”

While the study paints one of the most detailed pictures of the winners and losers from the impacts of climate change in the U.S., Rasmussen cautioned that it’s far from complete, and that many other impacts still need to be studied.

“For example, in a warming world, we anticipate more unbearably humid days,” he said. “But we have yet to quantify the effect of humidity on, say, outdoor labor productivity. Anyone who has spent a summer in the mid-Atlantic or the Southeastern U.S. knows that it is not just the heat, it’s the humidity that makes you feel uncomfortable. Better quantifying the effects of humidity on the economy is on our to-do list.”