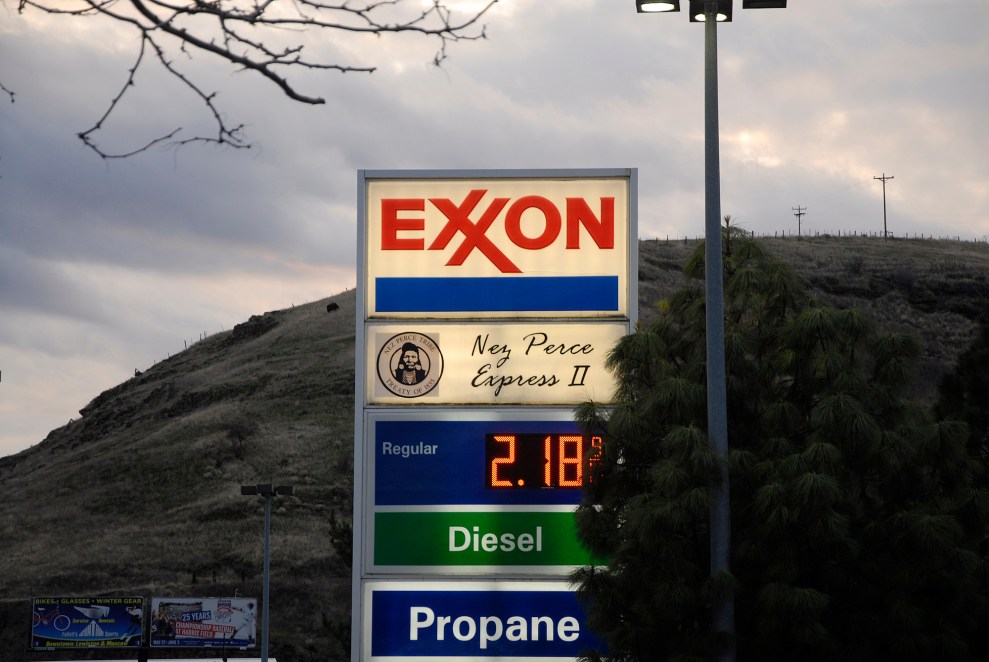 In a landmark victory in the fight against climate change by corporations, Exxon Mobil shareholders on Wednesday voted to approve a plan that could force the oil company to release more information concerning its efforts to combat global warming.

The 62.3-to-37.7 landmark vote, which took place at Exxon’s annual meeting in Dallas, comes amid mounting investor pressure for management to be more accountable when working to prevent worldwide temperatures from rising 2 degrees Celsius—a goal stipulated in the Paris climate accord. The energy giant has been notoriously resistant to such calls, with some board members claiming the company already produces enough reporting on the issue.

Last year, when the same measure was called to a vote, only 38.1 percent of shareholders supported it. In the interim, several new lawsuits against Exxon, including ones from the attorney generals in New York and Massachusetts, have been launched, accusing the world’s largest oil company of knowingly misleading the public about the effects of global warming for decades. In a twist, Exxon and its former head, Secretary of State Rex Tillerson, are among those urging the Trump administration to remain in the accord.

The unprecedented resolution on Wednesday was announced just hours after multiple news outlets reported President Donald Trump intends to withdraw from the historic Paris climate agreement, although the president himself remained coy on Twitter about his final decision.

I will be announcing my decision on the Paris Accord over the next few days. MAKE AMERICA GREAT AGAIN!

New York State Comptroller Thomas DiNapoli recently told CNN that Exxon’s defense of the Paris accord amounted to “empty words unless the company backs them up with action.” On Wednesday, DiNapoli applauded the shareholder vote as an “unprecedented victory,” noting the onus was now on Exxon to meet the demands of its investors and take climate change “seriously.”