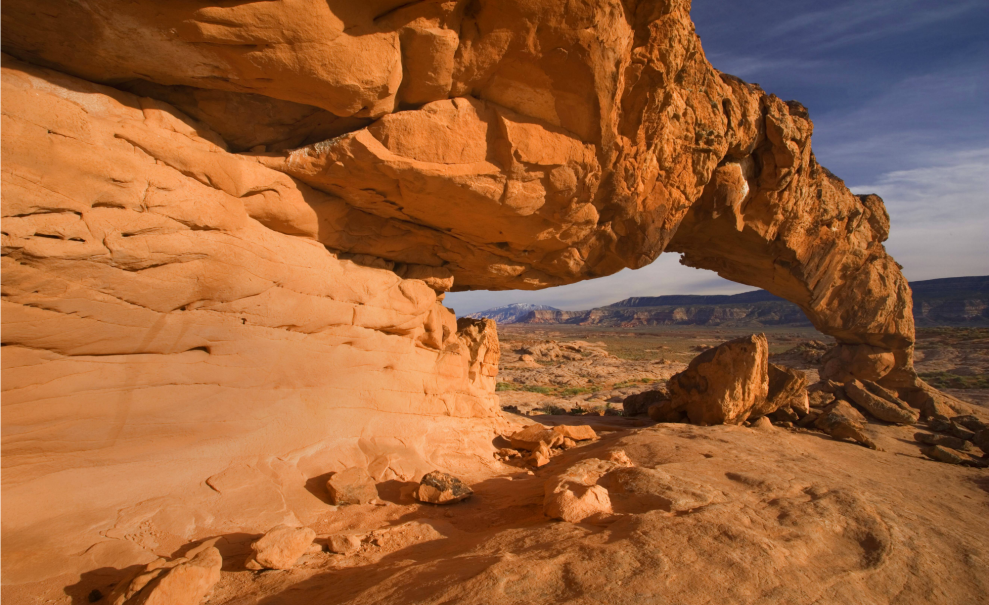 Sixteen presidents have cemented their legacies by designating new public lands and national monuments, a power granted to them under the 1906 Antiquities Act. President Donald Trump, meanwhile, wants to go in the opposite direction: If he actually follows through on his threat to reverse any monuments created since the Clinton administration, he’d be the first commander in chief to revoke a monument designated by a predecessor. He’d also be stretching the legal authority of his office beyond what Congress ever granted.

“An attack on one monument is an attack on all of them,” says one environmental advocate.

Trump’s latest executive order, which he’ll sign at the Interior Department on Wednesday, directs the department to review 24 monument designations dating back to January 1996. The oldest monument under review is the 1996 Grand Staircase-Escalante monument; the most recent is Bears Ears, a twin rock formation that was Obama’s last designation. (Both are southern Utah monuments criticized by local and state officials who oppose federal land control and want to keep the areas open for mining, logging, and grazing.) Everything in between, including Obama’s record 554 million acres of land and ocean set aside, will be up for review until August 24, 120 days from when Trump signs the executive order. Interior Secretary Ryan Zinke will then recommend legislative or executive changes to monument designations. Trump’s next actions could include shrinking them or revoking their designation entirely.

While Bears Ears and Grand Staircase-Escalante are expected to top Trump’s list, environmentalists don’t think the review will stop there. “An attack on one monument is an attack on all of them,” says Dan Hartinger, the Wilderness Society’s deputy director for Parks and Public Lands Defense.

But as Zinke, a self-described Teddy Roosevelt conservationist, admitted on a White House press call on Tuesday night, it’s “untested whether the president can do that.”

That’s because no president has even tried to revoke a national monument since 1938, when President Franklin Roosevelt wanted to reverse Calvin Coolidge’s designation of the Castle Pinckney National Monument in South Carolina. The attorney general at the time, however, decided that the Act “does not authorize [the president] to abolish [national monuments] after they have been established.” In the 1976 Federal Land Policy and Management Act, Congress again affirmed that only it had the power to revoke or modify national monuments, says Mark Squillace, a University of Colorado Law professor and expert on the Antiquities Act.

Some presidents have managed to shrink monuments. Woodrow Wilson, for example, shrunk Washington State’s Mt. Olympus National Monument to open up more than 300,000 acres to logging, but he didn’t face lawsuits over the decision as Trump almost certainly will.

Congress has the power to reverse these monuments and has done so in the past, but Republicans in favor of the idea may be wary of the political backlash they would face with such a move. When Rep. Jason Chaffetz (R-Utah) attempted to introduce legislation transferring 3 million acres of federal lands to states, he drew so much criticism from constituents that he backtracked.

When Rep. Jason Chaffetz (R-Utah) attempted to introduce legislation transferring 3 million acres of federal lands to states, he drew so much criticism he backtracked.

For months, House Committee on Natural Resources Chairman Rep. Rob Bishop (R-Utah) has lobbied the White House to use executive action to reverse Obama’s designation of the Bears Ears monument. The Trump administration and Bishop claim that monuments cost local communities jobs by limiting grazing acreage and logging—though proponents argue that tourism and recreation resulting from the monument declaration have also boosted jobs.

Trump’s executive order isn’t breaking any laws yet—but as he continues down the path to reverse public lands decisions dating back to the Clinton administration, environmentalists are already counting on challenging him in court, says the Wilderness Society’s Hartinger. “By reversing protections on a single monument you leave open the question if any of them are permanent.”