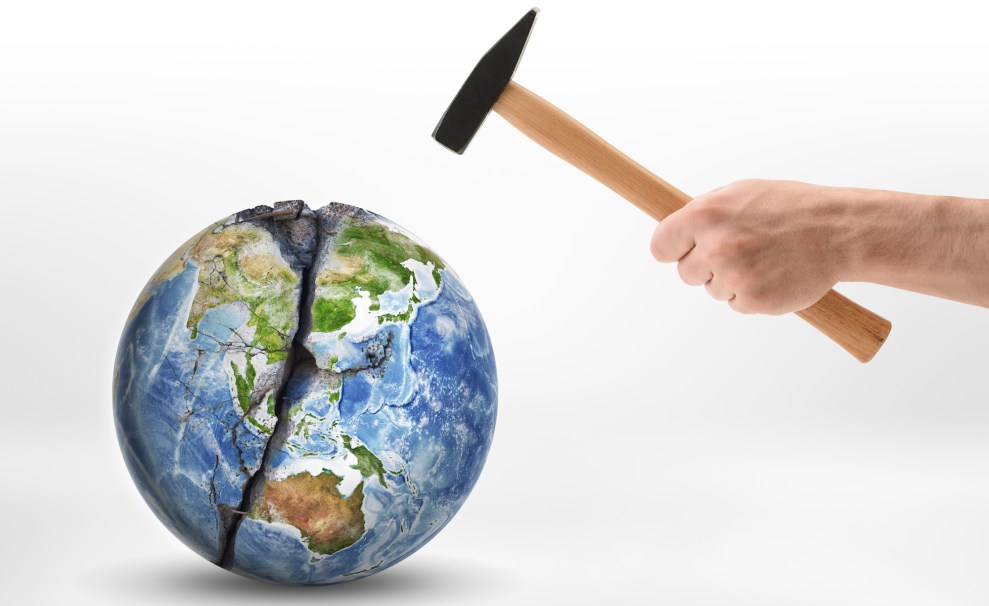 Environmentalists were braced for President Donald Trump’s first 100 days. They expected the executive orders. They expected Congress to pass a flurry of bills rolling back agency regulations. But even the most seasoned veterans of green wars didn’t quite anticipate the scale and scope of Trump’s all-out attack on the environment.

Now, activists like Erich Pica, Friends of the Earth president with 20 years of experience in the environmental movement, use the word “unprecedented,” a lot.

Yet the sheer sweep and effectiveness of Trump’s achievements in undermining decades of progress in this issue has sometimes been obscured by the frenzied news cycles of the last 100 days, with a failed Affordable Care Act repeal, a confirmed Supreme Court nominee, the thwarted Muslim travel ban, his Russia scandal, and more.

“He’s done so many things simultaneously that I don’t think the environmental story has been adequately told,” Pica says. “I don’t think there’s been that one moment yet where a lot of people were impacted at one time.” But “collectively, he’s in the process of perpetuating one of the most devastating attacks on our environmental laws.”

“I don’t think there’s been that one moment yet where a lot of people were impacted at one time.” But “collectively, he’s in the process of perpetuating one of the most devastating attacks on our environmental laws.”

On the campaign trail, Trump promised to ax any and all environmental regulation. “These ridiculous rules and regulations that make it impossible for you to compete,” he said to a crowd of coal miners in 2016, “so we’re going to take all that off the table, folks.”

Coal miners aren’t getting their jobs back, and Trump can’t change the types of fuels we rely on, which are driven by more complex economics than what the president controls. Even the things he could conceivably get done, like weakening climate change regulation, will take years of agency work, not to mention potentially protracted litigation.

Given his strident anti-environmental agenda, this has been the real so-called success story of Trump’s first 100 days: He’s still managed to deliver on his pledge to remake federal environmental policy and, in the process, will inflict long-term damage.

First and most obviously, there is his cabinet, which includes the former CEO of ExxonMobil as the Secretary of State, a pro-oil Texan in charge of the Department of Energy, and the anti-EPA lawyer now in charge of the agency he frequently sued. Trump has been slow to put forward any names for candidates to fill the many empty slots at these agencies. Many of the new appointments have already clashed with agency career staff, but nowhere has the animosity been more apparent than at the EPA, where the staff have described an atmosphere of confusion, secrecy, and distrust of administrator Scott Pruitt, which has stifled their work.

“I have worked under six Administrations with political appointees leading EPA from both parties,” a Seattle EPA worker Michael Cox wrote in his resignation letter addressed to Pruitt. “This is the first time I remember staff openly dismissing and mocking the environmental policies of an Administration and by extension you, the individual selected to implement the policies. The message we are hearing is that this Administration is working to dismantle EPA and its staff as quickly as possible.”

Retirements, buyouts, and the loss of prospective talent are not changes that can be easily undone by future administrations.

Mustafa Ali, the longtime head of the EPA’s Environmental Justice office, left the agency in March because Pruitt’s priorities did not include promoting environmental protection through the lens of combating racism and discrimination. In Trump’s budget, there is no funding for an Environmental Justice office. Even with Trump’s budget likely dead on arrival in Congress, the EPA can shift resources or stifle work in offices such as this one, along with climate adaptation efforts all across the government. Pruitt already has closed the EPA’s climate adaptation office.

Add to this the damage from legislation. Through the Congressional Review Act, which allows Congress to overturn regulations by a simple majority, Republicans have rolled back a series of Obama-era regulations. Once overturned, the law stipulates that the replacement regulation cannot be substantially similar, which means the agency is permanently handicapped in how it approaches future rulemaking. Trump signed one bill that overturned a rule limiting coal debris in streams, and another that forced oil companies to disclose their payments to foreign governments. One of the obscure CRA bills that received little attention prevents the Department of Interior’s Bureau of Land Management from updating its rule that outlines how the department collects input from the community on uses for federal lands. Efforts to overturn Interior’s rule limiting methane on public lands have fallen short of votes in the Senate and have stalled, but public lands remain vulnerable.

Then there are the executive orders, which range from wishful proclamations that are being challenged in court (such as Trump’s attempt to roll back two regulations for every one regulation put forward) to wide-ranging attempts to reshape the government’s mission. He’s directed agencies to draw up a list of climate regulations he could repeal across the government, for instance, and declare that climate change is no longer a national security threat despite statements to the contrary by his Secretary of Defense James Mattis.

Trump’s executive orders sends a clear message that resonates in policy: Climate change has no place in this administration. Nada Culver, BLM action director of The Wilderness Society, says, “What we could see in a year is that some of this filters down to concrete guidance” on using public lands to prioritize fossil fuels in its leasing decisions and planning.

The GOP’s attacks on science are just getting started, with bills moving through Congress to hamper the types of research the EPA can use to justify its rulemaking. Internally, Trump can cut off the public’s access to scientists and their research by changing communications policies, as was done during the Bush administration.

This is just a glimpse of Trump’s deeds in his first 100 days. The EPA has seen the most dramatic shift in a short period of time, but his directives have already put pressure on the State Department, Interior, Energy, and even the Pentagon to ignore the risks of climate change, even though his cabinet isn’t in lockstep on the issue. On the world stage, Trump is ensuring confusion and chaos for the recent Paris climate change agreement, even if he caves on his promise to officially pull the U.S. out, a decision that keeps getting punted past Trump’s promised deadline on the campaign trail.

The U.S. is the only industrialized country in the world that is officially promoting a policy of climate change denial, and this is just what we’ve seen in his first few months. If the first 100 days are any sign, Trump is just getting started.