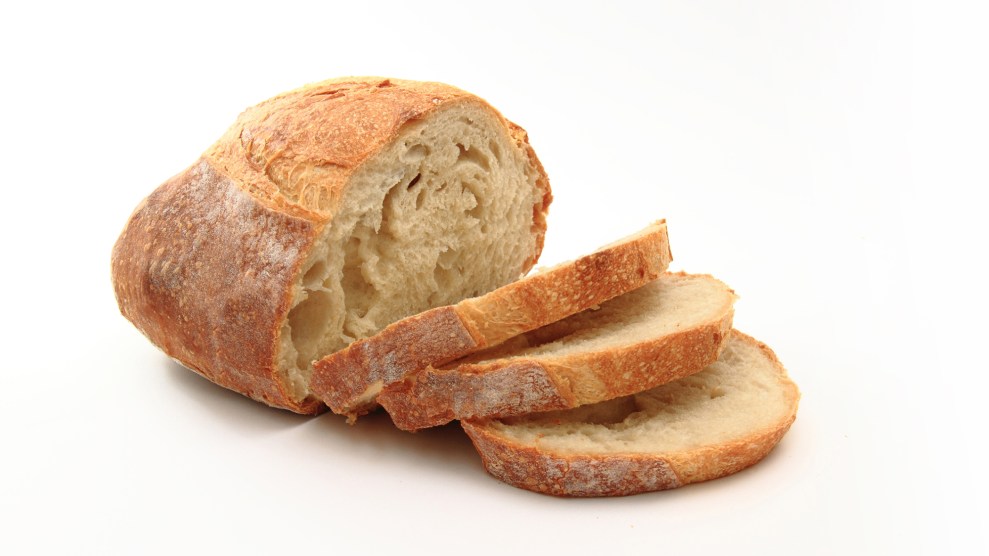 When journalist and physician James Hamblin investigated the world of gluten-free products, he found a $23 billion industry of “detox courses,” custom blood tests, and specially formulated foods. What he didn’t find was medical evidence that avoiding gluten is good for people who don’t have celiac disease. In fact, the many gastroenterologists that he interviewed agreed that gluten-free diets can actually be less healthy than those that contain gluten. So how did the craze take hold if there’s essentially no science to back it up?

“If Jenny McCarthy writes a book then doctors have to play catch up, trying to undo the damage she’s done during office visits.”

That’s one question that Hamblin attempts to answer in his new book, If Our Bodies Could Talk: A Guide to Operating and Maintaining a Human Body, and during our interview on Mother Jones‘ food politics podcast Bite. Hamblin, also a senior editor at the Atlantic, argues that the gluten-free trend—along with many other health fads—is “a symptom of a real problem within the medical establishment.” Up until a few decades ago, he explains, patients regarded their doctors as the ultimate health authorities—they trusted physicians to make recommendations based on the latest science. But “as the ethical principle of patient autonomy has gained recognition, medicine has lurched toward patient-doctor collaboration,” Hamblin writes.

In some ways, that’s a good thing: Under the older, more paternalistic system, people often felt ignored or dismissed by their doctors. But Hamblin spoke to a Vanderbilt University gastroenterologist named Douglas Seidner who pointed out a problem with the collaborative model. His patients, he told Hamblin, come in already convinced that gluten is making them sick. Often, they request tests they’ve read about in books by health gurus. If Seidner declines to order the tests, “patients may go to another (possibly an ‘alternative’) practitioner who will tell patients what they want to hear, give them the label they seek, order the tests they want.”

So how can people avoid falling prey to fraudulent health gurus? Physicians, Hamblin believes, must change how they communicate with patients. Simply conveying information during an office visit isn’t enough anymore. “If Jenny McCarthy writes a book then doctors have to play catch up, trying to undo the damage she’s done during office visits,” he says. “Doctors are realizing that they can’t be above being on Twitter, being on the internet—they have to get out ahead” by publishing accurate information online, in books, and in the media.

“Doctors are realizing that they can’t be above being on Twitter, being on the internet.”

Physicians can also help people put the information they’ve found in context, pointing patients toward more accurate sources if necessary. “Doctors shouldn’t reflexively get angry at people who do their own research on the internet and think they have their own case solved,” he says. Instead, they can “act like filters,” teaching how to distinguish medical information from pseudoscience.

On this week’s episode of the Mother Jones food politics podcast Bite, I talked to Hamblin about the gluten-free boondoggle, how multivitamins can make people less healthy, and more reasons why people are so susceptible to health quackery. You can listen to the episode above—the interview with Hamblin starts at 06:23.