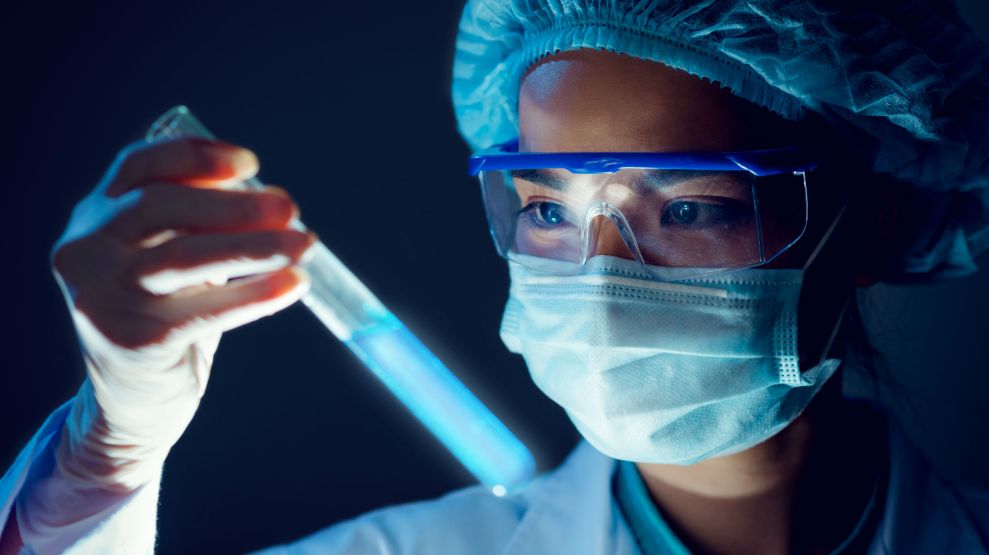 Scientists have developed a vaccine that could successfully prevent the spread of Ebola, according to a study published Thursday in The Lancet. The study was conducted in response to the West African Ebola crisis—the largest and deadliest recorded Ebola outbreak to date—and is the first to report a promising solution for the virus.

Since December 2013, Ebola—a highly infectious virus that causes severe hemorrhagic fevers and has a 50 percent fatality rate—has killed over 11,300 people in West Africa. Considered a global health crisis, the outbreak took nearly two years to control and was complicated by a lack of international funding and widespread fear and mistrust of doctors among African locals. Though the virus was discovered in 1976, early attempts to develop vaccines stalled in the absence of financial incentives for pharmaceutical companies. Until 2014, Ebola outbreaks were rare and controlled relatively quickly.

“While these compelling results come too late for those who lost their lives during West Africa’s Ebola epidemic, they show that when the next Ebola outbreak hits, we will not be defenseless,” said Dr. Marie-Paule Kieny, the World Health Organization’s assistant director-general for health systems and innovation, and a lead author of the study, in a press release accompanying the study.

Though the virus was discovered in 1976, early attempts to develop vaccines stalled in the absence of financial incentives for pharmaceutical companies.

Amid the Ebola crisis, researchers from the WHO and more than a dozen other international partners, tested the new vaccine on 5,937 at-risk individuals in Guinea and found it was 100 percent effective when administered soon after exposure. None of the roughly 3,900 people vaccinated within three weeks of Ebola exposure ended up catching the virus 10 or more days after the vaccination. (Researchers discounted any individuals who got Ebola within 10 days—the typical incubation period for the virus—under the assumption that they had already contracted it prior to vaccination.) The vaccine appears to be less effective the longer the researchers waited after an exposure: Of the roughly 2,000 people vaccinated more than three weeks after an exposure, 16 got Ebola.

To find people at risk of getting Ebola, researchers used a unique method, “ring vaccination,” inspired by the strategy used to eradicate smallpox in the 1970s. Each time a new Ebola case was confirmed, researchers traced all the people the patient had come in direct contact with, as well as the people who had come in contact with those people within the previous three weeks. The clusters, or “rings,” were then randomly assigned to either immediate or delayed vaccinations. After noticing positive results in the first few months, the researchers stopped the delayed vaccinations altogether. Eventually, the researchers began vaccinating children, which was also 100 percent effective.

The “ring vaccination” technique additionally had a positive impact on public health: Communities of those who were vaccinated were also less likely to get sick. That proved crucial not only in studying the vaccine, but also in quashing the outbreak itself.

The team still needs to do more research on the safety of the vaccine in children and other vulnerable populations, such as people with HIV. Other questions also remain about how long the protective effects of a single vaccination can last and whether it can be modified to reduce side effects without compromising efficacy.

In the meantime, the Global Alliance for Vaccines and Immunization, a global health partnership that includes the WHO, gave $5 million to pharmaceutical giant Merck in January to procure the vaccine after its approval. Merck also committed to making 300,000 doses of the vaccine available, should an emergency arise in the interim.

“Ebola left a devastating legacy in our country,” Dr KeÏta Sakoba, coordinator of the Ebola response in Guinea, said in the press release. “We are proud that we have been able to contribute to developing a vaccine that will prevent other nations from enduring what we endured.”