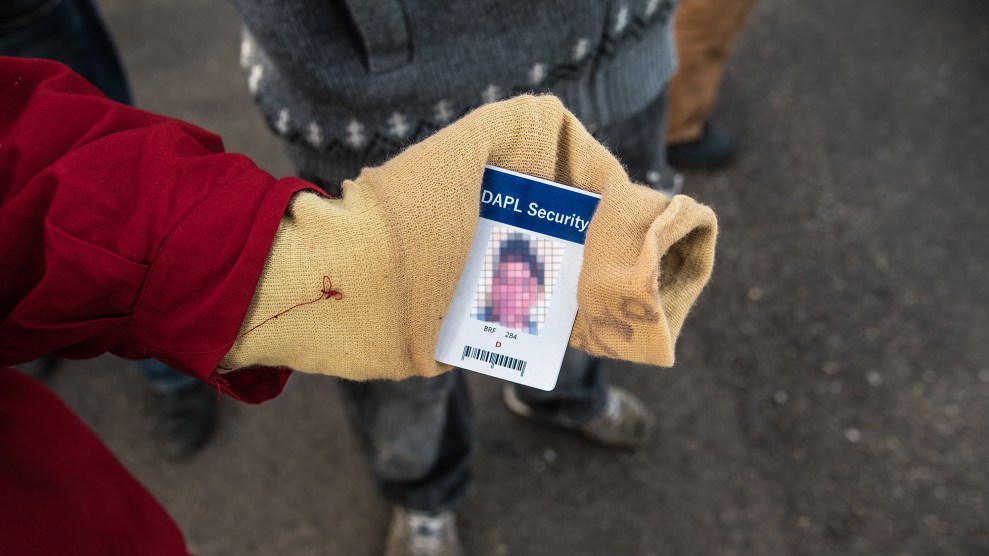 An ID card found in the truck of an armed Dakota Access employee who entered anti-pipeline protesters' camp last week. (His face has been obscured.)Wes Enzinna

Yesterday, the sheriff’s department in Morton County, North Dakota, released an employee of the Dakota Access pipeline who was arrested last Thursday after entering the camp of activists protesting against the pipeline. Numerous witnesses recounted a car chase and tense standoff during which the man pointed an AR-15 rifle at protesters. “No charges will be filed against this man,” the sheriff’s department stated, “as he was using the weapon to protect himself.”

A statement from the sheriff’s department described the Dakota Access pipeline employee as “the victim in the case.” It said he was checking construction equipment near the site of protests and had “disguised himself so he would be able to gain access without being singled out as a construction worker.”

Last Friday, Sheriff Kyle Kirchmeier confirmed that the man had been armed but disputed the account of the protesters who had confronted him. Kirchmeier said the man “was more or less [acting] in self-defense.” No shots were fired during the standoff, Kirchmeier said, contradicting an earlier press release. This video of the incident shows the man pointing his rifle at protesters as they approach him. 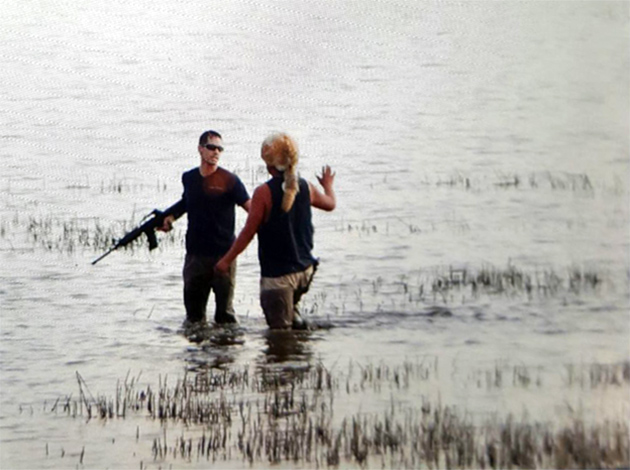 Inside the man’s truck, protesters found three documents identifying him as a security worker for Dakota Access, LLC, the company that is constructing the pipeline. Afterward, a flare was shot into the man’s truck, setting it on fire.

Donnell Hushka, a spokeswoman for the sheriff’s department, confirmed the man’s identity. His name has been published elsewhere but we have redacted his name here because he has not been charged with a crime.

On Monday, the Dakota Access pipeline employee posted an account of the incident on his Facebook page. He writes that he was disguised so he could investigate the vandalism of pipeline equipment. (Photos of the man show him wearing sunglasses and a red bandanna.) He recounts that he “drew out my rifle,” but only “after my vehicle was disabled and over 300 protesters were rapidly approaching my location, a few had knives and were dead set on using those knives.” He also claims a protester fired a flare at him. 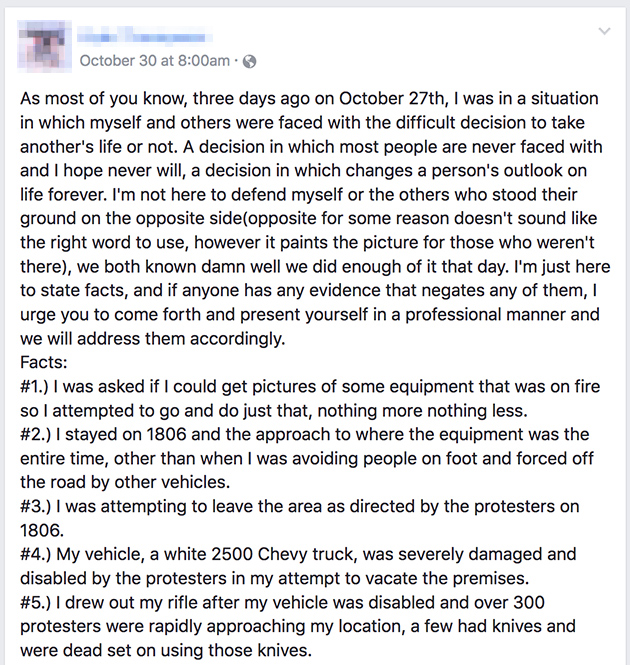