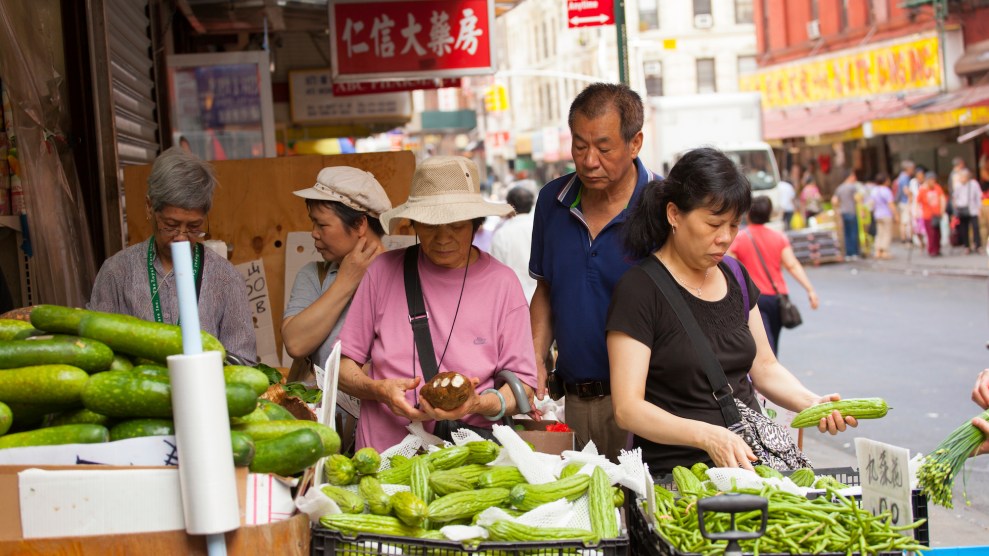 Manhattan’s Chinatown recently made headlines for being the target of a racist “man on the street” segment on Bill O’Reilly’s Fox News show. But Fox missed the real story: the truly special place that Chinatown occupies in the US food scene.

If you want to find what Valerie Imbruce describes as “one of the strangest vegetables in Chinatown,” now’s the time.

Navigate the narrow, bustling sidewalks of Mott Street between Canal and Hester and you’ll see food everywhere. Tiny open-air shops and food carts brandish great mounds of produce of all kinds, from the mundane (broccoli) to the rare (magenta-hued dragon fruit). Live lobsters and even frogs wriggle in open vats, next to whole fish carcasses laid out on ice. Boxes of dried fish and squid perfume the air. Shopkeepers move about, arranging and replenishing their displays and bantering with customers in Mandarin or Cantonese while tourists gape.

What makes culinary Chinatown tick? For answers, we turn on this week’s Bite podcast to Valerie Imbruce, author of the new book From Farm to Canal Street: Chinatown’s Alternative Food Network in the Global Marketplace and assistant director of research development at Binghampton College. Imbruce argues that Manhattan’s Chinatown is a remnant of pre-supermarket New York—and also a viable model for a more tantalizing food future.

Here are a few choice nuggets from Imbruce’s book:

Tune in to Bite to hear more.