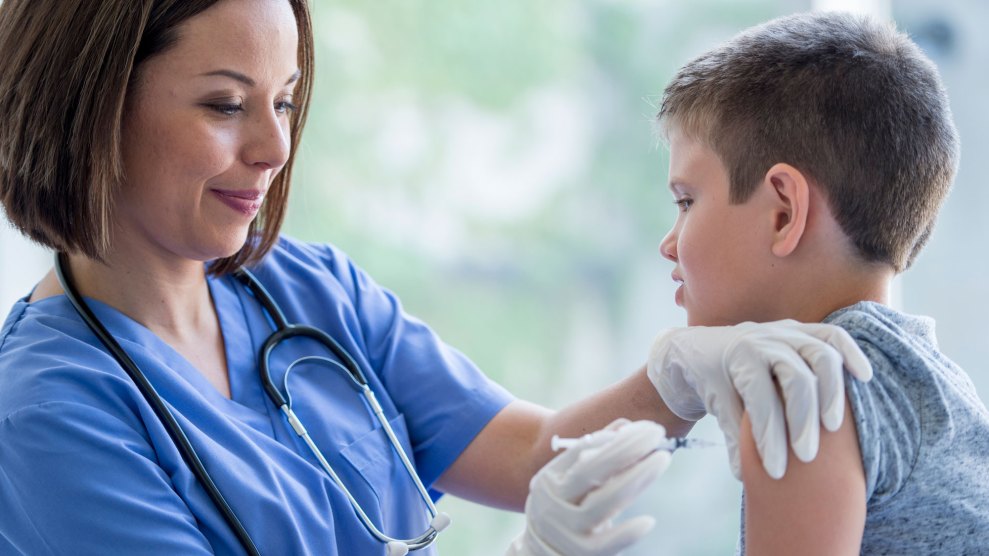 Anti-vax parents are on the rise.

On Monday, the American Academy of Pediatrics (AAP) released new reports and recommendations concerning parents refusing to immunize their kids against deadly diseases. Between 2006 and 2013, the percentage of pediatricians who had encountered a parent refusing a vaccine went from about 75 percent to 87 percent.

More and more parents simply believe that vaccines are unnecessary.

Vaccination will prevent about 322 million illnesses among children born between 1994 and 2013, the researchers write. Yet recent years have seen a loud, high-profile resistance to vaccines. The increase in unvaccinated kids has contributed to a return of dangerous diseases like measles and whooping cough.

Though all states require vaccinations, 18 allow parents to opt their kids out based on their personal beliefs. The AAP’s new recommendations include a plea to states to get rid of nonmedical exemptions to vaccination.

For the first time, AAP said it supports doctors who choose to ban anti-vax parents from their practice. “The decision to dismiss a family who continues to refuse immunization is not one that should be made lightly, nor should it be made without considering and respecting the reasons for the parents’ point of view,” the report says. “Nevertheless, the individual pediatrician may consider dismissal of families who refuse vaccination as an acceptable option.”

In the past, anti-vaccination campaigns have stirred irrational fears (based on disproved, fraudulent research) that vaccines cause autism. But that’s not what’s driving the trend now, says Catherine Hough-Telford, lead author on the study. Instead, more and more parents simply believe that vaccines are unnecessary.

“The parents who are making decisions about vaccines today have never lived through measles outbreaks or children dying of pertussis or polio,” Hough-Telford said. “They’ve never seen these illnesses firsthand.” It’s important to vaccinate as many people as possible, doctors say, in order to create “herd immunity” by limiting the infected population so vulnerable groups like infants and the elderly are less likely to be exposed.

The survey also found parents decide to delay or skip vaccinations for a variety of other reasons, most commonly concerns over child discomfort and harming the child’s immune system.

Here are some of the key numbers from the report: