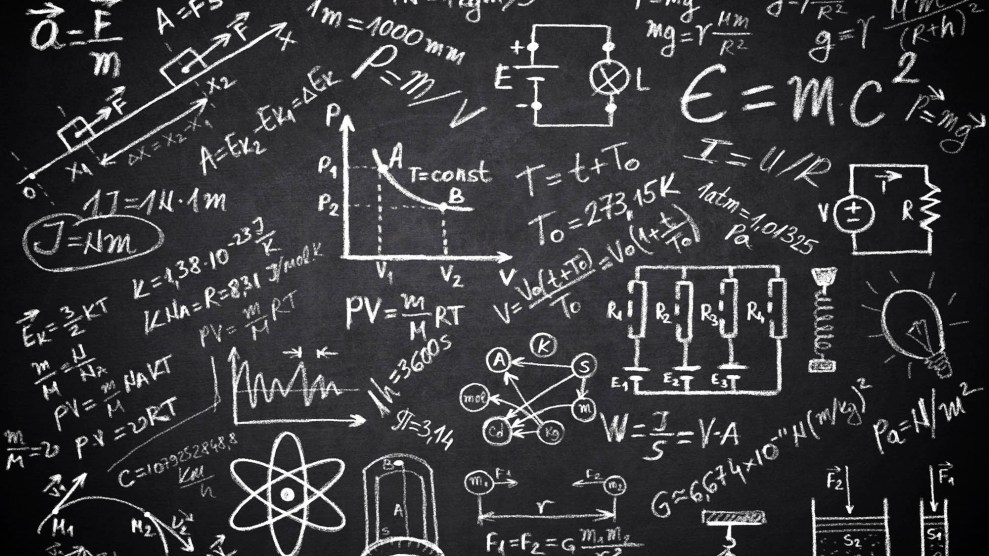 Are you better at science than the Donald? These 20 questions will help you find out!pepifoto/iStock

Every election cycle, science gets the short end of the stick. So a collective of scientists—56 scientific organizations representing 10 million scientists and engineers and spearheaded by the American Association for the Advancement of Science—tries to engage them in a debate by compiling a list of science-based questions, soliciting answers, and publishing them. (Disclosure: The author, Matt Miller, is currently completing an AAAS-sponsored fellowship at Slate.)

“How will your administration support vaccine science?”

This year should be particularly interesting. As has been pointed out before, the two major presidential candidates this year hold vastly different views on science-related issues. Hillary Clinton actually read the line “I believe in science” as she accepted the Democratic nomination because apparently it’s come to that. Donald Trump seems to be the result of years of science denialism, as Phil Plait has argued in Slate. As Slate‘s Jordan Weissmann deftly points out, the Green Party’s Jill Stein, who’s polling way behind, isn’t so great on science-based evidence, either, despite being a medical doctor.

The list of questions has been offered up to Clinton, Trump, Stein, and Libertarian Party candidate Gary Johnson. They have until September 6 to send in their answers.

Most of the questions are entirely unsurprising (and sadly still controversial): AAAS asks how candidates plan to address climate change and growing global energy needs. But a few of the questions are new this year. For one thing, below a large picture of Prince, the group writes, “There is a growing opioid problem in the United States, with tragic costs to lives, families and society. How would your administration enlist researchers, medical doctors and pharmaceutical companies in addressing this issue?” Other new issues included immigration (presumably in response to Trump’s repeated anti-immigration remarks, though AAAS makes it relevant to scientists who studied here but live abroad), mental health, and biodiversity.

After failing to appear in the 2012 list of questions, scientific integrity was one issue that reappeared on this year’s list, following a high-profile case of fabricated data and more widespread concern over the state of the scientific community’s ability to properly conduct research.

It’s also important to note what’s not on the list. From the now-antiquated issue of stem cell research on 2008’s list to a complete lack of questions regarding potential dangers of artificial intelligence or emerging gene-editing techniques, the omissions indicate progress on various fronts. It is, after all, written by scientific luminaries who might take significantly less stock in fears over “mad scientism” than the general public.

“What efforts would your administration make to improve the health of our ocean and coastlines and increase the long-term sustainability of ocean fisheries?”

Of course, many of the questions are framed ambitiously. “What efforts would your administration make to improve the health of our ocean and coastlines and increase the long-term sustainability of ocean fisheries?” posits one. “How will your administration support vaccine science?” asks another. The president obviously lacks the power to unilaterally pass laws that regulate emissions or mandate universal vaccinations for children. Sure, there is the power of executive action, which is often used to dial up or down on the extent to which the executive branch enforces a law or to mandate what federal employees do, but that’s pretty limited. This presidential power would probably have the largest effect on issues such as cybersecurity and biosecurity, which depend on efforts out of the Pentagon and the Defense Department, which the president has more control over.

Of course, the much more important result of this is understanding how our presidential hopefuls think about science. The president’s rhetoric allows him or her to set the tone of an administration and a country. If for no other reason, these questions are important because they will elicit an in-depth look into how each candidate views science, both generally and on an issue-by-issue basis. The responses will show us how the president thinks about data and research, questions that won’t come up in other places in all likelihood. A president appoints people—judges, Cabinet members, etc.—with similar attitudes and occasionally helps them get elected, both directly and indirectly.

The point being: When all levels of government see science as a benevolent force rather than an elite conspiracy, the result is sound, evidence-based policy. Let’s see how they do.