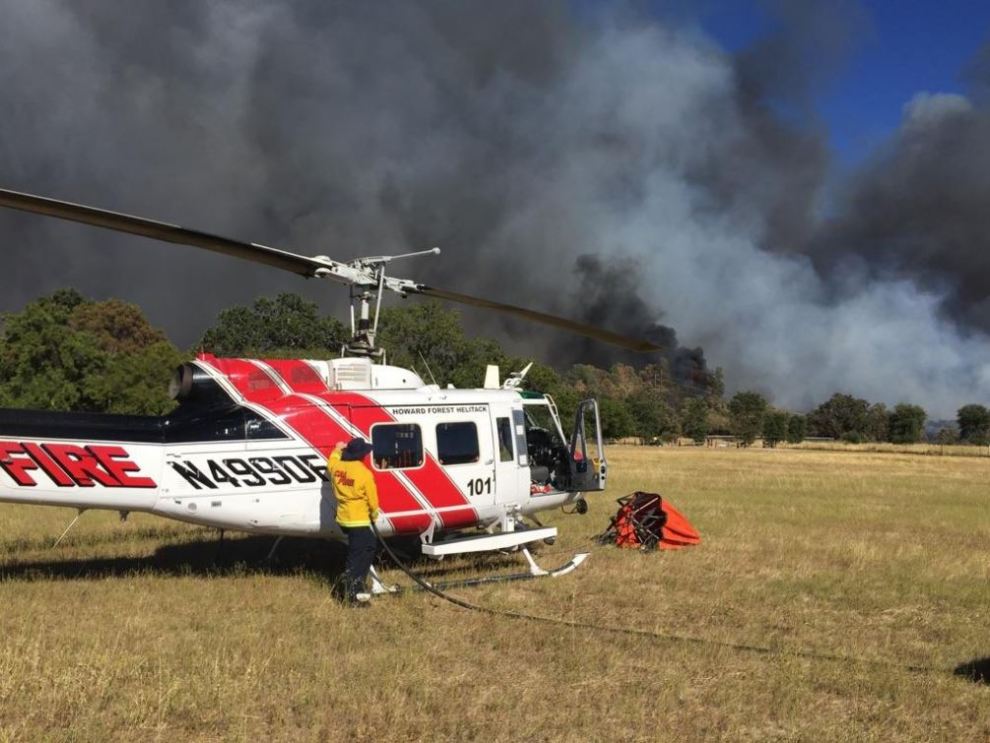 Lake County, California is ablaze again. A wildfire erupted there on Saturday night, and has already burned 4,000 acres and is only 5 percent contained. The cause of the fire remains unknown.

The blaze comes just as the county had started to rebuild from last year’s calamitous fire season. Three major fires—the Valley Fire, the Rocky Fire, and the Jerusalum Fire—took out thousands of buildings and over 170,000 acres in 2015. The Valley Fire, the largest of the three, destroyed nearly 2,000 buildings itself, and killed four people.

More than 9,000 firefighters are currently addressing 8 large fires across the state.

Since Saturday, the Clayton Fire has claimed 175 buildings. Cal Fire spokesman Daniel Berlant delivered the latest updates Monday afternoon in an online stream while standing in front of the charred town of Lower Lake. More than 1,000 firefighters are now working to stop Clayton, he said. While it may not be the most destructive fire they’ve seen this year in California, it’s moving quickly, aided by hot, windy weather and moderate drought conditions. For the safety of the firefighters, the local power company has also cut the power, leaving an estimated 1,800 homes and businesses without electricity—with no estimate yet of when the power will return, according to ABC news.

Help the victims of #ClaytonFire with a #donation. Here’s how you can help: https://t.co/k3nvsU3YZW pic.twitter.com/eQ2BJIDLsO

Adding insult to injury, the Lake County Habitat for Humanity office was one of the buildings that burned down over the weekend. The Habitat branch had been focused on the rebuilding effort following the three fires last year. The nonprofit estimates that 20 percent of those affected in 2015 were uninsured, and it has been trying to raise one million dollars to build housing for lower-income families.

Now, its website asks for donations to rebuild its own space: “Habitat Lake County desperately needs new office space, and donations of money and buildable lots are urgently needed to help rebuild homes destroyed in the fires of both last year and this year,” the site says.

Overall, it’s been another bad year of California wildfires. Just last week, there were 273 new fires, bringing this year’s total to over 4,600 blazes scorching around 300,000 acres, said Berlant. More than 9,000 firefighters are currently addressing eight large fires across the state. With so much potential fuel, thanks in large part to the over 66 million dead trees across the state and the ongoing drought, California remains a veritable tinderbox.