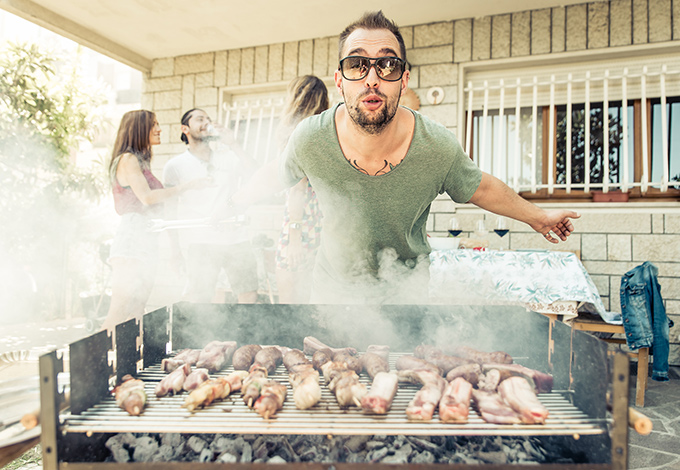 People have been barbecuing in the Americas since long before the United States existed. In 1526, Spanish explorer Gonzalo Fernández de Oviedo y Valdés used the word “barbacoa” to describe frames that South American tribes used to cook their meat. Two and a half centuries later, in 1773, George Washington—who had a large smokehouse at Mount Vernon—wrote of hosting “a Barbicue of my own giving at Accatinck.”

Now, of course, we’re all doing it. 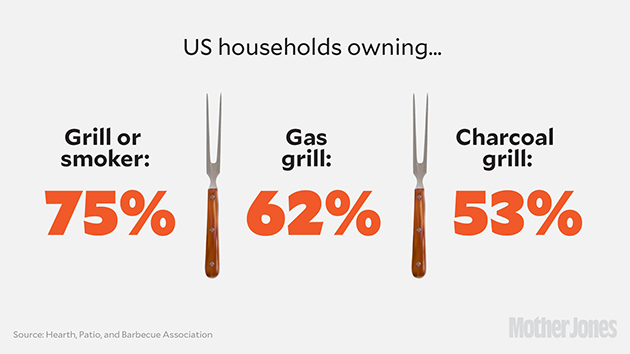 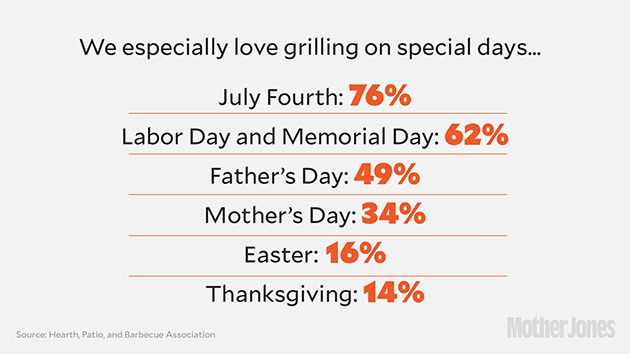 These, of course, are not good days to be a farm animal—particularly a farm animal whose parts end up as hot dogs. 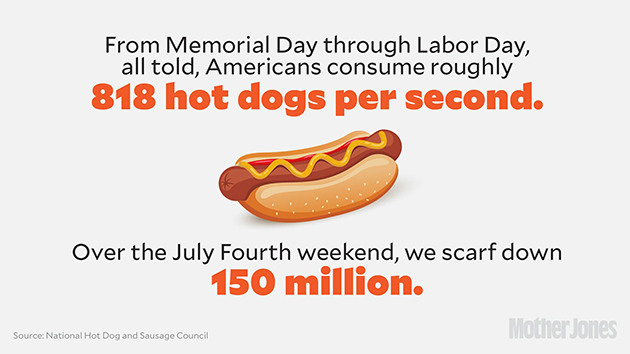 Speaking of which, just in case you think you might ever have a shot at winning Coney Island’s annual Nathan’s Hot Dog Eating Contest, consider the competition this weekend: 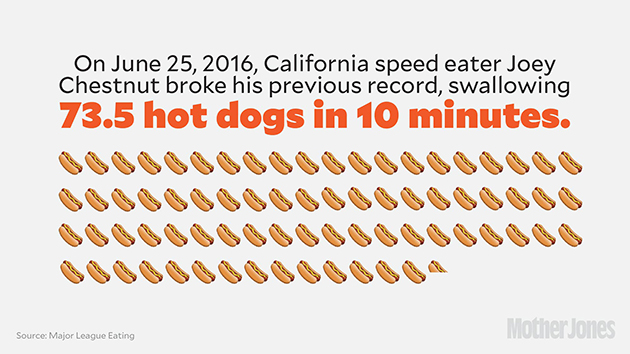 Fun stuff. But there are environmental and health costs to our grilling habits. The Environmental Protection Agency offers these equivalents of the amount of carbon that would be released into the atmosphere if we all fired up our ‘cues on July Fourth. 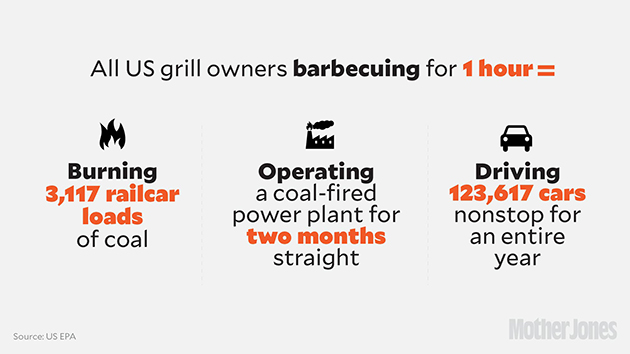 Holy cow meat! On the other hand, you’ve got to cook the stuff sufficiently. According to the US Department of Agriculture, one out of every four hamburgers turns brown before it’s been cooked to a safe internal temperature.

Then again—so many conundrums!—cooked meat contributes to our cancer risk. The good news is that Portuguese and Spanish researchers have found that soaking pork chops in beer before grilling them reduces carcinogens in the cooked meat. Which is also good news because it means…more beer. But here are the sobering facts. 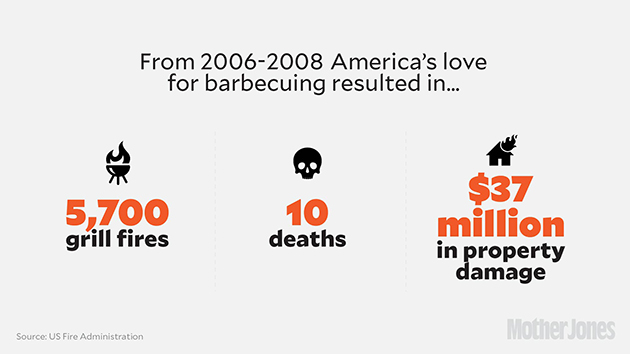 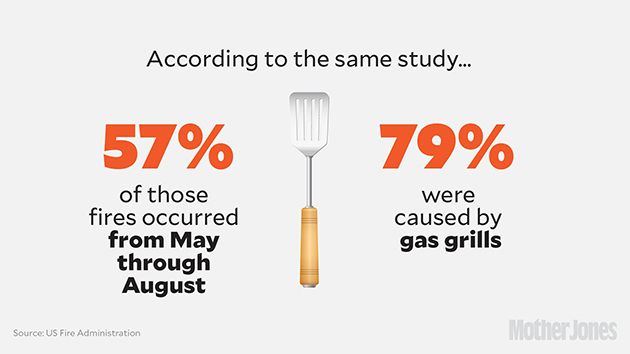 Fires and the grim reaper aren’t the only nasty things in store this holiday weekend. 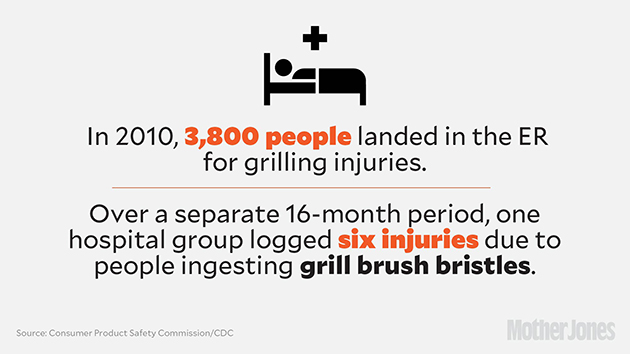 So quit chewing on your grill brush. And finally, as every American should know, being this stupid is downright un-American: 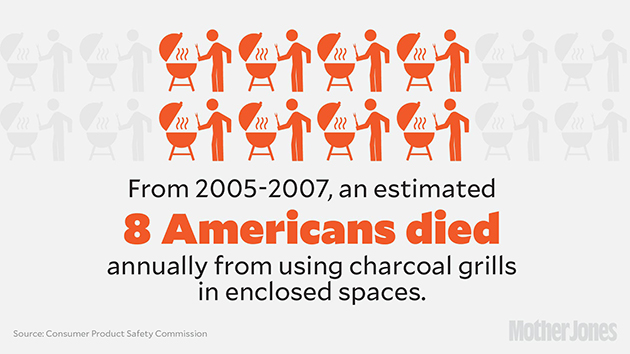