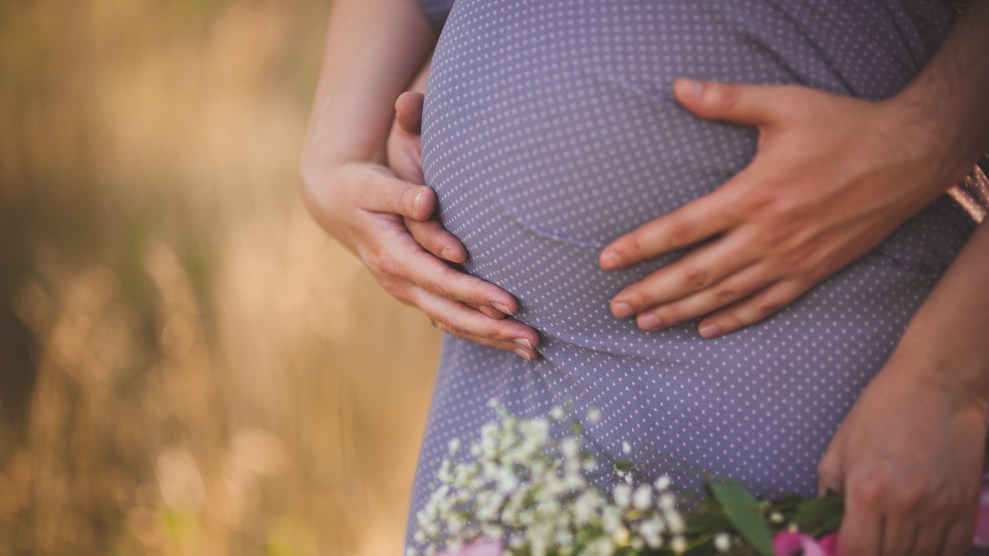 A team of researchers from Columbia University, Johns Hopkins, and the Centers for Disease Control and Prevention tracked 369 mother-child pairs from the third trimester of pregnancy until the kids turned seven years old. They measured BPA levels in the moms’ urine during pregnancy and then checked the kids’ height, weight, waist circumference, and body fat as they aged, also measuring their BPA levels. They adjusted the results for factors that could potentially skew the results, including race and pre-pregnancy obesity among the moms.

The higher the mothers’ BPA exposure was during pregnancy, the more signs of obesity girls showed at age seven.

They found that 94 percent of the pregnant women in the study had measurable levels of BPA in their bodies. The kicker: The higher the mothers’ BPA exposure was during pregnancy, the more signs of obesity girls showed at age seven, as measured by body fat and waist circumference compared with height. There was no such association for boys; nor was there any relation between BPA levels in the kids’ urine and obesity as they grew.

The fetal period is when we’re most vulnerable to BPA and its ability to alter metabolism and the way our bodies generate fat cells, the results suggest. As for the finding that BPA seems to affect girls differently than boys: That’s not surprising, said the study’s lead author, Lori Hoepner of Columbia University’s Joseph L. Mailman School of Public Health. BPA is an endocrine-disrupting chemical, meaning it mimics or blocks hormones produced by the body. Boys and girls produce different hormones, so hormone-disrupting chemicals might be expected to affect them differently.

Hoepner added that other studies have linked prenatal BPA exposure to higher body fat in children up to age four. The current study is the first one to find an association at age seven. Hoepner and her team plan to follow the same mother-child pairs to see if the effect persists into puberty.

While the current study found evidence for an obesity effect from prenatal exposure, others—like this one—have also found an obesity association in older girls from childhood exposure. Previous studies have also linked to BPA to neurodevelopmental disorders and asthma in kids.

The US Food and Drug Administration has banned BPA from baby bottles and sippy cups, but that won’t protect pregnant women from exposing their fetuses to it via, say, eating canned food or handling receipts. For its part, the chemical industry insists BPA is safe. According to the US Department of Agriculture, two companies—Dow and Bayer—”produce the bulk of BPA in the world.”