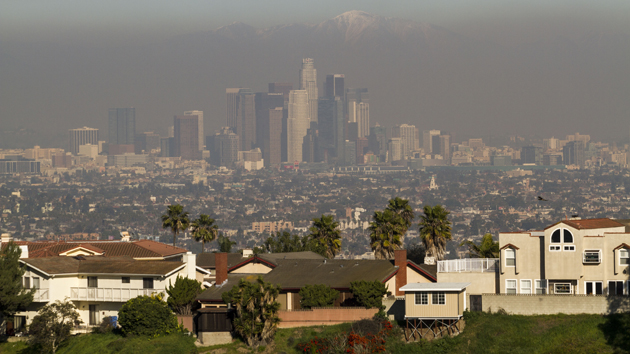 Air pollution leads to a whopping 16,000 premature births every year and costs the nation billions of dollars in medical costs and lost productivity, according to a study published Tuesday in Environmental Health Perspectives. This is the first study to estimate the number of preterm births due to air pollution, adding to a growing body of evidence linking air pollution to myriad health problems, from cardiovascular and respiratory illnesses to endocrine disruption and dementia.

Air pollution generates inflammation that disrupts blood vessels in the heart, lungs, and other organs, says the study’s lead author, Dr. Leonardo Trasande, a pediatrician at New York University’s Langone Medical Center. While the details of how air pollution affects the fetus are not completely understood, researchers believe that inflammation of the blood vessels in the placenta impedes the flow of oxygen to the fetus, ultimately increasing the likelihood of an early delivery. Babies born prematurely, generally defined as at least three weeks before the due date, are at increased risk of infant mortality, cerebral palsy, developmental delays, lower IQ, and other health implications.

Trasande and two of his NYU colleagues, Patrick Malecha and Teresa Attina, focused on PM 2.5: miniscule particles less than 2.5 micrometers in diameter that come from traffic, power plants, and other industrial processes. Using local PM 2.5 pollution data from the Environmental Protection Agency, preterm birth data from the Centers for Disease Control and Prevention, and existing literature on pollution exposure, they estimated the number of early births caused by air pollution in each county. All told, the researchers found that PM 2.5 air pollution is responsible for roughly 3 percent of all preterm births in the United States.

That number varied by county, but low-income and minority communities, where air pollution is typically worse, were hit the hardest. The risk of premature birth due to air pollution exceeded 5 percent in parts of Southern California, the Ohio River Valley, Alabama, Georgia, New York City, and southern Pennsylvania.

“There have been substantial changes in medical care that have led to decreases in preterm birth, but there’s a limit to the amount of reductions that you can achieve simply by changing medical care,” says Trasande. “Insofar as they are preventable causes—they can be identified—we can proactively intervene to reduce air pollution.”