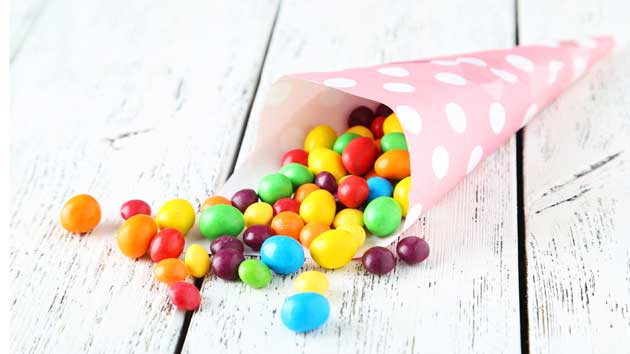 Time to start hoarding your favorite vibrant green M&Ms and blue raspberry Skittles: Mars Inc., the company behind many popular candies, chewing gum flavors, and food products, announced earlier this month that it will begin phasing out artificial food dyes. 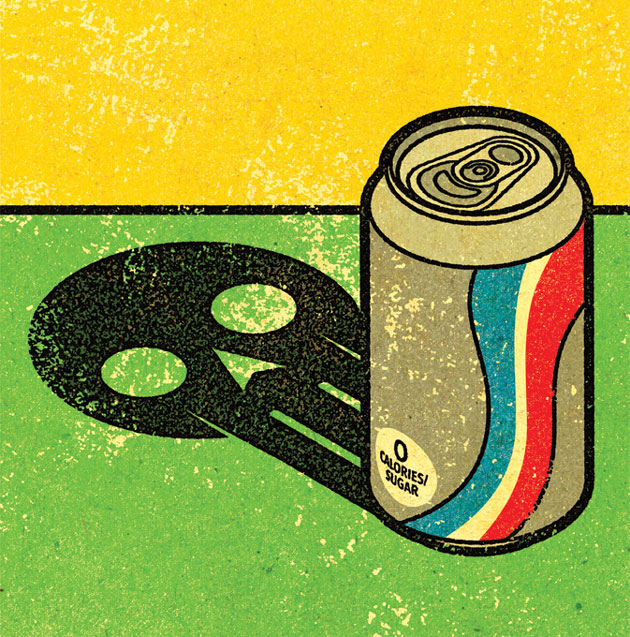 Diet Pepsi is ditching one artificial sweetener, but what about the rest?

The decision came as a response to growing customer demand, said Mars Inc.’s president and CEO, Grant F. Reid, in a statement, estimating that it will take five years to phase out all artificial colors. Nestlé, General Mills, Kraft, and Kellogg‘s have also started eliminating artificial dyes from their products in response to demand for more natural ingredients.

You’ve probably already eaten something colored by an artificial dye today: Red 40 (the most common food dye) gives hue to your gummy daily vitamin and that bowl of instant strawberries-and-cream oatmeal, while Yellow 5 brightens your sandwich side of pickle spears or 2 p.m. chocolate caramel and pretzel fiber bar. The per capita production of artificial coloring approved for use in food has increased more than fivefold since the mid-1950s. According to a study of supermarket labels by the Center for Science in Public Interest, an estimated 90 percent of child-oriented candies, fruit snacks, drink mixes, and powders now contain artificial colors.

While kids may treasure such colorful treats, many of their parents are concerned about what the colors might do to developing brains. Several studies have scrutinized dyes’ possible link to increased ADHD or examined their effects on children’s behavior. When a study by a group of British scientists suggested a link between the consumption of certain food dyes and hyperactivity in kids, Europe and the United Kingdom began requiring food with artificial dyes to carry warning labels. But the US Food and Drug Administration holds that there is still no causal relationship between color additives and hyperactivity in children, and it doesn’t require warning labels. Mars Inc. maintains that the colors don’t cause any known health risks.

The FDA does suggest maximum daily intakes of certain dyes. For children, they range from 75 mg of Red 3—used in oral medications, sausage casings and candies—to 360 mg of Blue 1, used in baked goods, cereals, dessert powders, and beverages. With a highly processed diet, the dyes can add up quickly: Laura J. Stevens and colleagues at Purdue University found that a simple breakfast of Apple Jacks and strawberry milk has 12 milligrams of dye, a pack of peanut butter crackers has 15, and a dinner of Hamburger Helper and salad with premade dressing along with Kool-Aid to wash it down has 52 milligrams, making a daily total of 93 milligrams of different artificial food dyes.

In a recent report, Seeing Red: Time for Action on Dyes, the Center for Science in Public Interest combined findings from eight studies and thousands of parents’ testimonials to try to convince the FDA to ban the dyes or have the agency require warning labels. “The harm to children and the costs to society from dyes are needless and preventable,” reads the report. 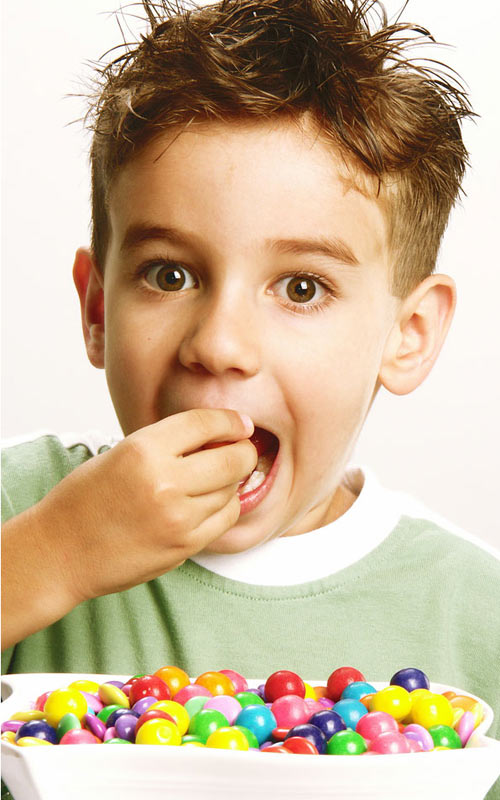 The FDA holds that there is still no casual relationship between color additives and hyperactivity in children. gosphotodesign/Shutterstock

Whether or not the artificial dyes pose a health risk, it’s clear major food companies are caving to parents’ concerns and removing fake colors from their snacks. So what will take their place?

Mars Inc. says it will work with suppliers “to find alternatives that not only meet its strict quality and safety standards but also maintain the vibrant, fun colors consumers have come to expect from the company’s beloved brands.”

But it may not be as easy as applying a new brand of paint. According to David Rigg, director of marketing at Sensient Technologies’s Color group, an international manufacturer of food colors, flavors, and other ingredients, companies are scrambling to find natural dyes that don’t change the flavor of their products.

For example, Kellogg’s Nutri-Grain bars contain Red 40 and Blue 1 in the United States. But in Europe, the colors are created by beetroot extract, annatto (a dye derived from the achiote tree), and paprika. According to Rigg, although some of these natural dyes, such as paprika, are useful for coloring, they can often impart flavor to the food. Finding the perfect color—while maintaining the same taste—is a challenge.

Caramel coloring is another that could disappear from beverages’ ingredient lists, especially in light of the finding that a chemical used to make it, known as 4-Mel, might be carcinogenic. In one industry poll, more than 40 percent of consumers said they were “very” or “extremely” concerned about caramel color in beverages. A blog post by Sensient Technologies explains how a combination of fruit and vegetable juices could serve as a replacement, though if the chemical balance is off, companies could end up with a “muddy yellow” rather than a “clean brown” color.

Not surprisingly, replacing artificial dyes with real ingredients isn’t cheap. Natural dyes typically cost “at least five times the cost of artificial (synthetic) colors,” Rigg told me in an email, adding that blues and greens are the most costly.

As for what Mars will be using to ensure those Christmas M&Ms keep their festive look or the lemon Sour Skittles still make our eyes pop as much as our mouths? “It’s too early to tell,” a spokesperson for the company told me. My guess is that if they’re going to remain as vibrant, your favorite rainbow-colored candies could soon carry a heftier price tag.