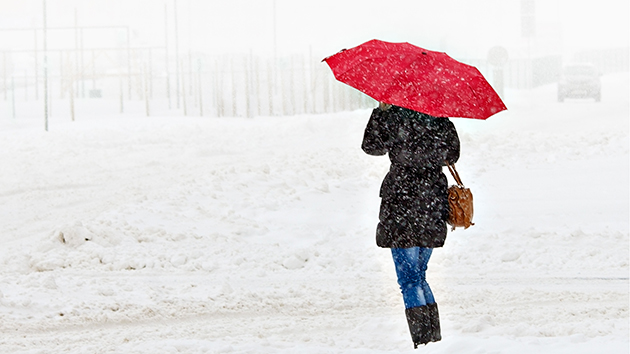 Yes, 2015 was the warmest year on record. And yes, parts of the East Coast are in for big snow and ice storms this weekend. Those two facts are not contradictory.

With that out of the way, here’s what to expect from Winter Storm Jonas.

“Right now, the heaviest snow starts in the mid-Atlantic late Friday afternoon and then progresses up to the New York City area by Saturday morning,” he said.

The heaviest snow impact is likely to land on Washington, DC:

Especially in New York and New Jersey, where snowfall could be up to one foot, major flooding is also predicted, on par with what you would expect from major hurricane landfall. Farther south, Uccellini said, Kentucky and North Carolina could face ice storms and freezing rain. Through the weekend, he said, East Coasters should expect delays affecting highways and air travel. The electric utility in DC said it has hundreds of crew members standing by to fix downed electric lines, and Port Authority workers in New Jersey are preparing to insulate underground train systems from the flooding:

As my Climate Desk friend Eric Holthaus explains at Slate, this storm is “the real deal.” Uccellini said his staff are working around the clock (and sleeping in their offices) and doubling the number of weather balloons being dispatched to get the best up-to-date forecast. But even now, he said he was surprised by the unusual level of agreement across a wide range of models, satellite reports, and other data sources. In other words, chances are slim that the storm turns out to be a nothingburger.

“I would suggest people pay attention to this system,” he said.

The upshot: Now’s the time to buy some bottled water and batteries, and don’t drive to work tomorrow if you can help it. Oh, and, uh, make sure to tweet responsibly:

Here are some tips on winter weather and being social media savvy. #Winterstorm pic.twitter.com/gErP3zHwZ3