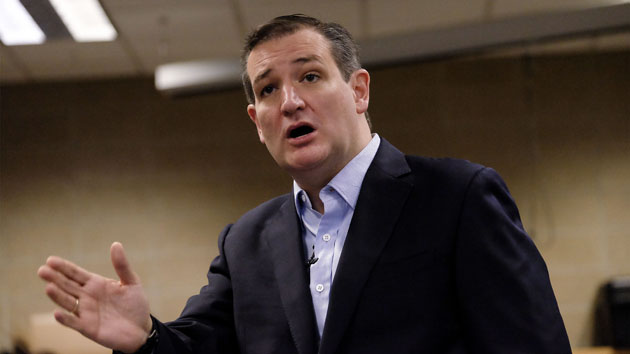 In the wake of the two-week climate conference in Paris, at which 195 countries agreed to significantly curb carbon emissions, the world has moved on to the question of how to implement such an ambitious plan. The fifth Republican presidential debate Tuesday night, however, will move in its own orbit. When Republicans have talked about climate change, it hasn’t been to propose solutions, but to raise doubt over the role humans play in cooking the planet and to dismiss the idea that we should do something about it.

Paris should come up in the debate, if only for the sake of asking Republicans how they plan on handling the international backlash to their proposal to pull out of the deal. Every one of America’s allies has worked hard to see this deal come to fruition. How does a Republican president plan on leading the world if he insists we should be the only nation to stand on the sidelines?

That question needs to be raised, because we haven’t seen a thorough treatment of the subject yet. In fact, the presidential field has so far been surprisingly quiet on the outcome of Paris. John Kasich’s campaign was the only one to put out a statement about it. “While the governor believes that climate change is real and that human activity contributes to it, he has serious concerns with an agreement that the Obama administration deliberately crafted to avoid having to submit it to the Senate for approval,” Rob Nichols, a Kasich spokesman, said. “That’s an obvious indicator that they expect it to result in significant job loss and inflict further damage to our already sluggish economy.”

Some read this as a good sign. Maybe Republicans aren’t as willing to jump on Paris, because they realize climate denial won’t work in their favor. One theory is that Paris foretells an inevitable recalibration of the conventional Republican approach to science denial. “I think Republicans will have to continue to fight over fossil fuels and defend that industry in a more technical way,” said John Coequyt, the Sierra Club’s international climate campaigner, according to The Guardian. “They will be less able to fight over climate change than they were before, and they will retreat in a process fight over defending the coal industry and the oil and gas industry.” President Barack Obama suggested that a Republican successor couldn’t continue to deny what every ally accepts as fact. “Your credibility and America’s ability to influence events depends on taking seriously what other countries care about,” he said in Paris. “I think the president of the United States is going to need to think this is really important.”

He certainly wants this to be true, because the next president holds Obama’s climate legacy in his or her hands. A Republican president could undo all of this administration’s hard work, and it’s possible to imagine the fragile support for an international framework coming down.

Unfortunately, it’s wildly optimistic to think Republicans will bend to international pressure, especially during primary season. Donald Trump hasn’t minded offending the rest of the world his disparaging comments about Muslims and Hispanics. Trump simply canceled his planned trip to Israel when the prime minister condemned him, and he surged in the polls this summer after Mexico’s president condemned his discriminatory remarks about immigrants. International expectations are the last of the GOP’s concerns right now, climate change included.

Even if the subject gets extra attention on Tuesday, Republicans will likely repeat the same lines we’ve heard for so long, regardless of the changing international circumstances.

“America is not a planet,” Senator Marco Rubio has said to justify repealing Obama’s power plant regulations, even though the Paris deal actually does cover most of the planet.

And you might hear something like this from Senator Ted Cruz, now polling second in Iowa: In an interview with NPR last week, Cruz insisted climate change was a result of “liberal politicians who want government power over the economy, the energy sector, and every aspect of our lives.” Pressed further to explain why he thinks almost all the nations of the world have joined in this endeavor, Cruz just changed the subject.

Cruz doesn’t shy away form outright science denial, as many of his fellow contenders have. But if he’s going to insist that global warming isn’t occurring, he should also say how he proposes to move the United States in the opposite direction from the rest of the world.