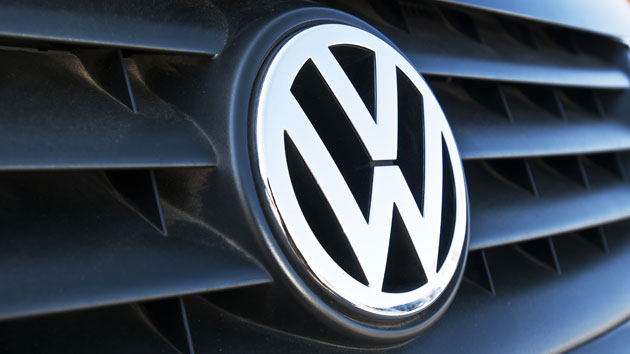 The story was originally published by Wired and is reproduced here as part of the Climate Desk collaboration.

Volkswagen isn’t going to get away with this. You don’t (allegedly!) fake emissions data for a few million cars and just walk away. But what the German automaker’s punishment will be, and how much it’s going to hurt—those are still open questions.

The final decision will be up to lawyers at the US Environmental Protection Agency and Department of Justice. That latter agency has opened a criminal probe into the company’s (alleged!) emissions software tampering shenanigans. But based on precedent and the outlines of what Volkswagen actually seems to have done, we can make a few predictions.

If US officials absolutely throw the book at VW, EPA rules stipulate a maximum fine of $37,000 per affected car. At 482,000 cars on American roads, that comes to $18 billion. But according to attorneys who work on these kind of cases, that number is way too high for what’ll actually happen. The biggest fine of this kind to date was $1.2 billion, a criminal penalty that Toyota paid in 2014 for concealing information about faulty ignition switches that triggered sudden accelerations.

But that was for a mechanical breakdown. For a closer analogy we could look back to 1998, when seven truck manufacturers including Caterpillar and Mack together paid $1 billion for installing defeat devices—sounds familiar—in tractor trailer and pickup trucks. A year before, Ford paid a relatively paltry $7.8 million to settle allegations the company violated the Clean Air Act by yes, installing defeat devices—this time in Econoline vans. But the company also paid $2.5 million in emissions offsets and $1 million to study new technology that fought emissions. So it’s possible VW might have to pony up for regulatory violations as well as smog offsets for what they actually emitted.

As a matter of process, regulators will want a fine that’s big enough to work not only as punishment for VW but as a deterrent to anyone else who might think about trying something similar. It can’t just be the cost of doing business. “There aren’t a lot of examples of this kind of conduct,” said one private attorney who has handled pollution settlements between major companies and the government. “There are a fair number for failure to disclose, or even covering it up. But to actually plan a violation? That’s pretty extraordinary. This will be the highest penalty EPA ever assesses.”

DOJ’s criminal probe could lead to prosecutions of the executives in Germany who approved the so-called “defeat device.”

Yeah, but how high? To figure that out, EPA lawyers have a lot to consider. Specifically, EPA will want to know what kind of economic benefit VW got from rigging emissions controls. The company claimed greater engine power, performance, and gas mileage, and charged more for the engine than a gasoline engine in a comparable vehicle. VW also got a marketing benefit, donning a green mantle by touting its “clean diesel” technology.

On the other hand, EPA regulators will also factor in what VW does to fix the problem. The company said Tuesday it was setting aside more than $7 billion for repairs. EPA might build that consideration into its calculations and lower the fine accordingly.

That’s all on the civil, regulatory side. DOJ’s criminal probe could lead to prosecutions of the executives in Germany who approved the so-called “defeat device.” Like the bumper sticker says, a fine is a tax for doing wrong. Prison time, though? That’s a whole other kind of serious.

But if you believe Gilbert and Sullivan and think the punishment should fit the crime, than what was this (alleged!) crime’s actual shape? Yes, VW diesel-powered Jettas, Passats, Golfs, and Beetles (and an Audi) polluted more during real-world driving than their annual smog tests said they would. But how much more? Tests performed by the International Council on Clean Transportation in 2013 revealed that the VW cars emitted anywhere from 5 to 35 times more nitrogen oxide pollution than allowed by law. So with the help of some air pollution experts, let’s do a little back-of-the-envelope figuring. Making it easy on ourselves, we’ll use a midpoint of a 20X increase in emissions. Assuming 482,000 cars in the United States with, oh, say, a 120,000-mile lifetime of a diesel engine, VW’s US fleet produced 46,657 more tons of harmful, smog-forming NOx pollution than anyone knew.

Now, cars in California alone emitted 161,000 tons of NOx in 2011, according to EPA. (California has a lot of cars.) But still—that’s a lot more smog than anyone planned for.