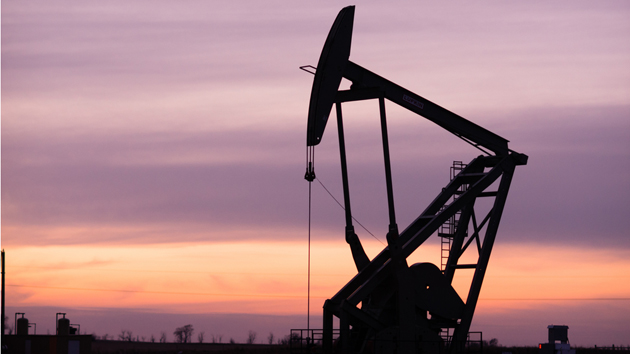 This story was originally published by Reveal from the Center for Investigative Reporting and is reproduced here as part of the Climate Desk collaboration.

The oil boom in North Dakota and elsewhere has helped the US become the world’s leading energy provider and has captured the attention of Hollywood producers. It also has claimed the lives of dozens of oil field workers.

Now, that fallout from the boom is drawing renewed attention from government scientists.

In the largest study of its kind, the National Institute for Occupational Safety and Health, which investigates the causes of workplace health problems, said it intends to examine the factors that cause injuries and accidents in the oil fields in an effort to improve safety.

Scientists from the institute will distribute questionnaires starting next year to 500 oil field workers in North Dakota, Texas and one other state that will be determined in the coming months.

“This is a high-hazard industry, and different states have different levels of maturity when it comes to safety and health for this workforce,” said Kyla Retzer, a Denver-based epidemiologist with the institute’s oil and gas program, which will be administering the study.

A recent investigation by Reveal showed how major oil companies avoid accountability for workers’ deaths in the Bakken oil fields of North Dakota and Montana. On average, someone dies about every six weeks from an accident in the Bakken—at least 74 since 2006, according to the first comprehensive accounting of such deaths using data obtained from Canadian and US regulators. The number of deaths is likely higher because federal regulators don’t have a systematic way to record oil- and gas-related deaths, and the US Occupational Safety and Health Administration doesn’t include certain fatalities.

In response to Reveal’s investigation, the federal agency pledged to step up enforcement against major oil companies and scrutinize speed bonuses in the Bakken, which some critics fear undermine safety.

As part of the new study, workers will be asked the hours they work and whether they wear protective gear as well as whether employers typically provide written safety policies and make their employees aware of their right to stop a job when they spot a potential safety hazard. Truck drivers in the industry will be asked whether they are paid by the hour or the load and whether their employers require that they drive in bad weather. The institute is collecting comments from the public on the forthcoming survey through Sept. 8.

Scientists plan to ask energy companies for permission to invite workers at man camps, which house laborers; trucking centers and other facilities to participate in the survey. The results of the study, which will be finished by early 2017, will be published in peer-reviewed health and safety journals. In addition, scientists intend to share their findings with federal OSHA officials and make specific recommendations on potential improvements at safety or oil and gas industry conferences.

“Sometimes, health and safety is not a top priority,” Retzer said. “We haven’t had a lot of opportunities to talk to workers directly. We want to better understand what their concerns are and how we can address them.”

Kari Cutting, vice president of the North Dakota Petroleum Council, dismissed the institute’s focus on hazards in the oil fields.

“I do not have any facts that would lead me to the conclusion that there are major concerns,” said Cutting, whose council represents more than 550 companies in the oil and gas industry. “I think North Dakota is very much in line with other states as far as putting safety as priority one. Gathering that kind of (survey) information will go a long way to pointing out the fact that the industry has a robust safety culture.”