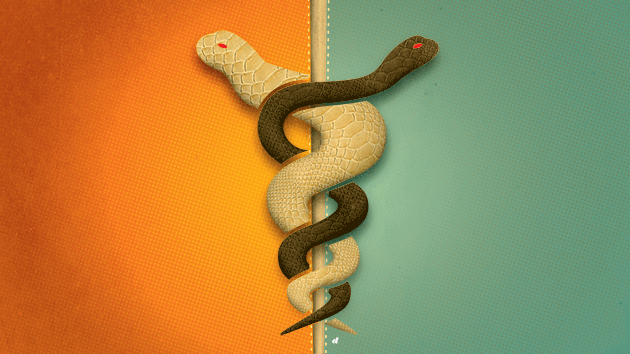 February 12, 2009, was supposed to be a big day for Carlton Haywood Jr.: The newly minted Johns Hopkins professor was set to travel from Baltimore to New York City to make a presentation at an important medical meeting. But the night before he left, a searing pain started to surge through his arms and soon spread to his legs. The next morning, when he boarded the train, his whole body felt like it was on fire. By the time he reached Penn Station, he could barely make it to the emergency room.

The pain was caused by Haywood’s sickle-cell disease, a genetic condition in which misshapen red blood cells build up in the blood vessels and cause infections, strokes, and excruciating episodes of pain. Having lived with sickle cell for 39 years and studied it as a bioethicist, Haywood knew the treatment he needed to stop the episode, so he requested a specific combination of medications. The hematologist, however, refused, implying that Haywood didn’t know what he was talking about. Haywood wound up missing the meeting—and was in the hospital for a week.

For the 100,000 Americans with sickle cell—it’s the most common life-shortening genetic disease in the United States—insults like that are routine. “We know what works best for us and what does not work so well for us,” Haywood says. “But doctors often don’t listen.” His research has found that when sickle-cell patients ask for medication—especially opioids to control their pain—they are routinely dismissed as pill seekers, even though they are no more likely to be addicted to painkillers than the general population. Sickle-cell patients in acute pain also face longer ER waits than other patients in acute pain.

So what’s unique about sickle-cell patients? Well, about 90 percent are African American. (The trait is thought to have originated in Africa as an adaptive response to malaria.) Many researchers believe that racial discrimination plays a major role in the care that sickle-cell patients get.

Consider, for comparison, the experience of people with another life-shortening genetic illness, cystic fibrosis, a respiratory and digestive condition. Like sickle cell, it gets worse with age, requires strict daily drug regimens, and often results in hospitalization. And like sickle cell, it dramatically shortens patients’ life spans—to a median of 37 years for cystic fibrosis, compared to 40 to 45 years for sickle-cell disease.

“In order to draw attention to a disease, you need affluent people promoting it,” notes one expert.

But here’s one key difference: Cystic fibrosis affects mostly Caucasians. And that, suspects John Strouse, a Johns Hopkins hematologist who has compared data about the two diseases, is one reason why funding for cystic fibrosis research, drug development, and patient advocacy dwarfs that for sickle-cell disease. In 2011, the most recent year for which his data is available, spending on cystic fibrosis totaled $254 million—nearly four times the $66 million that was spent on sickle cell, even though the latter affects three times as many people.

In part, that’s because cystic fibrosis’ primary dedicated charity—the Cystic Fibrosis Foundation—is far wealthier than the dozens of sickle-cell organizations combined. In 2011, the foundation spent $176 million on cystic fibrosis—compared to the $1.1 million spent by the Sickle Cell Disease Association of America, the largest of the advocacy groups.

“You have this kind of feedback loop,” Strouse says. The sickle-cell community has fewer wealthy, powerful advocates, so there’s less interest in research. “In order to draw attention to a disease, you need affluent people promoting it. And then, once the disease gets the attention, more people want to devote money to it”—which then leads to more research.

Case in point: In 2000, the Cystic Fibrosis Foundation invested in a pharmaceutical company that ended up developing a breakthrough treatment. When the foundation sold the rights to the drug royalties for $3.3 billion last November, it became the richest rare-disease advocacy group in history. Even though the new drug only works for a handful of patients, the windfall will support further pharmaceutical research that may one day lead to a cure for all. “We will convene the best minds in science and medicine to [cure] cystic fibrosis at its most fundamental level,” the head of the foundation wrote in a letter to supporters.

The deal, experts say, could set a precedent for other rare diseases. But if patients with big bucks bankroll research for their own conditions, Strouse wonders, then who will support the likes of sickle-cell disease? Poor parents, he notes, have fewer opportunities to be “out there raising awareness and buzz about your kid’s disease. You’re struggling just to get by, just to get your child to the doctor’s office while holding down your job.”