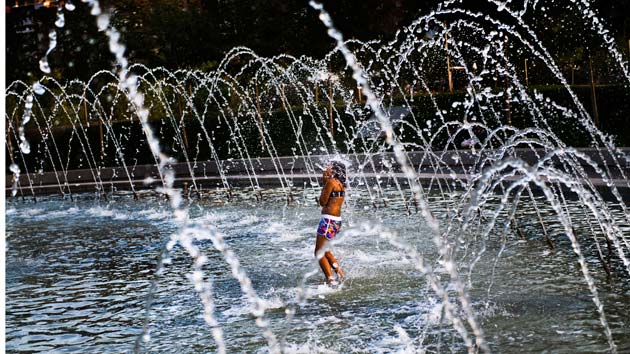 Last month was the hottest May globally since records began in 1880, new figures show.

The record heat, combined with increasingly certain predictions of an El Niño, means experts are now speculating whether 2014 could become the hottest year on record.

Data published by the US National Oceanic and Atmospheric Administration on Monday showed the average land and ocean surface temperature last month was 0.74C above the 20th century average of 14.8C, making it the highest on record.

There are two other main global temperature records in addition to NOAA’s, one kept by NASA and the other by the Met Office’s Hadley Centre in the UK. The three are combined by the UN’s World Meteorological Organization, which ranks 2010 as the warmest on record, and says that 13 of the 14 warmest years on record occurred in the 21st century.

Some forecasters are now predicting a 90 percent chance of El Niño—the weather phenomenon that can cause drought in Asia and Australia and lead to higher temperatures—happening this year, opening the possibility that 2014 will be the hottest year yet.

Kevin Trenberth, a climate scientist at the National Center for Atmospheric Research in Boulder, Colo., told the Guardian‘s environment network partner, ClimateCentral: “I agree that 2014 could well be the warmest on record, and/or 2015, depending on how things play out.”