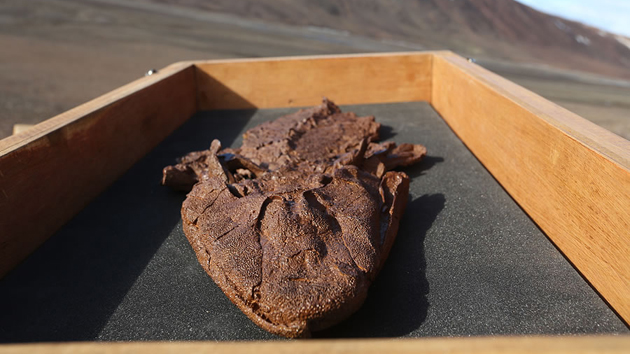 But the Darwin fish isn’t merely a clever joke; in effect, it contains a testable scientific prediction. If evolution is true, and if life on Earth originated in water, then there must have once been fish species possessing primitive limbs, which enabled them to spend some part of their lives on land. And these species, in turn, must be the ancestors of four-limbed, land-living vertebrates like us.

Sure enough, in 2004, scientists found one of those transitional species: Tiktaalik roseae, a 375 million-year-old Devonian period specimen discovered in the Canadian Arctic by paleontologist Neil Shubin and his colleagues. Tiktaalik, explains Shubin on the latest episode of the Inquiring Minds podcast, is an “anatomical mix between fish and a land-living animal.”

“It has a neck,” says Shubin, a professor at the University of Chicago. “No fish has a neck. And you know what? When you look inside the fin, and you take off those fin rays, you find an upper arm bone, a forearm, and a wrist.” Tiktaalik, Shubin has observed, was a fish capable of doing a push-up. It had both lungs and gills. In sum, it’s quite the transitional form.

Shubin’s bestselling book about his discovery, Your Inner Fish: A Journey Into the 3.5-Billion-Year History of the Human Body, uses the example of Tiktaalik and other evolutionary evidence to trace how our own bodies share similar structures not only with close relatives like chimpanzees or orangutans, but indeed, with far more distant relatives like fish. Think of it as an extensive unpacking of a famous line by Charles Darwin from his book, The Descent of Man: “Man still bears in his bodily frame the indelible stamp of his lowly origin.” 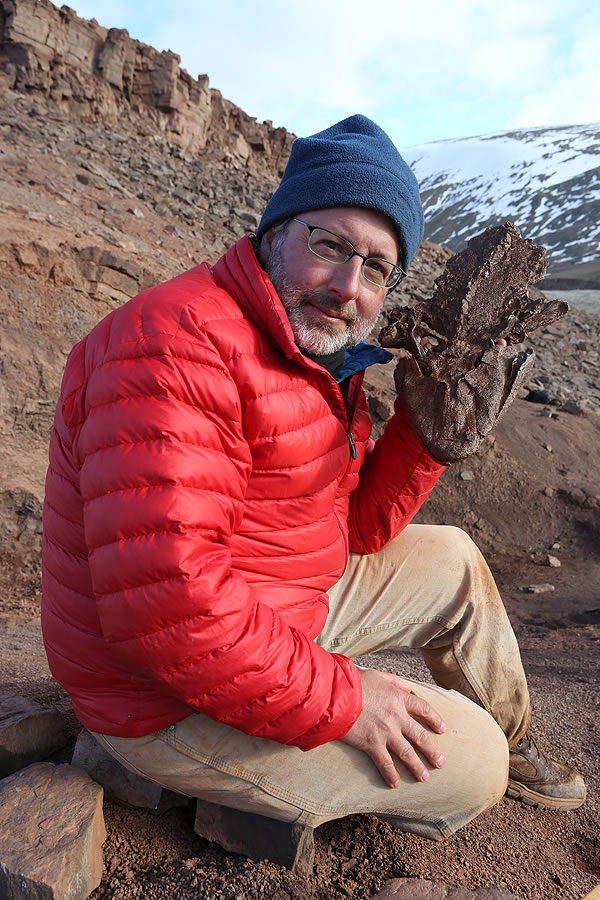 And now, PBS has adapted Your Inner Fish as a three-part series (you can watch the first installment here), using the irrepressible Shubin as a narrator who romps from Pennsylvania roadsides to the melting Arctic in search of fossils that elucidate the natural history of our own anatomy.

Now, of course, none of this sits well with the Young-Earth creationist crowd, who are continually trying to undermine science education and US science literacy. What do creationists say about Shubin’s research, and especially Tiktaalik? Turns out that creationist leader Ken Ham of Answers in Genesis has his answer ready to go: “There are no transitional forms that support evolution,” he confidently declares in a minute-long audio track dedicated to debunking the Tiktaalik finding. Why? Because “the Bible says God made fish and land animals during the same week, not millions of years apart.” That’s just the beginning of the attempted takedowns that creationists have leveled against Shubin’s work.

Creationists snipe, raise doubt, and deny almost everything that we know, but the reason that Tiktaalik is such a momentous find appears to be beyond them: Evolutionary theory (complemented by an extensive knowledge of geology) predicted not only that this fish would have existed, but also, that its fossilized remains would probably be found within a specific part of the world, in geological layers of a particular age. Hence, Shubin’s many trips with his team to the Canadian Arctic, where those rock layers could be found. “We designed this expedition with the goal of finding this exact fossil,” explains Shubin. “And we used the tools of evolution and geology as discovery tools to make a prediction about where to look. And the prediction was confirmed.” Thus, Tiktaalik isn’t just proof of evolution; it’s also proof that the scientific process works. 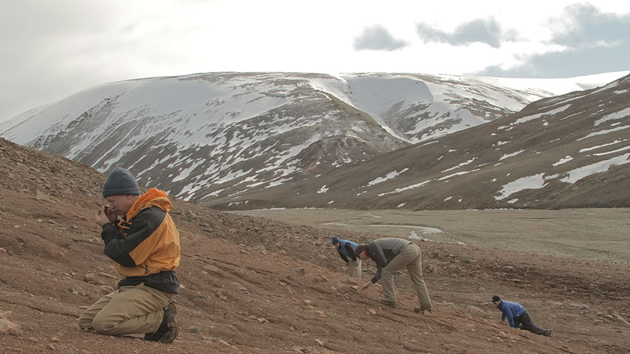 Shubin and his team working in the landscape where Tiktaalik was discovered. Courtesy of Tangled Bank Studios, LLC.

Nevertheless, following the announcement of Tiktaalik’s discovery in 2006, the creationists pounced. “My inbox is filled with some interesting emails,” says Shubin. Over time, as the idea for Your Inner Fish began to gel, Shubin decided to seek out creationists, or less-than-evolution-friendly audiences, in person to try to explain the fossil and what it means. “I decided at that point, I’m going to go give talks in Alabama, in South Carolina, in Oklahoma, in Texas, and elsewhere, where I’ll bring Tiktaalik with me, or the cast of Tiktaalik,” says Shubin. “And I’ve done this every year.”

Having the fossil to show, says Shubin, changes the entire nature of the discussion. “It’s about the data, it’s about the evidence, it’s about the discovery,” he says. “It’s about, ‘How do you date those rocks, how do you compare that creature to another creature?’ Well, if we do that, we kind of win, because what it means is it changes the conversation in a way where it’s now about evidence,” he continues. “You’re not going to change everybody’s mind, but you’re going to affect a few, most definitely. And that’s kind of my passion. That’s what I think I can bring to the table.” 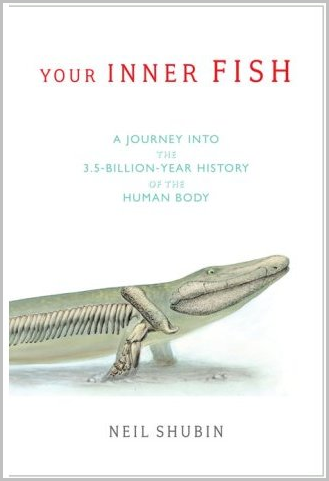 And as if Tiktaalik doesn’t push enough science denial buttons, it turns out that the story of its discovery is also, simultaneously, a story about climate change. The fossil was, after all, unearthed in the Arctic, the part of the world that is undergoing the most rapid climate change. Shubin has been working in this landscape, visiting every summer or every other summer, for years now, making him a firsthand witness to the abrupt transition. “I just feel, my Arctic has changed,” Shubin says. “Climate has sort of forced this other set of changes as well, and it’s hard to be there and not feel it,” he adds, noting a much greater military presence and also a corporate presence from companies in shipping and extractive industries.

But there’s a great irony: When it comes to the melting Arctic, what’s good for petroleum geologists is also pretty good for paleontologists, Shubin admits. “You look at the aerial photos, that were taken in 1959, and you can compare them to the aerial photos today, well, there’s more rock to look at,” he says. Glacial retreats may be a global disaster, but there’s no denying they’re a scientific opportunity.

All of which means: Those who deny climate change, and through their denial, help to worsen it…well, at least they’re giving us more evidence for evolution.

To listen to the full podcast with Neil Shubin, you can stream below:

This episode of Inquiring Minds, a podcast hosted by neuroscientist and musician Indre Viskontas and best-selling author Chris Mooney, also features a discussion of the growing possibility of an El Nino developing later this year, and the bizarre viral myth about animals fleeing Yellowstone Park because of an impending supervolcano eruption.