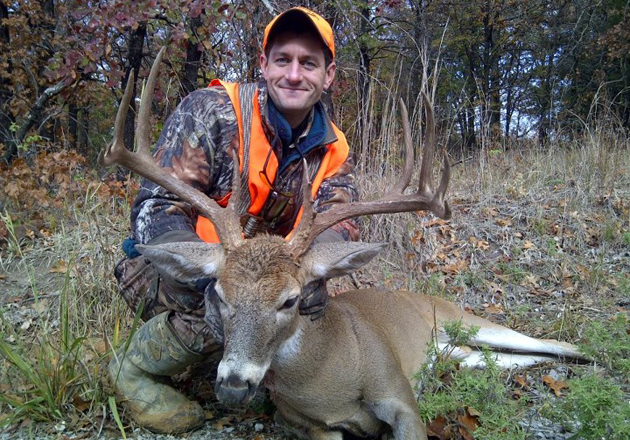 Mitt Romney is a climate change agnostic; the subject is clearly the source of some confusion for a candidate who once admitted that the shrinking global ice caps are “hard to ignore“—and that human activity is a “contributing factor“—but when pushed on the subject will usually defer to a sad shrug of, “I dunno.” One thing is certain, spending trumps whatever is going on out there in the ozone layer: “What I’m not willing to do is spend trillions of dollars on something I don’t know the answer to,” Romney said at an event in New Hampshire, after being called “mushy on environmental issues” by Sen. James Inhofe (R-Okla).

But while the presidential candidate continues to battle out his inner turmoil over who he is and what he believes in, what about his new running mate—noodling enthusiast, avid outdoorsman, and BROTUS-supreme Paul Ryan? Here’s a rundown of Ryan’s ongoing record on maintaining the quality of the outdoors, without which there would be no deer for him to bowhunt:

What’s he said so far about climate change? Shortly after “Climategate” erupted in November of 2009, Ryan made his infamous “snow” comment in an op-ed in the Journal Times. Fighting global warming had been a tough sell in his south Wisconsin district, he wrote, where “much of the state is buried under snow.” (350.org’s Bill McKibben recently tweeted a retort to this, saying: “Meet Paul Ryan—it snowed in my district, so let’s not do anything about climate change.”) In the same op-ed, Ryan discussed the EPA’s 2009 decision to officially declare carbon dioxide as a threat to the health and welfare of the American people. “Lisa Jackson, the head of the EPA, argued that this decision will ‘cement 2009’s place in history’…Unfortunately, this is not the type of history that future generations will appreciate,” he wrote. The rest of the article decried the “job killing cap-and-trade scheme” and “the hyper-politicization of science.”

The League of Conservation Voters has given Ryan a 3 percent score for his voting record on environmental issues since 2011.

Most of what Ryan has thus far been outspoken about, however, involves conservation—mostly in favor of his outdoorsy pet projects. The “Environment” page of his website lists wolf management, protecting his district’s Great Lakes from the scourge of Asian carp, and sportsmen’s issues (Ryan serves as an active member of the bipartisan Congressional Sportsmen’s Caucus) as his top environmental goals. However, he also cites that spending on departments such as the National Park Service and the Bureau of Land Management has increased by 20.4 percent since Obama took office, and that in this case, “bigger government has not equated to better government.” As such—and because of his continuing support of public land sales—Ryan has alienated many conservationists and sportsmen who would otherwise see him as a strong ally in the White House. “We just don’t think it’s a very prudent thing, just because of the current budget situation, to decide you’re going to have a firesale,” David Jenkins, vice president for government affairs at ConservAmerica, a Republican conservation group, told the Huffington Post.

What’s money got to do with it? Probably quite a bit. For example, Ryan has been strongly against government investment in clean energy (see below). Appearing on 60 Minutes with Mitt Romney earlier this week, Ryan implied that Obama was “picking winners and losers based on connections, based on fads like Solyndra.” But crony capitalism is a funny cry from someone who has immensely benefited from the very groups whose interests he is out to protect. To date, Ryan has received upwards of $244,000 in lobbying money from the oil and gas industries. In addition, according to the Daily Beast/Newsweek, Ryan and his wife Janna held stakes in four companies that lease land to energy companies, and thus stood to benefit personally from the $45 billion in tax breaks and subsidies in his proposed 2011 budget.

What about legislation?  Ryan’s record here is also not so good. The League of Conservation Voters has given him a 3 percent score for his voting record on environmental issues since 2011. Indeed, Ryan has seldom strayed from party lines. He’s voted to eliminate the EPA’s limits on greenhouse gas pollution, nix light-bulb efficiency standards, green-light Keystone XL, and sack White House climate advisers. In a Wall Street Journal op-ed about his 2011 budget plan, Ryan argued against clean energy investment, writing, “It rolls back expensive handouts for uncompetitive sources of energy, calling instead for a free and open marketplace for energy development, innovation and exploration.”