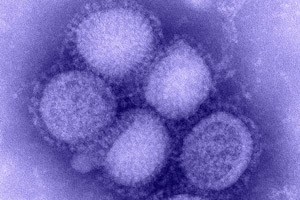 This report appeared on the TomDispatch website. It also appears in the Summer 2010 issue of World Policy Journal and is posted here with the kind permission of the editors of that magazine.

It is the nature of the influenza virus to cause pandemics. There have been at least 11 in the last 300 years, and there will certainly be another one, and one after that, and another after that. And it is impossible to predict whether a pandemic will be mild or lethal.

In 1997 in Hong Kong, when the H5N1 virus jumped directly from chickens to 18 people, it killed six of them. Public health officials slaughtered hundreds of thousands of ducks, chickens, and other fowl to prevent further spread, and the virus seemed contained. But it wasn’t. In 2004, H5N1 returned with a vengeance. Since then, it has killed hundreds of millions of birds, while several hundred million more have been culled in prevention efforts. And it has infected more than 500 human beings, killing 60 percent. The virus’s high mortality rate and memories of the 1918 influenza—the best estimates of that death toll range from 35 to 100 million people—got the world’s attention. Every developed nation prepared for a pandemic, as did local and regional governments and the private sector. They all based their preparations on a 1918-like scenario, but it did not come. It still could.

In March 2009, another influenza pandemic caused by a different virus did arrive, and it was nothing like the lethal one we expected. This particular H1N1 virus generated a pandemic with the lowest case mortality rate of any known outbreak in history. Nothing in the world accounted for the low death toll; it was simply luck that this pandemic virus had low lethality. The World Health Organization counts fewer than 20,000 dead worldwide, but that’s only laboratory-confirmed cases. It is impossible to know whether actual mortality was ten or even one hundred times that number.

But even the highest reasonable estimate of those killed by this latest pandemic so far—we could still see more waves of infection—still falls far below the anticipated scenario. The world assumed that preparing for a severe pandemic would allow it to adjust easily to a mild one. It was mistaken. This lesser pandemic threw the world off-balance, and very few nations have, with respect to influenza, regained their footing.

A World Under Pressure

The 2009 pandemic put the world under pressure and revealed flaws in both health systems and, more significantly, in international relations. The lessons we might learn from this past event could be of value in our ongoing war against the flu virus. But we’re still getting too many things wrong.

Virologists, epidemiologists, public health officials, even ethicists and logisticians are analyzing data from the pandemic. Based on their results, health organizations will likely adopt modest management changes. The WHO previously defined an influenza pandemic as basically any occurrence in which a new influenza virus enters the human population and passes easily between humans; it may refine that definition by adding a virulence factor, similar to the Saffir-Simpson scale for hurricanes (category 1 to category 5). Vaccine delivery systems will improve. Local hospitals will upgrade their triage practices. More fundamental changes, such as a shift in vaccine production away from chicken eggs, a technology used for more than half a century, to new production technologies were already under way before H1N1 hit and will accelerate.

These are good starting points. But on larger policy and scientific questions, any efforts to draw conclusions could mislead. All other pandemics we know about in any detail—in 1918, 1957, and 1968—sickened 25 percent of the population or more in every country for which data exists. The 2009 data suggests attack rates approached that benchmark figure in children only, while adults were generally attacked at only a quarter to a half that rate, not because of any public health measures taken but most likely because adults had already been exposed to a similar virus, and had some immunity. This distinctly unusual pattern makes it difficult to draw conclusions on the effectiveness of, for example, such non-pharmaceutical interventions as screening airport arrivals or shutting down schools. Yet some epidemiologists are insisting on doing just that. Policy for the next pandemic is being set, and it’s based on the analysis of flawed data.

The world needs to learn the right political lessons, too, and so far it has shown no sign of doing so. Instead, a scapegoat is being groomed. The WHO has come under intense attack for declaring a pandemic at all, and critics have even charged the pharmaceutical industry with influencing the decision. This is nonsense. The spring of 1918 saw a mild initial flu much like 2009—so mild, in fact, that the British Grand Fleet patrolling Europe’s coast had 10,313 sailors sick enough to miss duty during war, but only four died. Yet several months later, Armageddon arrived. Aware of that history, the WHO was all but compelled to act as it did. If the criticism of the WHO makes it less cautious in the future, the world will become a more dangerous place.

The real over-reaction came not from the WHO but from the nations that ignored the accurate epidemiological and clinical information the WHO regularly released. These countries refused to adjust their response and implemented extreme measures, either out of irrational fears or for domestic political reasons.

The Truth From Mexico

The world needs transparency about disease, and Mexico, where the disease first appeared in humans, did tell the truth about H1N1. For this it was roundly punished. Since there was no possibility of containing the virus, WHO and FAO explicitly recommended against trade or travel restrictions. Yet at least 25 countries limited trade with or travel to Mexico. France demanded that the EU suspend all flights to Mexico, and although that did not happen the EU and the U.S. government did recomment canceling non-essential travel to Mexico—despite the U.S. soon having more cases of H1N1. The World Bank estimated even this mild pandemic cost the Mexican economy 0.7 percent of GDP. Such political reaction makes the world less safe, since it makes countries less likely to tell the truth for fear of the repercussions.

Even more disturbing, a host of nations revealed themselves as determinedly and self-destructively committed to their individual political interests. It should surprise no one that the United States promised last September to give some vaccine to countries without any, then retracted the promise when vaccine production lagged, saying it first had to protect its own vulnerable population. But breaking a commitment sets a dangerous precedent, and the United States imports almost 70 percent of its vaccine. In a severe pandemic, political leaders of an exporting country could refuse to allow their manufacturers to ship supplies to the United States until its own population is protected, and cite this U.S. precedent.

At least hoarding vaccine to protect your domestic population is rational. The pandemic also demonstrated the irrationality of nations. Egypt exploited the outbreak to slaughter all pigs, a popular act since Muslims don’t eat pork. Several countries either lied or all but totally misunderstood the threat. Indonesia’s health minister told his citizens they had no need to worry about H1N1 because they lived in a tropical climate. Chinese Health Minister Chen Zhu initially declared, “We are confident and capable of preventing and containing an H1N1 influenza epidemic.” Yet this is, literally, impossible. In late September, with H1N1 already throughout China, he said his country would focus its vaccine effort on areas with greatest interaction with foreigners since it remained “a foreign disease.”

Such actions neither encourage nor reflect transparency, and destroy trust between nations. They are counter-productive domestically, undermining a government’s credibility. Above all, they make the world a more dangerous place.

In 2009 the world in effect took a test. At the scientific and technocratic levels, it did reasonably well. But at the level where politicians operate, too many countries failed, and failed miserably. That does not portend well for the future.

The H5N1 virus continues to infect and kill. It’s still a threat as a pandemic, while HIV and SARS demonstrate that new infectious diseases can emerge at any time. Meanwhile, a sense of complacency seems to be settling over the world. Because H5N1 has not become a pandemic and H1N1 turned out to be mild, the idea that influenza is no longer a threat has become pervasive. Everything that happened in 2009 suggests that, if a severe outbreak comes again, failure to improve on that response will threaten chaos and magnify the terror, the economic impact, and the death toll. And it will come again.

John M. Barry, Distinguished Scholar at the Tulane/Xavier Center for Bioenvironmental Research, is the author of The Great Influenza: The Story of the Deadliest Pandemic in History (Viking, 2004). This study of the 1918 pandemic was named by the National Academies of Science the year’s outstanding book on science or medicine. He has advised both the Bush and Obama administrations on influenza as well as other federal, state, and World Health Organization officials, and serves on advisory committees of Johns Hopkins Bloomberg School for Public Health and MIT’s Center for Engineering Systems Fundamentals.