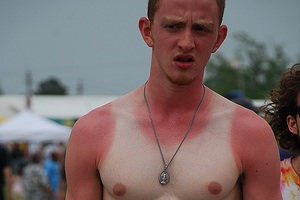 Also from the Climate Desk: Should medical ethics apply to Earth care?

The National Oceanic and Atmospheric Administration isn’t known for its political forecasts, but last spring, the agency quietly released a 40-page study that should give a jolt to any campaign strategist who hopes to work in the next dozen election cycles. Simply called “Scenarios for 2035,” the report never once mentions voting trends or red-blue divides, but it does explain how changes in climate could quickly and radically reshape American politics–upending the power balance in Congress, scuttling traditional paths to the White House, and igniting new fights over natural and financial resources.

The NOAA report joins a variety of other studies, from the government and from environmental groups, that suggest politicians as a species may need to adapt to climate change as fast as polar bears. Consider the ways the electoral environment could be affected: Both major political parties could see their power bases erode as Americans, responding to warming temperatures and rising seas, flee the Republican-dominated South and Democratic-friendly coasts. Drought in the Southwest could reignite water wars between California suburbanites and Rocky Mountain swing voters. In Iowa, where floodwaters will rise more often and corn yields could suffer from heat waves and insect plagues, wanna-be presidential contenders could end up talking FEMA as much as the Farm Bill.

And if you think the current immigration debate is charged, wait until so-called climate refugees begin pouring in from China, Southeast Asia, and Sub-Saharan Africa. Meanwhile, on the foreign policy front, the NOAA study projects “tensions between governments in the East and West [will] begin to fray as it is becoming clear that an entirely new level of commitment”—read: huge amounts of money—”will probably be needed to address the relationship between people and the planet.”

Mass migrations have historically triggered power shifts in American politics—to the West in the late 1800s, to the Sun Belt in the 1970s, and today to the booming Southwest. Forecasters say climate change could have similar effects. In two of the three climate scenarios NOAA outlines for 2035, the decades-long trend of Americans moving to the Southeast and to both coasts ebbs, due largely to hotter summers, rising waters and increased hurricane activity. In the more extreme of the two–what is essentially the “no mitigation” scenario, which is to say, the federal government makes little effort to curb carbon emissions–northern state populations swell 20 percent by 2035, while California and Florida each lose millions of people. Other analysts expect urban populations to expand, due to both an influx of immigrants fleeing foreign countries ravaged by climate change, and to former suburb-dwellers who find many of their signature comforts imperiled. (Playing catch in the yard is less appealing if there’s no water for the grass.)

Taken together, these changes could disrupt political patterns that have taken hold over the last two decades. Since Bill Clinton first ran for president, certain truisms have emerged. Democrats start by banking on the West Coast and the Northeast; Republicans build from the South and the Great Plains. Florida, the Rust Belt, and increasingly the Four Corners—they more or less break the tie. But shift electoral votes from the Sunshine State to the Great Lakes, or from California to the Dakotas, and you open up all sorts of new routes to the magic number, 270. Or consider what happens to the makeup of Congress if census results require that California lose seats and Indiana gain them. You’d be looking at a Democratic Party, for example, with fewer liberals like Nancy Pelosi and more Blue Dogs like Baron Hill. At every electoral level, a new wave of urbanization could spell trouble for Republicans, because Democratic candidates dominate in cities.

Many analysts expect climate change to elevate regional tensions over partisan matters–and unleash a new wave of national wedge issues in the process. Chief among them: Water. Vast swaths of the country may come to know the down-to-the-last-drop battles between farmers, subdivision developers, and environmentalists that states such as Colorado have long witnessed. Due to more frequent droughts and declining snowpacks, “You’re going to have an increasingly limited resource and increased demand from cities such as Los Angeles and Las Vegas” for water typically used by Rocky Mountain ranchers, said Rick Ridder, a veteran Democratic consultant in Denver. “This is going to pit urban America versus rural America.”

The most precious resource of all could prove to be federal dollars. A changing climate brings extreme flooding, wilting crops, rising tides that swallow coastlines, and new waves of immigrants; that could prove to be a drain on U.S. coffers as every hard-hit area clamors for its slice of relief. One impact, analysts say, is that non-emergency priorities will get crowded out of the budget. Environmentalists point to what’s happening already with the Forest Service, where firefighting costs have ballooned and other programs—including recreation and habitat restoration—have suffered. “We could get caught in a spiral of emergency response,” said Lou Leonard, a climate expert with the World Wildlife Fund. “Mitigation could become secondary to urgent adaptation needs, and America could go broke trying to cope with climate change.” Special interests could lose key allies: Louisiana residents might, for example, demand more attention to their sinking coast and less to the oil and gas industry.

In two of the three NOAA scenarios, the US economy never quite recovers as the world shifts away from fossil fuels and toward low-carbon energy sources. At some point, many experts predict, America’s inability to make this transition could make climate adaptation itself a dominant political issue. After years of demanding little action on global warming, voters could suddenly and angrily urge their leaders to shower government aid on the farmers, coast-dwellers and other populations suffering under the effects of a changing climate. Their cries could form the basis of a new populist movement, rooted in poorer and middle-class voters who seethe at their political leaders’ inattention to their problems and lament an American Dream gone awry. Ridder suggests those folks could call themselves the Sunscreen Party.

This piece was produced by The Atlantic as part of the Climate Desk collaboration.