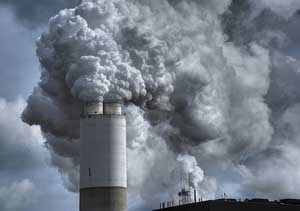 With the Senate cap-and-trade bill on ice for the foreseeable future, a key bloc of Democrats is agitating for a Climate Plan B: an existing energy policy bill they say would put the US on the path to a clean energy future. Make that a road to nowhere. The bill in question lacks any kind of cap on carbon, and contains so many concessions to the oil, coal, gas, and nuclear industries that one environmental group has dubbed it a “flashback to Bush energy policy.”

For months, a gaggle of centrist Democrats has tried to convince the party’s leaders that they should abandon their push for a cap-and-trade scheme and instead settle for passing the energy measure that was approved by the Energy and Natural Resources Committee last June. When Republican Scott Brown seized Ted Kennedy’s Massachusetts Senate seat in an upset victory, these Plan B proponents saw their chance. Since then, they’ve been vigorously arguing that capping carbon is a huge political risk that Democrats can’t afford to take in an election year. “They’re using uncertainty over the Obama agenda as a whole to reinvigorate their push,” said Joe Mendelson, director of global warming policy at the National Wildlife Federation.

Talk of a climate about-face intensified as news outlets reported last week that senators John Kerry, Lindsey Graham, and Joe Lieberman—who are working to assemble a cross-party coalition to support climate legislation in the Senate—are planning to scrap a cap on carbon altogether. Graham, who was already on the record condemning the House and Senate cap-and-trade bills, declared in an interview with the New York Times that “some massive cap-and-trade system that regulates carbon in a fashion that drives up energy costs” is “dead.” “Realistically, the cap-and-trade bills in the House and the Senate are going nowhere,” he added.

Abandoning the effort to put a cap on the emissions that are warming the planet could deal a death blow to the chances for an international climate treaty. Right now, other big emitters—China in particular—want to ensure the US makes meaningful cuts before showing their cards. When the Obama administration formally signed on to the Copenhagen accord last week, it pledged to reduce emissions “in the range of” 17 percent below 2005 levels by 2020—but only if such a reduction is first passed into law by Congress.

That’s not the only problem. Even though supporters of the energy bill like Byron Dorgan tout the proposal as a way to “move us in the direction of a lower-carbon future,” the legislation was not written with the aim of lowering pollution. In fact, the bill’s numerous concessions to big energy interests could actually lead to more, not less, emissions.

If signed into law, the measure would lift a ban on drilling for oil in the eastern Gulf of Mexico off the coast of Florida—allowing oil extraction just 45 miles offshore.

Daniel Lashof, director of the climate center at the Natural Resources Defense Council, also argues that the bill’s measures to expand federal authority over the placement of power lines could increase emissions. More electricity infrastructure without a cap on carbon would make it easier to bring new coal plants online and increase output at existing facilities, said Lashof.

And the handful of provisions in the bill that supposedly provide incentives for clean energy turn out to be pretty anemic. The proposal includes a new renewable electricity standard that requires utilities to produce 15 percent of power from renewable sources by 2021. But solar and wind advocates say that standard is actually less ambitious than the path that the industry is already on.

The bill would also establish something called a Clean Energy Deployment Administration (CEDA), which supporters claim will direct much-needed loans to the renewable energy sector. However, the bill’s fine print ensures that the lion’s share of the money will likely go not to start-up wind farms or solar panel factories, but to the nuclear industry. As Mother Jones has reported, the bill would empower the Department of Energy to hand out an unlimited number of loan guarantees to underwrite the construction of new nuclear plants without congressional review. This amounts to a massive giveaway to the nuclear industry, as construction costs have spiraled so dramatically over the past decade that the private sector now refuses to finance new plants. With the Congressional Budget Office warning that the chance of default on these loans is at least 50 percent, the energy bill could leave the taxpayer on the hook for billions.

Supporters of the energy measure have argued that passing this bill alone is more politically feasible than getting cap and trade through the Senate. But although a bipartisan group of senators on the Energy and Natural Resources Committee approved the measure, its prospects look very different in the wider Senate. Right now, cap and trade is drawing heavy fire from senators from states whose economies depend on forms of energy that would be penalized by a carbon cap. But if Democrats opted to advance a bill with no cap, that measure would then be attacked by the most dedicated supporters of a comprehensive climate solution. Already, 17 senators have written to Obama urging him to keep the focus on a comprehensive bill. Even Lindsey Graham, who has blasted the existing cap-and-trade bills, says the energy-only option is “not strong enough.” “I’m not going to ask the environmental community to accept a compromise that doesn’t in a serious way deal with our carbon pollution problems,” he said last week. “You’ll get some votes for a comprehensive package that you wouldn’t get for stand-alone proposals.”

So what now? With a bloc of Democrats almost entirely written off, it seems Graham, Kerry, and Lieberman are left figuring out just how much oil, gas, nuclear, and coal are needed to sweeten the deal for Republicans. Graham remains confident that they can figure out the right mix. “If we can make the energy piece attractive enough for Republicans, there’s going to be more than a handful that would agree to emissions controls,” he said. The Obama administration seems to have adopted the same strategy: In the energy portion of his State of the Union address, Obama spoke only of initiatives to encourage nuclear, oil, gas, and “clean” coal—and barely mentioned renewable energy.

Kerry was adamant last week that despite the media reports, he, Graham, and Lieberman aren’t abandoning the effort to cap on carbon emissions. But he admitted that they were open to other possibilities beyond the cap-and-trade scheme Democrats have been sweating over for the past year. “We’re not stuck on one idea. We’re looking for a way to come at this that gets the job done, but the job remains the same: addressing the real urgency of climate change,” he said. “There are any number of ways of skinning this cat.”