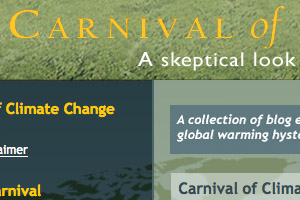 The Tennessee Center for Policy Research runs the website Carnival of Climate Change, which provides “a skeptical look at climate change alarmism.” Much of its content is reposted from amateur blogs. One of the blogs that it promotes, The Global Warming Heretic, argues that “Environmentalists may be to BLAME for recent warming” because efforts to stop acid rain limited coal particulates that reflect sunlight. Even so, the blogger adds, “I’m not ready to concede any human influence in the climate cycle.” Another “Climate Blogger” in the Carnival’s tent suggests that obese Americans are a “natural resource” because their fat can be harvested for its stem cells.

The TCPR’s president is Drew Johnson, who made a splash in 2007 when he revealed that Al Gore’s Tennessee mansion used roughly 20 times more energy than the typical American household. “Al Gore is a hypocrite and a fraud when it comes to his commitment to the environment,” he crowed. (Gore’s supporters countered that his house has solar panels and other energy efficient technologies.) Johnson previously served as a Koch Fellow at the Institute for Humane Studies and the American Enterprise Institute, which are both funded by foundations tied to Koch Industries, a company with extensive oil interests.

In an interview, Johnson claimed that TCPR has never taken any money from energy interests and that Carnival of Climate Change was a minor side project that is “not supposed to be a hard news or hard research site.” He added, “What we put up there, or what is put up there [through an automatic news feed] isn’t reflective of our research, our opinions, or our thoughts.”