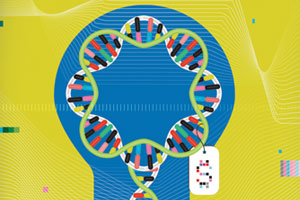 There must be something wrong with me. After receiving notice from 23andMe that my personal genetic profile was complete, I waited three months to go online and check out the results. I’m clearly out of step with the rest of humanity, which, judging from the explosive growth of direct-to-consumer genetic testing, is desperate to get a glimpse of its genes. More than a dozen testing services have launched since 2006, and industry sales, according to one estimate, could hit $1 billion this year. “Genome-informed,” personalized medicine is viewed by doctors and patients as the wave of the future, the path to wellness—or, to quote the slogan of one California testing company, a way to “Live Better—Longer.” But will we really? Or is peddling genetic tests as the medical equivalent of an iPod simply a way to reel in enough people to serve a greater business model—in which the test is the proverbial free toaster, and customer data is the real product for sale?

For anywhere from free to thousands of dollars, firms with names like deCODE, Navigenics, and GeneLink will send you a test kit­; 23andMe’s slick, spring-green box includes instructions for spitting into the sterile tube (saliva contains DNA-bearing cheek cells), adding a preservative, and mailing it to a laboratory. There, technicians scrutinize your genome for single nucleotide polymorphisms (SNPs), short sequences of DNA that vary slightly between groups of people and help explain our physical differences. (One company, Knome, will sequence your entire genome for $99,500.)

While only a minute fraction of SNPs (or “snips”) are well understood, scientists have correlated some of them to known traits and conditions—from eye color and wet earwax to Alzheimer’s disease and susceptibility to the side effects of various drugs. For the most part these links were established by mining huge medical databases and comparing people’s genetic code, or genotype, with known details about their actual traits—or phenotype, as your high school biology teacher would say.

The implied promise of the consumer-genetics industry, and its main selling point, is that knowing your genetic fate leaves you somehow better prepared to tackle future health problems. 23andMe, perhaps the best known of these companie­s—thanks to an Oprah appearance, celebrity spit parties, and a branded blimp seen flying over Silicon Valley—even hosts a Facebook-type function that lets customers share and compare genetic predispositions for, say, Parkinson’s disease and swap tips for coping with diseases they have or may one day get.

But the sales pitch obscures the true point of the tests, and even the fine print only hints at it. 23andMe wants customers to merge their genetic profiles with online personal health records like those Google has set up for people to track their medical information. Both Google and its cofounder Sergey Brin—who is married to 23andMe cofounder Anne Wojcicki and has a family history of Parkinson’s—are big investors in the firm; marrying their customer data would enable 23andMe to pair clients’ genetic data with their actual physical conditions. As it turns out, 23andMe’s long-term revenue model has little to do with selling kits and everything to do with selling customer information to drugmakers and others in need of human guinea pigs for clinical research. The company hinted at this in July by calling for people with specific diseases to take part in an in-house study for no pay, other than a $300 price break on a personal genetic profile. “We are the broker,” cofounder Linda Avey conceded to me in a recent interview. “We make the connection between [the drug firms] and the individuals.”

To realize the dream of personalized medicine, pharmaceutical and biotech companies will need reliable clinical data on hundreds of thousands of people. Most diseases, after all, depend on the complex interplay of many genes and environmental factors. The New Jersey-based Coriell Institute for Medical Research, a nonprofit that shares biological materials with researchers, is already preparing for a large SNP study by recruiting 10,000 volunteers. It hopes to eventually attract 100,000, offering free genetic profiles in exchange for extensive personal and health information. A new company, TruGenetics, has also offered 10,000 free profiles, and plans to profit from selling the information it collects. “When you get into predicting a future outcome, one needs that tightly controlled model,” explains David Speechly, a vice president for genomics research company Celera.

Knowing how genes affect people’s response to medicines could help drugmakers determine proper dosages. And tailoring products to patients with specific gene profiles may allow Big Pharma to revive once marginal drugs, extend patents, and reduce side effects—and thus lawsuits. Doctors can already use genes to determine, for example, which of their breast cancer patients will most likely benefit from the drug Herceptin.

But there’s a rub: It will be years, even decades, before this new research produces many tangible benefits. For the time being, SNPs won’t tell you much. My 23andMe profile suggests I’m prone to having underweight babies. (My boy was nine pounds, six ounces.) I should have an average number of freckles. (I’m covered.) Blue eyes. (Bzzzt! Green.) Poor performance on nonverbal tests of intelligence. (I aced my SATs.) If science can’t get the trivial stuff right, why should I worry when a company says I have an elevated risk for heart disease or macular degeneration? My profile also says my SNPs should make me sensitive to the anti-clotting drug warfarin. What it can’t tell me is how my doctor is supposed to use this information. Should she not prescribe it, and leave me vulnerable to blood clots? Or give me a low, perhaps ineffective dose? The drug susceptibility info these companies provide is the roughest sort of guide.

The limits of science haven’t stopped a host of companies from pushing knowledge that’s best described as genetic navel-gazing. CyGene Direct promises to reveal predispositions to athleticism and sports injuries. Consumer Genetics will inform you whether you’re susceptible to caffeine; ditto NicoTest for nicotine. For a lifetime fee of $1,995, ScientificMatch will use genetically determined “chemistry” to hook you up with the perfect mate. My favorite is GeneLink, which looks for “variations in key genes related to skin aging, wrinkling and overall skin health.” According to the Government Accountability Office, one direct-to-consumer company charged $1,200 a year for “personalized” nutritional supplements sold at any grocery store for $35.

Perhaps more worrisome is the notion that unlocking the secrets of your genes will, in the words of 23andMe’s cofounders, allow you to be “empowered” and “live strong.” Even if SNPs told the whole story, there are many horrible diseases for which knowing your predisposition offers no benefit. I’m told my risk of developing Parkinson’s is about average, but even if it were high, there’s little I could do about it. Early treatment with drugs such as levodopa would only build up my body’s tolerance, rendering the drug less effective sooner. Same with Creutzfeldt-Jakob disease, a terrible degenerative brain condition—or with gallstones or multiple sclerosis, both of which I’m supposedly at normal or slightly elevated risk of developing. In these cases, the most likely outcome of a genetic test is heightened anxiety.

At worst, knowing their genetic profiles may lead consumers to seek invasive, perhaps unnecessary procedures—adding to a culture of overtreatment that has long been a prime culprit in America’s runaway health costs. DeCODE’s website, for instance, relates the story of Charles Wallace, a middle-aged Texan who was found to have a slightly elevated level of PSA, a protein that shows up at a higher concentration in the blood of men with prostate cancer. Wallace opted to watch and wait. But after his SNP profile indicated a predisposition to prostate cancer, he sought a biopsy, which was positive; he ultimately had his prostate removed.

Wallace now credits deCODE’s test with “helping to save his life.” Yet according to two key studies released this year, early detection probably doesn’t reduce a man’s risk of dying from prostate cancer, certainly not by much. Treatment, however, often leads to devastating side effects, including incontinence, impotence, and loss of bowel control. Men who learn of this predisposition thus face a Faustian bargain: wait for symptoms and risk eventually dying from cancer, or get preventative surgery and risk a future of Viagra and Depends, with no guarantee of dodging the grim reaper.

As the consumer-genetics industry goes gangbusters, plenty more people may be sold on false hope or subjected to unnecessary worry. Armed with cursory knowledge, the sick may be inclined to blame their problems on their genes and continue living an unhealthy lifestyle. The healthy may join the “worried well,” who believe that staying healthy requires constant vigilance. (“Gene tests are intended for healthy people who want to do everything they can to stay that way,” notes a blurb for the Gensona tests, peddled by Amway.) That doesn’t sound much like empowerment. Come to think of it, the only thing I really want to know from my test is whether there’s a SNP that will make me indifferent to the results.