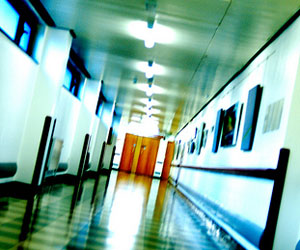 Photo used under a Creative Commons license by flickr user <a href="http://www.flickr.com/photos/boliston/">boliston</a>

Push finally came to shove in Washington this past week as the battle for health care escalated from scattered sniper fire into all-out combat. If it all seems to be getting more and more confusing, join the club. It’s hard to see what’s happening through all the gun smoke.

The Republicans have more than health care reform in their bombsights—they want a loss for Obama so crushing it will bring the administration to its knees and restore GOP control of Congress after next year’s elections.

In the words of Republican Senator Jim DeMint, “If we’re able to stop Obama on this, it will be his Waterloo. It will break him.”

The “Waterloo” of DeMint’s metaphor, of course, is not the 1974 Abba hit but the battle in 1815 that ended Napoleon Bonaparte’s rule as Emperor of France—a humiliating defeat and a turning point in European history. Right-wingers like Glenn Beck see Obama as Napoleon incarnate, a popular emperor who must be stopped.

Here’s what Beck said on his television show Monday, July 20: “I’m telling you, this guy is dangerous. He’s never lost before. He won’t understand … like, ‘Who are you to question me?’ I mean, this guy is practically an imperial President now. When he starts to lose and people start to question him and push him back against the wall, he’s not gonna know how to react.”

The Republican strategy is almost identical to the way they turned health care into Waterloo for Bill and Hillary Clinton in 1993.

Back then, one of their chief propagandists, William Kristol, urged his party to block any health care plan for fear that Democrats would be seen as “the generous protector of middle class interests.” Now he’s telling the GOP to “go for the kill … throw the kitchen sink … drive a stake through its heart … We need to start over.”

So in lockstep are the Republicans that when strategist Alex Castellanos issued a memo outlining their battle plan, party chairman Michael Steele parroted large sections of it word for word in a speech at Washington’s National Press Club. Asked a health care-related question that took him off script, Steele replied, “I don’t do policy.”

As the Republicans fired away, big business stepped up the attack too, their lobbying and advertising guns blazing. The Chamber of Commerce, for one, announced a major campaign of rallies and print and Internet ads to crush the White House plan for a competitive public option allowing consumers to choose between a government plan and private health insurance.

In key states where members of Congress remain on the fence, the airwaves are vibrating with television commercials aimed at shifting hearts and minds away from any change that might threaten profits.

President Obama rejected the Republicans’ Waterloo metaphor and mounted a massive media counteroffensive of his own. But the President has already run into booby traps of his own making and minefields laid by members of his own party, exacerbated when the Congressional Budget Office reported that reform plans, instead of controlling costs, would send the national debt further into the stratosphere.

Meanwhile, supporters who want to scrap the present system for fundamental change are staring glumly though the fog of war at a battlefield in total disarray.

They fear that in the White House’s desire to get a bill—any bill—passed by Congress, it will have been so compromised, so bent to favor the big interests, that it will be less Waterloo than watered down, a steady diluting of the change they had hoped for and that America needs.

The big drug companies are already so pleased with what they’ve been promised that they’ve brought back Harry and Louise—the make-believe couple who starred in TV ads that helped torpedo the Clinton health care plan—but this time they’re in favor of reform.

According to The Associated Press, the drug industry’s trade group PhRMA (the Pharmaceutical Research and Manufacturers of America) and the drug company Pfizer “reported spending more money than other health care organizations on lobbying in the second quarter of this year—$6.2 million from PhRMA, $5.6 million from Pfizer.

“Including its latest report, PhRMA has now spent $13.1 million lobbying so far this year. Pfizer has reported $11.7 million in lobbying expenses for 2009.”

This is part of the reason, as Alicia Mundy and Laura Meckler recently wrote in The Wall Street Journal, that “the pharmaceuticals industry, which President Barack Obama promised to ‘take on’ during his campaign, is winning most of what it wants in the health-care overhaul.”

Their story describes “a string of victories” plucked from the Senate Finance Committee by drug company lobbyists, including no cost-cutting steps, no cheaper drugs to be allowed across the border from Canada, and no direct Federal government negotiations with the pharmaceutical companies to lower Medicare drug prices.

And that’s not all. The Senate Health Committee is giving the biotech industry monopoly protection against competition from generic drugs for 12 years after they go on the market.

No wonder the cost of reform keeps going up and up and up. Could it be that Harry and Louise are happier because, this time, they’re in on the deal?