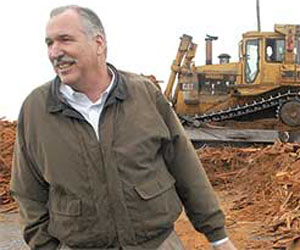 
In the heart of Washington state’s logging country, where it’s a treasured pastime to curse the endangered spotted owl, you’ll find one of the greenest paper mills around. Tucked along the rainy coastline, Grays Harbor Paper produces some of the country’s only 100 percent recycled paper in a plant powered entirely by biomass fuel derived from logging waste.

It wasn’t always like this. The mill, formerly owned by itt Rayonier and International Paper, shut down in 1992, putting more than 600 people from nearby Hoquiam and Aberdeen out of work. “Families were breaking up and moving out,” says Bill Quigg, a Hoquiam native who bought the mill in 1993. “There were suicides. It was really a hard time.” Today, Grays Harbor Paper employs more than 200 people and Hoquiam is home to one of the nation’s largest biodiesel plants.

Like other areas that have been shut out of the postindustrial economy, Grays Harbor turned to renewable energy not for feel-good reasons but financial ones. “Politically I am on the right side of Genghis Khan,” says Quigg. “I’m not a lefty wacko.” Nevertheless, “We make the greenest products, and we make them with the greenest fuel,” he enthusiastically boasts. “Nobody else does that. We have the audacity to think we can change the market. If you buy local and smarter, you save a tremendous amount of fossil fuel.”

Whether Quigg’s strategy will work in the long run remains to be seen. The mill runs on a tight budget; its Harbor 100 recycled paper represents a mere 2 percent of sales. Two years ago, the city of Seattle contracted to buy Harbor 100 for office use. With a few more contracts like that, Quigg says, he can afford to make his plant even more environmentally sound and eventually build a recycled pulp mill to “close the loop.” In the meantime, he says he’ll keep taking advantage of the area’s unique resources. We don’t know how to stop the trees from growing here,” he says. “We live in the best biomass area in the continental U.S.”

Grays Harbor is a case study of how investment in renewable energy can bring rural areas back from the doldrums, explains Rep. Jay Inslee, a Washington state Democrat and clean-energy advocate. “I love small towns, and I don’t like to see them shriveling up,” he says. “Grays Harbor is just one of hundreds of towns that are experiencing this rebirth.”

Among the other down-and-out locales banking on alternative energy:

langdon, north dakota: After watching its population blow away with its legendarily fierce winds, the town’s leaders got an idea. Last December, it became home to a $300 million, 106-turbine wind farm that produces enough energy to power as many as 40,000 homes.

reynolds, indiana: Already known as “BioTown, USA,” Reynolds is trying to go completely off the grid by tapping into a local resource: cow and hog manure. The town is about to break ground on an anaerobic digester, which will turn methane gas from animal waste into electricity.

clinton county, iowa: A refinery near the Mississippi pumps out 10 million gallons of biodiesel a year and supports 13 full-time jobs. The nearly two-year-old plant used soybeans until prices tripled; it now makes fuel from animal fats.

benson, minnesota: This old railroad town has an ethanol plant and a biomass power plant that burns turkey manure, or as the locals call it, “poultry litter.” The plant burns 500,000 tons of the stuff a year, producing 55 megawatts of power and providing 100 new jobs.