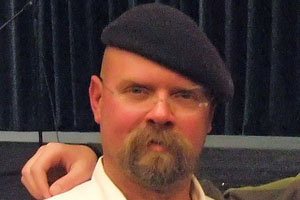 
On the Discovery Channel’s MythBusters, Jamie Hyneman slays urban legends with the greatest of ease. Since he’s also a weird-energy enthusiast (he once powered a small rocket with a salami), we asked him to help us separate the big ideas from the duds on the energy frontier.

ENERGY SOURCE: Cow manure
HOW IT WORKS: In an anaerobic digester, bacteria break down manure and produce methane, which is trapped and used to generate electricity.
PLAUSIBLE: It’s already being used in California. “nasa actually investigated this, because if you’re going to Mars and you’ve got people on board, you’ve got poo,” says Hyneman.

ENERGY SOURCE: Human motion
HOW IT WORKS: Create a “crowd farm” like the Sustainable Dance Club in Rotterdam.
BUSTED: JH: “Go for the babies. Just put them on a little treadmill and let ’em rip.”

ENERGY SOURCE: Magnetic motors
HOW IT WORKS: Evangelical entrepreneur Dennis Lee claims his 500%-efficient motors will bring free energy and “an abundance of wealth for worldwide end-times evangelism.”
BUSTED: There’s no sign the technology actually works, but Lee has gotten rich selling dealerships to true believers. JH: “I’ve gotten so that I can smell these things a mile away.”

ENERGY SOURCE: Unicellular green algae
HOW IT WORKS: Deprived of sulfur and oxygen, they produce high yields of hydrogen.
PLAUSIBLE: JH: “Algae are such basic, simple organisms. If you optimize them, they are going to produce massive quantities of whatever you have tailored them to.”

ENERGY SOURCE: Empty space
HOW IT WORKS: Thomas Bearden says he can use vacuum energy to power a generator.
BUSTED: JH: “The universe is filled with energy, but pulling energy out of a vacuum or something—there’s no substance there as far as I’m aware.”

ENERGY SOURCE: Grape juice
HOW IT WORKS: NanoLogix uses bacteria to convert Welch’s sugar runoff into hydrogen.
PLAUSIBLE: JH: As with algae, “with microbes there is no bottleneck to slow you down.”

ENERGY SOURCE: Dirty diapers
HOW IT WORKS: A British company turns poop and plastic from diapers into gas and oil.
BUSTED: JH: “Are you really going to be able to isolate diapers in such huge volumes that you’re running your entire country off of gasoline powered by diapers? No.”

ENERGY SOURCE: Greenhouse gases
HOW IT WORKS: Los Alamos scientists propose exposing air to potassium carbonate, which absorbs carbon dioxide that is then converted into methanol, gasoline, or jet fuel.
PLAUSIBLE: JH: “How do you come up with the energy to do this conversion? If you can get it from something like sunlight, then there is your free lunch.”