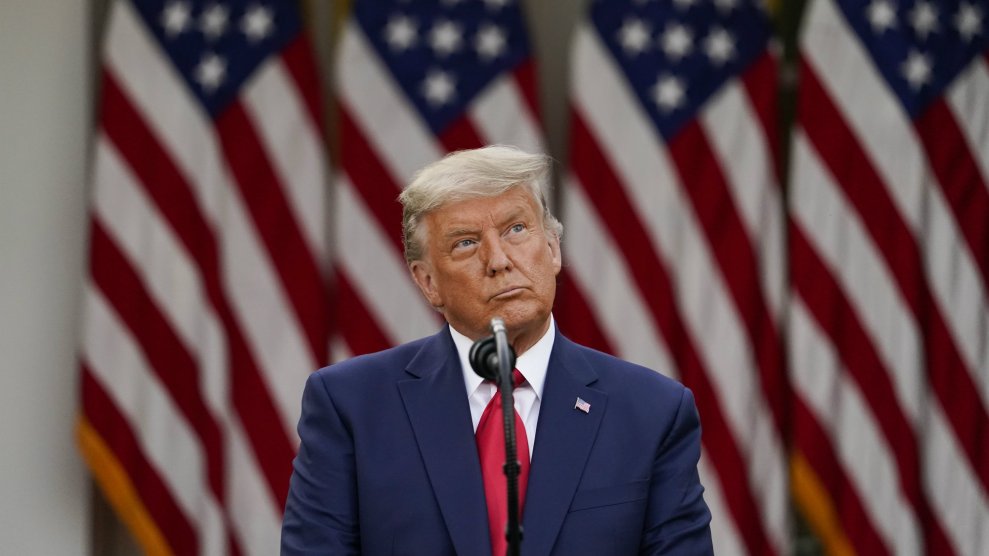 On Tuesday night, the White House announced that President Donald Trump had pardoned more than a dozen people, including the security contractors responsible for an Iraqi civilian massacre, his allies who lied to federal officials during the Russia investigations, and former politicians convicted of white collar crimes. But while Trump’s well-connected and wealthy allies will spend the holiday season celebrating their clean slates, three people on federal death row will spend the season begging for mercy from a president who plans to execute them in the new year.

Trump’s flurry of pardons and commutations was widely expected, adding to the already 65 people who have enjoyed the presidential beneficence.But his moves vividly illustrate the sharp contrast between those whom the president believes deserve to be pardoned for their crimes and those who are condemned. His decision to reward his friends (and those with friends in the right places) while ignoring the federal death row inmates—even as COVID-19 spreads in the facilities where they are held—is the perfect encapsulation not only of Trump’s values but of how the criminal justice system operates in America. Life and exoneration for the wealthy and well-connected, death and illness for the poor.

As of this week, Trump has enacted the fewest pardons and commutations of any president in 100 years. But he’s carried out the most executions by resuming the federal death penalty and has become the first lame duck president to execute inmates in 130 years. For the first time ever, the federal government carried out more executions than all the states combined. It’s yet another dubious distinction for the president.

Despite Trump’s election loss and President-elect Joe Biden’s pledge to end the federal death penalty, former Attorney General William Barr (who recently resigned after acknowledging that there was no widespread fraud in the 2020 election, much to Trump’s chagrin) scheduled three executions for just days before Biden is sworn in. Now, lawyers for the condemned are asking Trump to commute their sentences, but the Department of Justice has so far ignored their calls.

On January 12, Lisa Montgomery, who was convicted of the 2004 murder of a woman and the kidnapping of her infant, will be the first woman executed in the United States in nearly 70 years. Montgomery’s childhood, like many other people on death row, was marked by sexual and physical abuse. She suffers from severe mental illness as a result. In November, her lawyers contracted the coronavirus either traveling to or at the Texas prison where Montgomery is being held, forcing the government to reschedule her execution from December 8. The lawyers continue to ask President Trump to commute her sentence.

Corey Johnson, who the federal government plans to kill on January 14 for the gang-related murders of four people in 1992, has also been diagnosed with the coronavirus. Johnson suffers from an intellectual disability and his lawyers have argued that his execution will be in violation of the constitution. In 2002, the US Supreme Court ruled that executing inmates with intellectual disabilities is in violation of the Eighth Amendment, which prohibits cruel and unusual punishment. Underscoring the arbitrary nature of the death penalty is the fact that Johnson’s co-defendant, Vernon Thomas, was given a life sentence because of his intellectual disability.

“There is no principled basis to execute Dustin Higgs given that the shooter in this case is serving a life sentence and the trial prosecutors actively misled the jury in Dustin’s case.”

Dustin Higgs is scheduled to die on January 15 for a murder he was convicted of orchestrating in 1996. “There is no principled basis to execute Dustin Higgs given that the shooter in this case is serving a life sentence and the trial prosecutors actively misled the jury in Dustin’s case,” Shawn Nolan, one of Higgs’ lawyers, said in a statement after his client tested positive for the virus. The actual gunman is serving a life sentence for the crime.

Compare these death row inmates with some of those who Trump just pardoned. In 2007, four men working as private contractors for the US security firm Blackwater opened fire in Baghdad’s Nisour Square, killing 17 unarmed Iraqi civilians—including children. Nicholas Slatten, Paul Slough, Evan Liberty, and Dustin Heard were all sentenced to lengthy prison terms. When a former classmate of one of the men heard about Trump’s decision to pardon, she said, “Our blood is cheaper than water and our demands for justice and accountability are merely a nuisance.”

Trump also pardoned allies who went the extra mile in expressing their loyalty to him, such as George Papadopoulos, who served as a foreign policy adviser to Trump’s 2016 campaign. Papadopoulous pleaded guilty to making false statements to federal officials in connection with the government’s investigation into the Russia inquiry and was sentenced to two weeks in jail. Chris Collins, a former congressman from California and early Trump supporter also received a pardon. He’s serving a 26-month sentence for lying to the FBI and conspiracy to commit securities fraud. In total, Trump pardoned 15 people.

Meanwhile, a disease that has been allowed to spread unchecked partially because of the president’s callous indifference has created additional punishment for the death row inmates. The outbreak at FCI Terre Haute, the federal prison that houses male death row inmates, was entirely predictable. Beginning in March, public health experts and criminal justice advocates warned that correctional facilities crowded with an aging and vulnerable population, made them especially prone to virus outbreaks. As I wrote in April:

Packed in tight and often unsanitary living conditions, incarcerated people routinely have no access to soap and water and are frequently at higher risk for contracting illnesses because of underlying health conditions. These realities are at odds with the advice from the Centers for Disease Control and Prevention and public health advocates that self-isolation and frequent hand-washing are the two best strategies for containing the spread of the disease.

Now, one in five prisoners in the US has had COVID-19 and an estimated 1,700 have died. Instead of implementing measures to keep inmates and staff safe, the Trump administration resumed federal executions in July, bringing witnesses, lawyers, correctional staff, and victims to a virus hotspot. Fourteen of the roughly 50 men on federal death row have contracted the disease. The federal government has yet to signal that the outbreaks will compel them to call off the executions, essentially guaranteeing that the virus will spread further and infect more people.

Clemency scholars have argued that that the power to pardon and commute sentences is a tool that has not been used enough in recent years. Pardons and commutations can be used to correct injustices, like draconian drug sentences. But, as with all things Trumpian, the president has repeatedly abused this power and used it not to consider the countless people waiting and hoping for a reprieve but instead to reward his friends and once more settle political grievances. The flurry of pardons isn’t really surprising, after all, he’d already pardoned several controversial figures like Michael Flynn and Roger Stone before this week. Instead, it reveals a grotesque and sobering assessment of who the president of the United States believes is worthy of mercy—and who will never be worthy at all.