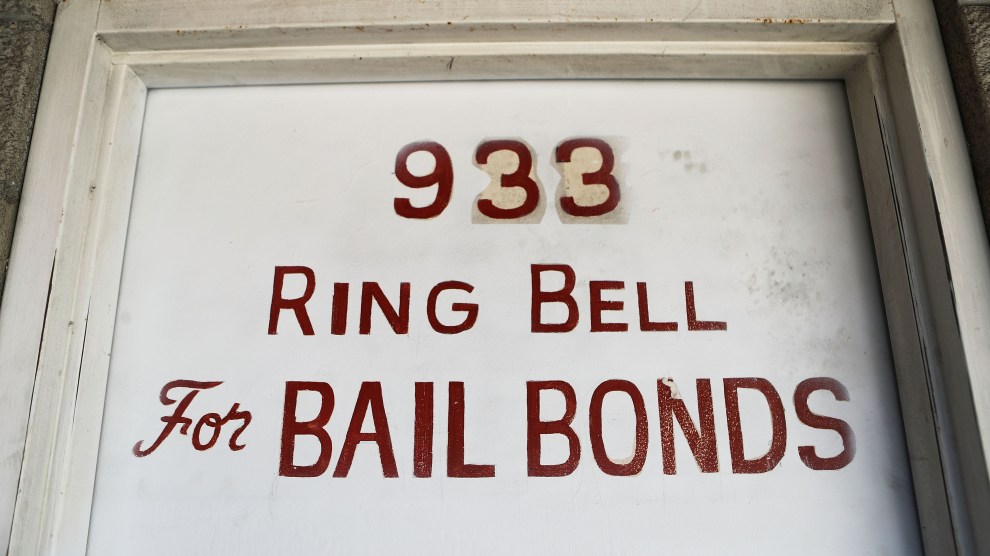 California voters rejected a controversial ballot measure that would have made their state the first to completely abolish the cash bail system, which requires certain defendants to pay money to get out of jail before their trials. Some progressives worried that if Proposition 25 passed, the alternative system it proposed would have landed more people of color behind bars.

Californians also voted on other criminal justice reforms. They passed Proposition 17, which grants voting rights to people on parole in the state. And they voted against Proposition 20, which would have rolled back prior reforms by increasing punishments for certain property crimes and parole violations.

The question of whether to do away with cash bail was especially controversial among California progressives who champion criminal justice reform, as I previously reported in a deep-dive on Prop. 25. Most of them could agree that the wealth-based incarceration system disproportionately locks up low-income people, especially people of color. That’s one reason why many leaders of the state’s Democratic Party, including Gov. Gavin Newsom, wanted to get rid of it. But progressives disagreed whether the proposed replacement—a risk assessment system—would be even more racist.

About 55 percent of voters rejected Prop. 25. The ACLU of Southern California, Human Rights Watch, and the California State Conference of the NAACP were among the progressive groups that campaigned against it, as did the bail bond industry and law enforcement groups, which often oppose Democratic-led criminal justice reforms. These progressives argued that if Prop. 25 passed, judges might use their power to lock up even more people than before, especially people of color. I previously laid out some of their biggest concerns:

[Under Prop. 25] people accused of felonies and certain violent misdemeanors could still be jailed while awaiting trial. Prop. 25 replaces cash bail with something else: Instead of looking at bail schedules, judges would decide whether to release people with help from risk assessment tools—which harness algorithms to guess a person’s odds of committing another offense or skipping court…

And some progressives worry that once a person is jailed, there will be no way to get them out. Bail at least provided an escape valve. Now, they fear, “there will be no more bailouts. There will be nothing we can do,” says [Lex] Steppling [of Dignity and Power Now]. He worries judges will overwhelmingly use their discretion to jail anyone who scores medium or high risk.

Some supporters of the ballot measure acknowledged that risk assessment tools might harm people of color, but on balance, they predicted it would harm fewer of them than the cash bail system. If Prop. 25 had passed, each county in California would have publicly identified all the factors that went into their risk assessment calculations. Reports would also have been published once annually about the racial disparities that resulted, indicating whether people of color were disproportionately jailed. Here’s how John Bauters of Californians for Safety and Justice, a criminal justice reform group that supported the ballot measure, defended it to me recently:

“We do not pretend that [Prop. 25] is a panacea, that this is going to eliminate racism,” says Bauters…“but we really view it as a significant step forward in the path to doing that.”

Many California counties already use risk assessment tools as they set bail or decide who gets access to pretrial services, he adds, and they often do so with less transparency than the proposition requires.

He adds that if voters don’t pass the ballot measure now, state lawmakers might assume people prefer the status quo and refrain from passing other reforms later. Getting rid of the bail bond industry, he adds, will make it much easier to push for more progressive improvements going forward, because the industry will no longer have the profits to spend millions of dollars lobbying against reforms.

If Prop. 25 had passed, California would have been the first state to completely abolish cash bail. But others have significantly rolled back the practice, including New Jersey, which virtually eliminated it in 2017, allowing judges to use risk assessment tools to help decide who is jailed. Last January, New York scaled back its use of cash bail too, without relying on risk assessment tools. Instead, judges there decide who goes free mostly based on what type of crime they committed.

In California, some progressives who rejected Prop. 25 hope lawmakers will go back to the drawing board and come up with a way to reform or abolish cash bail that doesn’t rely on potentially racist algorithms. “If we build a strong, powerful movement, they will have to go along with what we want,” John Raphling of Human Rights Watch told me. “We’re not taking cues from what the political establishment says we can do.”