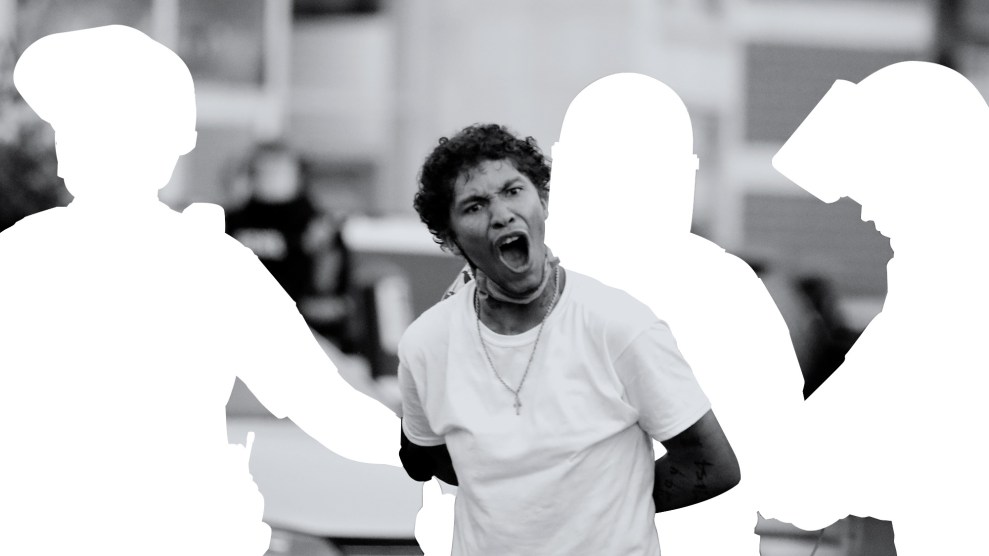 Following the killing of George Floyd in Minneapolis and an outbreak of police violence in response to nationwide protests, calls for change in America’s police departments are coming from activists, public officials, and celebrities. But unlike past attempts to reform the police in the wake of high-profile killings of people of color, which often centered on increased oversight or training, this time the demands are far more radical: defund police departments or abolish them entirely.

Efforts to cut off funding for police have already taken root in Minneapolis, where the police department’s budget currently totals $193 million. (In 2017, the department received 36 percent of the city’s general fund expenditures.) Two days after Floyd’s killing, the president of the University of Minnesota declared that that the campus would no longer contract with the police department to provide security for large gatherings like football games. On Friday, a member of the Minneapolis Board of Education announced a resolution to end the school district’s contract to station 14 cops in its schools. And community groups such as the Black Visions Collective and Reclaim the Block are petitioning the city council to cut the police department’s budget by $45 million and reinvest the money in health and (non-police) safety programs.

With other campaigns to cut police budgets underway in cities like Los Angeles and New York and calls to defund the police gathering steam on social media, I spoke with Brooklyn College sociology professor Alex Vitale, the coordinator of the Policing & Social Justice Project and author of The End of Policing, to talk about the sweeping vision of police abolition and what it means in practice.

Madison Pauly: Why defund the police, rather than reform them?

Alex Vitale: Five years ago, in the wake of the murders of Mike Brown and Eric Garner and Tamir Rice, we were told, “Don’t worry, we’re going to fix it. We’re going to give the police implicit bias training. We’re going to hold some community police encounter sessions. We’re gonna buy some body cameras.” A whole set of what we often refer to as “procedural reforms” designed to make the police more professional, less biased, more transparent—and that this is going to magically fix the problem. But things did not get better. People are still being killed, and more importantly, the problem of overpolicing remains.

Why didn’t it work?

Procedural justice folks, they want to restore the public’s trust in the police so that the police can go back to policing. But this ignores the question of what they are policing, and whether they should be policing it. We have [millions of] low-level arrests in the United States every year and most of them are completely pointless. It is just a huge level of harassment meted out almost exclusively on the poorest and most marginal communities in our society. There is a deep resentment about policing in those places. And then, when there’s a high-profile incident, it unleashes all this pent-up anger and rage.

Reducing policing goes hand in hand with widespread decriminalization, then—of things like having an open container in your front yard or selling untaxed cigarettes.

How do you mesh the idea of police abolition with the need to address serious public safety threats like murder or aggravated assault (when those crimes are committed by the general public)?

The criminal justice system says there’s one strategy for everything—make arrests, put them in prison. What abolitionists say is, Well, let’s figure out why they’re doing this and try to develop concrete prevention strategies. Not all homicides are the same. Is it a domestic violence case? Is it a school shooting? Is it a drug deal gone bad? We know, for instance, that in almost all the school shooting cases, somebody had a pretty good idea that this might happen, but did not tell anyone—or told the police and the police had no tools to do anything about it. What if instead, we had a system in place where when a young person thinks their friend might do something awful, can go and talk to a responsible adult without worrying that the police will get involved, that they will have ratted on their friend to the police, or that their friend will get expelled from school because of some zero tolerance policy?

“What we have now is far from perfect. People get killed all the time, even though our society is filled with police.”

It’s important to remember that there is no perfect world, there’s no perfect solution. What we have now is far from perfect. People get killed all the time, even though our society is filled with police. Can we come up with a situation where there are fewer killings, and fewer collateral consequences?

Where did the movement to abolish the police come from?

It began to take a coherent shape in the late ’60s, early ’70s. Initially, the radical edge of this, from the Black Panthers and others, was the idea of community control of the police. But a group of activists and academics wrote a document called The Iron Fist and the Velvet Glove, in which they began to say, “Wait a second—is there any policing that’s actually a good idea?” When we understand the fundamental nature of policing, even if the community has control over it, it’s still a state institution that’s predicated on the use of violence to fix problems. And historically, it has never operated in the interests of the poor and the nonwhite.

After the ’70s, this idea became very dormant. It was the rise of mass incarceration in the last 20 years that has brought this idea back into the fore. A little over 20 years ago, Critical Resistance was formed in California, which was mostly focused on prison abolition. This led to works by Angela Davis and Ruth Wilson Gilmore that were focused on prison abolition. But communities understood that to achieve prison abolition, we needed to do something about policing as well. So little campaigns began to pop up. In the Black Lives Matter era, there’s been a deepening of analysis among the activists who initially just wanted to jail some killer cops, but then began to see that that would not really fix the problem.

Have the campaigns had any victories?

There have been little victories that kind of presaged what we’re trying to do, but not a lot. Sometimes, what we did is we prevented an increase in spending. People managed to kill a particular program, or funding for a new police academy.

The victories are not going to look like a police department getting shut down. A victory is going to look like, we got police out of the schools, or we created an alternative to using the police to deal with homelessness.

What does this end up looking like on a practical level, say, if my car gets stolen?

A friend of ours, they had their car stolen. The police actually recovered it and arrested the driver. So they were like, “See? We need police.” And I said, “Well, let’s dig a little deeper here. What do we know about the person who got arrested that stole your car?” “Uh, the police said that he’d been arrested a bunch of times and there was drug paraphernalia left in the car?” And I’m like, Hmm. So we tried policing a bunch of times with this guy. Did it prevent your car from getting stolen? No. Is this person stealing cars because they have a drug problem? Probably. Is sending them to jail over and over again fixing their drug problem? No. Okay, if we want to reduce vehicle thefts, the first time that we come in contact with this person, we’ve got to start trying to address what’s driving their problematic behavior.

Without police, or with drastically scaled back police forces, how does the picture change for people and communities who don’t use the police or trust them?

For those folks, the picture changes because hopefully they won’t have so many problematic things to deal with. The reality is a lot of people just don’t call the police as it is because they feel like it’s just going to make their lives worse. That is a deep truth. And so what we want to do is not just to leave them on their own, we want to try and start fixing their problems. Like domestic violence, which goes grossly underreported because huge numbers of survivors feel that getting the police involved is just going to make the situation worse. Police come, either do nothing, arrest both parties, or arrest the man whom the woman was financially dependent upon. He’s pissed off when he gets out of jail, and he comes and beats her up again. Where’s the community resource center? Where are the supports for families, so that maybe they can fix their problems? Where are the outlets for women so that they can live independently, to get away from an abuser?

How would things change for the white people who reflexively rely on and trust the police—the Amy Coopers of the world?

They won’t have this resource that they can weaponize against people. They’ll have to figure out other ways of resolving their problems.