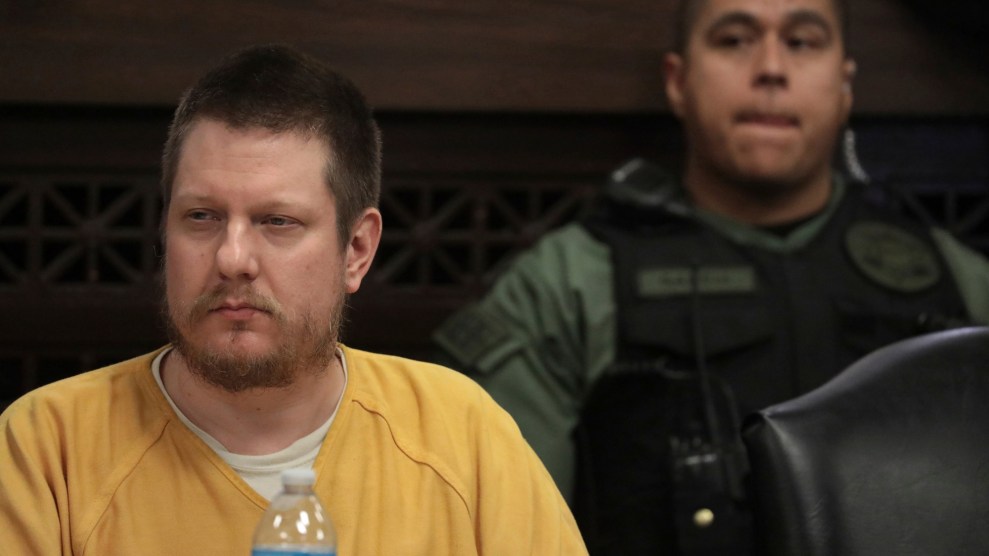 Jason Van Dyke, the white former Chicago police officer who was convicted of second-degree murder in October for killing black 17-year-old Laquan McDonald in 2014, has been sentenced to 81 months, or nearly seven years, in prison. The decision Friday concludes a yearslong legal battle, which included a separate trial for three officers who were alleged to have conspired to cover up the shooting. (The officers were acquitted Thursday.) Van Dyke was sentenced on the second-degree murder charge, which carried a lesser sentence than the aggravated battery with a firearm charges he was also facing. With good behavior, Van Dyke could be out in a little over three years from now.

Although the sentence is relatively short, it’s still notable. Since the shooting death of teenager Michael Brown in 2014 and the subsequent national outrage over police killings of black people, very few cops involved in such shootings have been convicted, much less sentenced to substantial prison time. Notable exceptions are Michael Slager, the Charleston, South Carolina, cop who shot and killed Walter Scott in 2015 after a traffic stop, and Roy Oliver, the Dallas officer who killed 15-year-old Jordan Edwards when firing into a car full of teens in 2017. Slager and Oliver were convicted of civil rights violations and murder, respectively, and the former was sentenced to 20 years in prison while the latter got 15 years. According to a New York Times analysis of 15 high-profile police shootings that occurred between 2014 and 2016, only three resulted in convictions. Only one (Slager) ended in prison time.

In addition to second-degree murder, in October jurors also convicted Van Dyke on 16 counts of aggravated battery with a firearm, one count for every shot Van Dyke fired. Before Friday’s hearing, Van Dyke was facing anywhere between probation and more than 96 years behind bars. During the sentencing hearing, the prosecution called black men who allegedly were mistreated in the past by Van Dyke while he was on duty.

Police video footage released long after the shooting, which some observers had described as an “execution,” sparked widespread protests and calls for Mayor Rahm Emanuel to step down. (The embattled mayor announced in September that he wouldn’t seek a third term.) As my former colleague Brandon Patterson, who covered the case extensively, reported last year:

Following the judge’s decision, Chicago activists and others reacted to the sentence:

He won’t serve it all.

I’m happy that this part of the process is over with for Laquans family and community.

The system will never give us justice. It isn’t where I give my hope.

#JasonVanDyke looked extremely pleased. His lawyers did too. Many people will see this as a slap on the wrist.