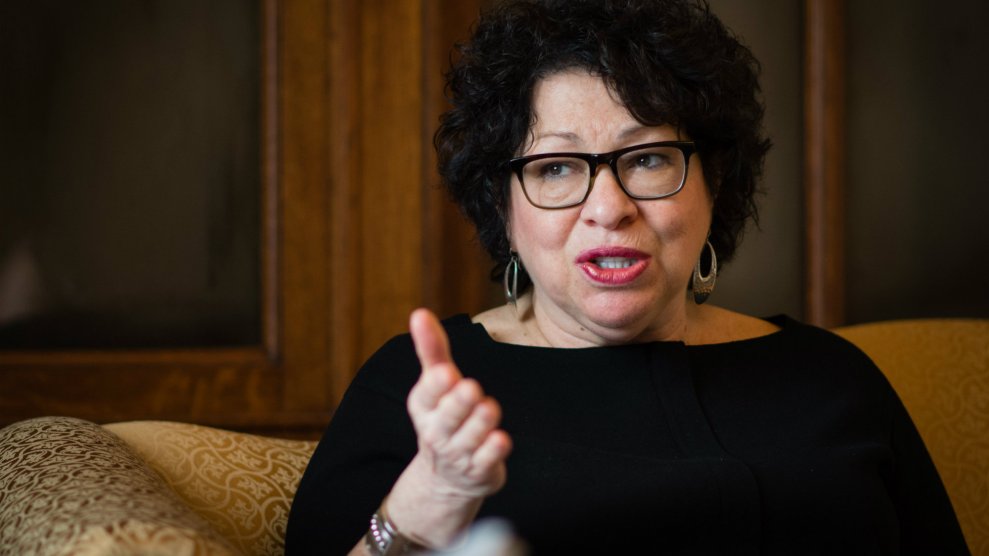 Billy Ray Irick, a 59-year-old Tennessee death row inmate, is scheduled to die Thursday night for the 1985 rape and murder of seven-year-old Paula Dyer. In February, Irick and dozens of other Tennessee death row inmates filed a lawsuit against the state arguing that its new lethal injection cocktail, which includes the controversial sedative Midazolam that has been blamed for several botched executions, would be tantamount to torture.

Just hours before his execution was set to begin, the US Supreme Court denied his stay of application, allowing the state to move forward. The court did not indicate how all the members voted, but Justice Sonia Sotomayor wrote a grim six-page dissent.

“In refusing to grant Irick a stay, the Court today turns a blind eye to a proven likelihood that the State of Tennessee is on the verge of inflicting several minutes of torturous pain on an inmate in its custody,” Justice Sotomayor wrote.

In the lawsuit, experts warned that Midazolam was not sufficiently powerful to prevent inmates from feeling pain from the second drug, a paralyzer, and the third drug, which stops the heart. Ultimately, the inmates lost their case because they were unable to prove that there was a less painful way to carry out the executions or that the drugs could be considered cruel and unusual punishment.

But Sotomayor disagreed. “If the law permits this execution to go forward in spite of the horrific final minutes that Irick may well experience,” she wrote, “then we have stopped being a civilized nation and accepted barbarism.”