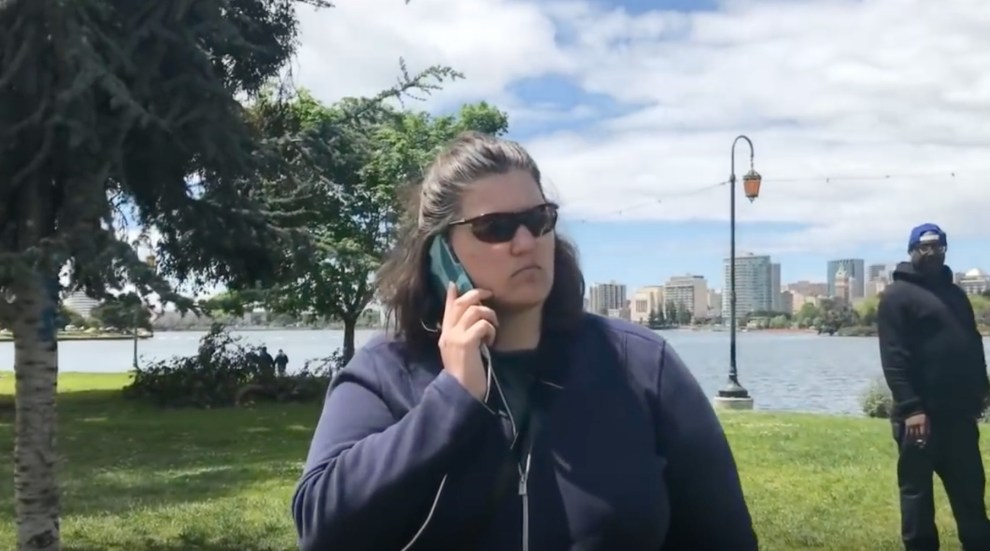 Last week, Erica Walker, then manager of an apartment complex in Memphis, Tennessee (she was subsequently fired), became the latest white person to gain notoriety for calling police on a black person—in this case because the man wore socks into the complex’s pool, in apparent violation of a property rule requiring proper swimming attire.

The incident closely followed a similar one at a private pool in North Carolina and reports that a white woman in a Cleveland suburb had called the cops on a 12-year-old black boy who had accidentally crossed into her yard while moving her neighbor’s lawn. Mic has since reported that the woman and others in her household had called the police more than 60 times in 18 years, several of those times on the black family living next door.

This week—the list never stops growing—a person called the police on an 11-year-old boy on the first day of his paper route in Cincinnati, Ohio. According to the police department, the caller reported “suspicious activity” involving a car—the boy’s mother was trailing him—and two people on foot, one of whom they said they saw “approach a home empty-handed but leave holding something.” As it happens, the boy is the great-grandson of Ohio’s first black highway patrolman.

“The obvious [police policy], to me, is we’re not going to allow ourselves to be used as a vehicle to express hate.”

These types of incidents have prompted calls on social media for police to press charges against people who sic cops on others who are not breaking the law. And while that might make sense on the back end, I reached out to some police policy and reform experts to discuss whether there’s a better way to manage such situations before they turn into yet another viral outrage. Among them was Jim Bueerman, president of the Police Foundation.

“What clearly should be happening is discussions internally with dispatch personnel and with police officers and supervisors about, ‘What is our response going to be when somebody does this?'” Bueerman says. “You have to decide at the leadership level, what is [our] message? The obvious one, to me, is we’re not going to allow ourselves to be used as a vehicle to express hate. We’re not going to let somebody use us to mess with somebody else.”

Chuck Wexler, executive director of the Police Executive Research Forum, believes that police departments should press their dispatchers to ask callers detailed questions in order to help officers understand what they might be walking into. “Call takers really have to get beyond some of the basic information and ask, ‘Well, you’re concerned about this—what exactly happened?’ or ‘What issues are there? Did they do something? Did you see [anything]?'”

This information can be crucial, Bueerman adds, especially in cases in which it’s unclear whether any crime was committed. Suppose a caller reports a black person they don’t recognize in the neighborhood. Just knowing that the caller cannot articulate any specific troublesome conduct by that “suspicious” person gives the responding officers a better read on the situation—or lack thereof.

Officers dispatched to a scene, meanwhile, should quickly consider whether their involvement is warranted—or even legal. Consider the recent pool encounters, Wexler says, where staff on private property summoned police to enforce their internal policies. They should be asking, “‘Do I have the legal authority? Am I the best one to handle this situation? What law has been violated? Are there better resources that could be used to deal with this situation?'”

“The guy with the socks in the pool—this is crazy to call the police on that.”

And when should a police supervisor simply tell the caller no? “The guy with the socks in the pool—this is crazy to call the police on that,” Bueerman says. “So how does a police department handle that and say, ‘That’s not something we can do.'”

Every state has laws on the books outlining when it is appropriate to call 911, although people who violate them are rarely punished. In San Francisco—where in June a white woman called police on a nine-year-old black girl selling water outside her apartment building without a permit—around 10 percent of the 911 calls for police made annually should be directed to the department’s non-emergency line or to 311, according to the San Francisco Chronicle. (Approximately 30 percent are accidents.) Which means city residents made around 70,000 unnecessary 911 calls last year. (In an essay for Vox, a former Oakland police dispatcher wrote about her experience with the same problem.)

Phillip Goff, co-founder and president of the Center for Policing Equity, told me that in some cases when a caller violates the 911 laws, departments should have their responding officers impose the assigned penalties, typically a fine. Doing so—or even warning callers of potential legal consequences—runs the risk of discouraging people from calling 911 in an actual emergency, Goff acknowledges, but “there needs to be the opportunity to use that in the most extreme of these conditions.”

As a rule, dispatchers are trained to contact a police supervisor to help vet calls they suspect do not warrant a response. Bueerman says police officials should also develop policies to help those supervisors make the appropriate determinations. Departments will certainly face blowback if they fail to respond to calls that turn out to be serious, he adds, but in some cases the abuse of resources could be prevented “through a policy that says, ‘We’re not responding to something like that.’