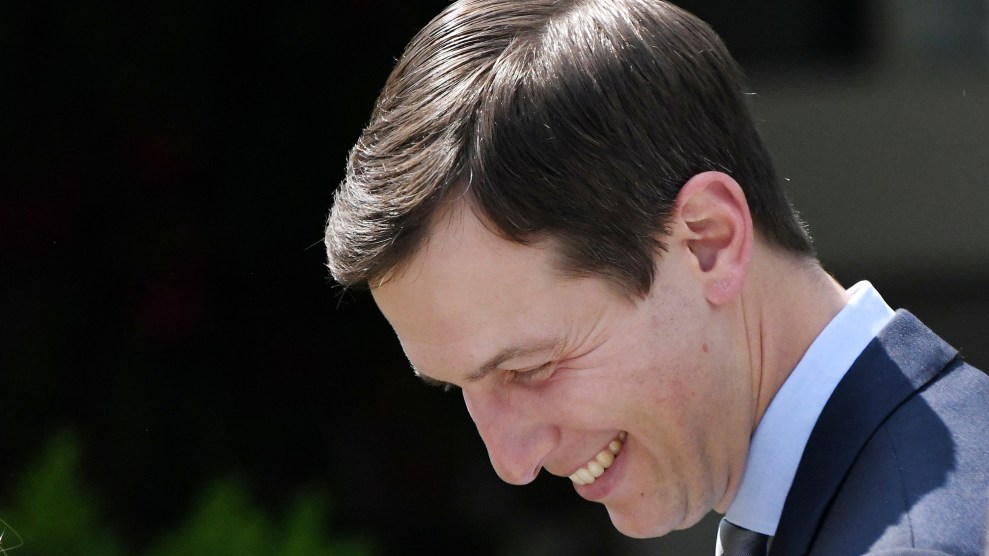 Donald Trump just scored a victory on criminal justice reform, and some Democrats are actually pleased. In a 360-59 vote, the House of Representatives approved a prison bill on Tuesday that the president and his son-in-law, Jared Kushner, support as a way to reduce recidivism. But even though the legislation passed easily, some progressive groups and senators have slammed it because they argue it isn’t comprehensive enough.

The First Step Act, sponsored by Reps. Doug Collins (R-Ga.) and Hakeem Jeffries (D-N.Y.), seeks to improve conditions at federal prisons and to reduce recidivism by encouraging inmates to participate in job training and other personal development programs. On Friday, Trump threw his weight behind the measure, which has been criticized by key Senate leaders because it does not including sentencing reform. “I urge the House and Senate to get together…work out their differences, get a bill to my desk,” Trump said during a prison reform summit at the White House. “I will sign it.”

The bill would require inmates to be housed within 500 miles of their families and would prevent prisons from shackling pregnant women. It would also allow some inmates who participate in rehabilitative programs to spend more of their sentences in a halfway house or home confinement.

But dozens of progressive groups and former Justice Department officials oppose it because they say it does not go far enough. Their main concern is the bill’s lack of sentencing reform, which they argue will be crucial to reduce the overcrowding that leads to poor conditions and long wait lists for educational programs behind bars. They say the legislation is also impractical, in part because halfway houses don’t have enough beds for more inmates.

“The Trump administration is pushing a misguided legislative effort…that threatens to derail momentum for sentencing reform,” former Attorney General Eric Holder wrote in an op-ed before the House vote. In a letter to lawmakers, the NAACP, the American Civil Liberties Union, and dozens of other progressive groups argue that if Congress passes a prison bill now, it’s unlikely lawmakers will return anytime soon to push through other criminal justice reform measures. “If Congress is serious about addressing meaningful prison reform, it will pass legislation that would deal with the conditions of confinement such as reducing the use of solitary confinement, providing adequate medical care to prisoners, and addressing exorbitant prison phone rates,” they wrote.

Jared Kushner, whose billionaire father was once incarcerated for tax evasion and illegal campaign contributions, has urged lawmakers to do what they can now to improve prison conditions and focus on sentencing reform later.

Kushner, whose billionaire father was once incarcerated for tax evasion and illegal campaign contributions, has urged lawmakers to do what they can now to improve prison conditions. “The continued debate on sentencing should not impede the immediate progress the federal government can make to give prisoners a better shot at a successful life,” he wrote in a recent op-ed. Some Democratic lawmakers and progressive groups, including Families Against Mandatory Minimums and Van Jones’ #cut50, have thrown their support behind the First Step Act, pointing out that the legislation would also allow inmates to accrue slightly more good-time credits to shorten their sentences.

Wanted to let you know that Bryan Stevenson, widely regarded as the nation’s leading voice on criminal justice reform, and his organization Equal Justice Initiative has announced support for the FIRST STEP Act. I will be voting YES.

Though the bill has passed in the House, it faces steep hurdles in the Senate. Republican senators and aides told Politico that Senate Majority Leader Mitch McConnell (R-Ky.) is unlikely to try to move the legislation while it faces opposition from Senate Judiciary Chairman Chuck Grassley (R-Iowa). Grassley has expressed frustration that his own bill, the Sentencing Reform and Corrections Act, has stalled amid pushback from Attorney General Jeff Sessions, who has said it would allow a “highly dangerous…criminals” to leave prison sooner by reducing their sentences.

While lawmakers debate reform on the Hill, changes may already be afoot at the Bureau of Prisons. On Friday, the bureau’s director, Mark Inch, who assumed control of the agency last September, announced his resignation. He did not provide a reason for his decision to step down. The bureau is currently under review by the House Oversight and Government Reform Committee over allegations of understaffing and other issues.