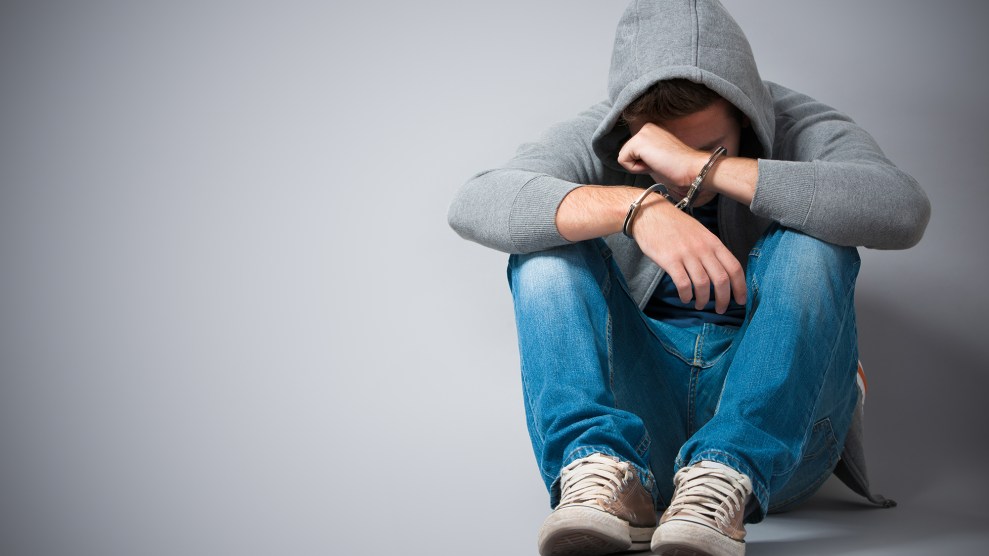 The California Supreme Court ruled on Monday that it’s unconstitutional to send juvenile offenders to prison for 50 or more years after certain nonhomicide offenses, arguing that such a sentence would be functionally the same as life-without-parole.

The 4-3 decision is the latest in a wave of rulings to recognize that teen offenders are less developed than adult offenders, and that their potential for growth should make them eligible for a second chance. The case centered on two men who were 16 years old when they raped two teen girls in San Diego County in 2011. One was sentenced to a prison term of 58 years to life, while the other got a term of 50 years to life. The state Supreme Court ruled that their sentences were too long. “Children are constitutionally different from adults for purposes of sentencing,” the justices found, citing precedent from the US Supreme Court.

California’s ruling is not unique. Other states like Wyoming, Connecticut, and New Jersey have seen similar decisions in recent years. It “highlights the trend we’re seeing nationally,” says Heather Renwick of the Campaign for the Fair Sentencing of Youth, an advocacy group. But California is the biggest state to issue such an opinion, with the country’s largest prison population.

Over the past decade, the US Supreme Court has heard a series of cases about long sentences for juvenile offenders. In 2005, the Supreme Court ruled that teens could not be sentenced to death. Five years later, in Graham v. Florida, it found that juveniles guilty of offenses other than homicide could not be sentenced to life-without-parole, which the justices said would violate the Eight Amendment’s prohibition on cruel and unusual punishment.

States have continued to debate the right length of a fair sentence for these youth offenders. “States and federal courts have been wrestling with whether there’s really a difference between 50 years or 100 years or 241 years before a chance at parole and no chance for parole,” says Joshua Rovner of the Sentencing Project, an advocacy group. “We’ll see where they land, but the results have been promising so far.”

In 2012, the US Supreme Court ruled that mandatory life-without-parole sentences were also unconstitutional for juveniles who had committed homicides. After that, California’s state Supreme Court ruled that a juvenile’s sentence of 110 years to life for attempted murder was functionally the same as a life-without-parole sentence, arguing that “a state must provide a juvenile offender ‘with some realistic opportunity to obtain release’ from prison during his or her expected lifetime.”

In the case at play this week, California Attorney General Xavier Becerra argued that unlike a 110-year sentence, a 50-year sentence does give young offenders the opportunity for release. But in their ruling, the justices described his logic as “misguided at a…fundamental level,” noting that “a lawful sentence must offer ‘hope of restoration,'” and that “a young person who knows he or she has no chance to leave prison for 50 years ‘has little incentive to become a responsible individual.'”

Read the full California ruling below.